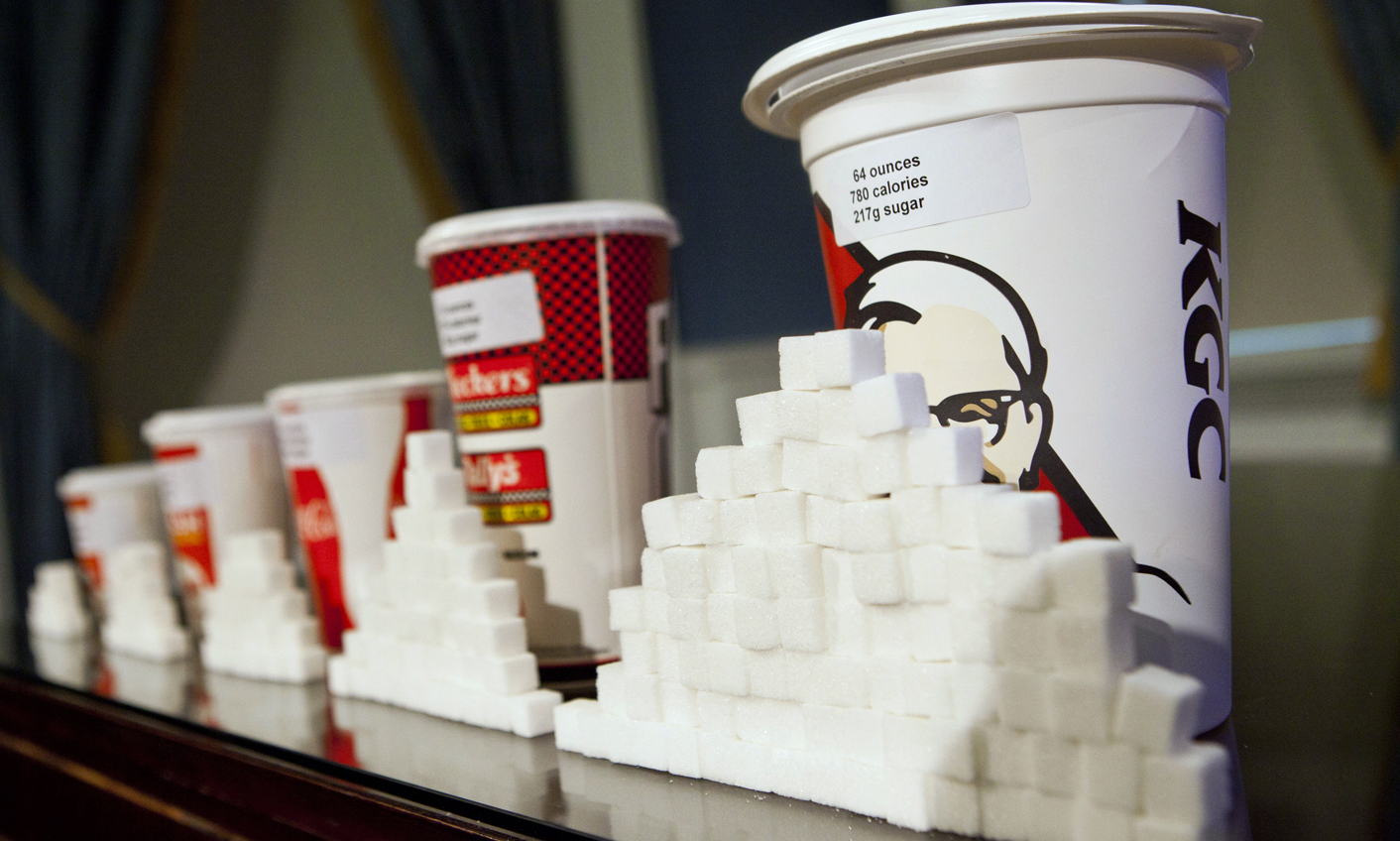 “Get your hands off my super-sized soda!” – That about sums up the entire Republican ideology this election season. It’s about individual rights, and Big Government getting the hell out the way while grown adults consume what they want, when they want it. But as New York City prepares to ban large sodas and sugary beverages in the coming year, and as a chilling new study makes clear, no one – especially the poor – are immune from the evils of giant cups of Coke. By RICHARD POPLAK.

As we’ve noted in these pages before, obesity is not exclusively a developed world problem – it’s also a developing world problem, and one that has signi?cant economic implications for countries trying to contain their healthcare costs, South Africa among them.

As communities and countries emerge from abject poverty, they have access to processed food that is often cheaper, and tastier, than traditional staples. As these high calorie, sugary foods become part of the diet, and as people become more educated and sedentary, the kilograms pile on. The diseases associated with obesity run the gamut – diabetes, heart disease, vascular disorders, you name it. All of those problems cost money to ?x, insofar as they are ?xable, and signi?cantly damage a nation’s productivity. An overweight country is a sickly country, one where health care costs become the signi?cant, if not the only, political talking point.

In the United States, where poorer communities are all but indistinguishable from developing nations in terms of education, income, and general access to health care, a recent study noted that lower income American white women have lost four years of longevity over the past two decades.

Looked at from this perspective, it becomes clear that food choices aren’t merely a question of personal preferences. In America, telling people what to eat is a political hot potato, one that cities and states are increasingly unafraid to pick up and toy with. Take New York City, for instance. Long the bastion of banning everything, even during the tenure of Republican mayor Rudy Giuliani (the current mayor, Michael Bloomberg, is a small “c” conservative), the city has now taken the controversial step of banning super-sized sugary beverages.

According to the New York Times, “the proposed ban would affect virtually the entire menu of popular sugary drinks found in delis, fast-food franchises and even sports arenas, from energy drinks to pre-sweetened iced teas. The sale of any cup or bottle of sweetened drink larger than 16 ?uid ounces — about the size of a medium coffee, and smaller than a common soda bottle — would be prohibited under the ?rst-in-the-nation plan, which could take effect as soon as next March.”

There are all sorts of contradictions at play here: in a city where cigarettes and alcohol –known killers – are readily available, if heavily regulated, what good does it do to ban enormous tubs of Fanta? What’s more, fruit juices often have a higher sugar content than sodas, and those will not be included in the ban.

There are holes aplenty in the Bloomberg administration’s new legislation, but it represents a ?rst salvo in the attack on the triggers of obesity—over consumption, and massive amounts of sugar.

But just how deadly are sugary drinks, in grand the scheme of things? Pretty deadly, it turns out.

A massive new study, recently published in the New England Journal of Medicine, sets out the dangers plainly. First, the editorial cites some astonishing data: “Sugar intake from sugar-sweetened beverages alone, which are the largest single caloric food source in the United States, approaches 15% of the daily caloric intake in several population groups. Adolescent boys in the United States consume an average of 357kcal of the beverages per day… large increases in consumption of sugar-sweetened beverages have occurred among black and Mexican-American youth, who are known to be at higher risk for obesity and the development of type 2 diabetes than their white counterparts.”

The editorial notes that while the beverages are high in caloric content, they have almost no nutritional value. But the above information, while scary, still lacks the wallop of the following: “This study provides strong evidence that there is a significant interaction between an important dietary factor — intake of sugar-sweetened beverages — and a genetic-predisposition score, obesity, and the risk of obesity. Hence, participants with a greater genetic predisposition may be more susceptible to the adverse effects of sugar-sweetened beverages on obesity; this is a clear example of gene–environment interaction.”

In other words, sugary beverages act as a genetic trigger for obesity in a wide range of demographics, but particularly in children, and more often than not, children of colour. The editorial study does not imply that this is a developed world health problem; it specifically notes that the implications on the developing world are just as dire. And the studies (the Journal cites three others that come to the same conclusion) are wide enough to suggest that the consumption of sugared drinks is a major contributing factor to the global obesity epidemic.

The New York City impulse to ban is not something that a country like South Africa could easily embrace at this point – there are legitimate health care issues that should no doubt precede any hysteria over sugary drinks. (Aids pops to mind, as does general health care delivery). That said, if our leaders possess even the smallest ability to peer into the future, dietary education could end up saving billions over the course of the century. One thing is as certain as our genetic predisposition to getting fat off soda – as countries develop, people live longer and are sick for the latter part of their lives. They end up becoming the single largest burden on the treasury, and a political millstone. But there are ways to avoid this. Soda consumption is among them. DM

Photo: A 64-ounce drink is displayed alongside other soft drink cup sizes at a news conference at City Hall in New York, May 31, 2012. REUTERS/Andrew Burton