UN General Assembly: What to watch in Africa 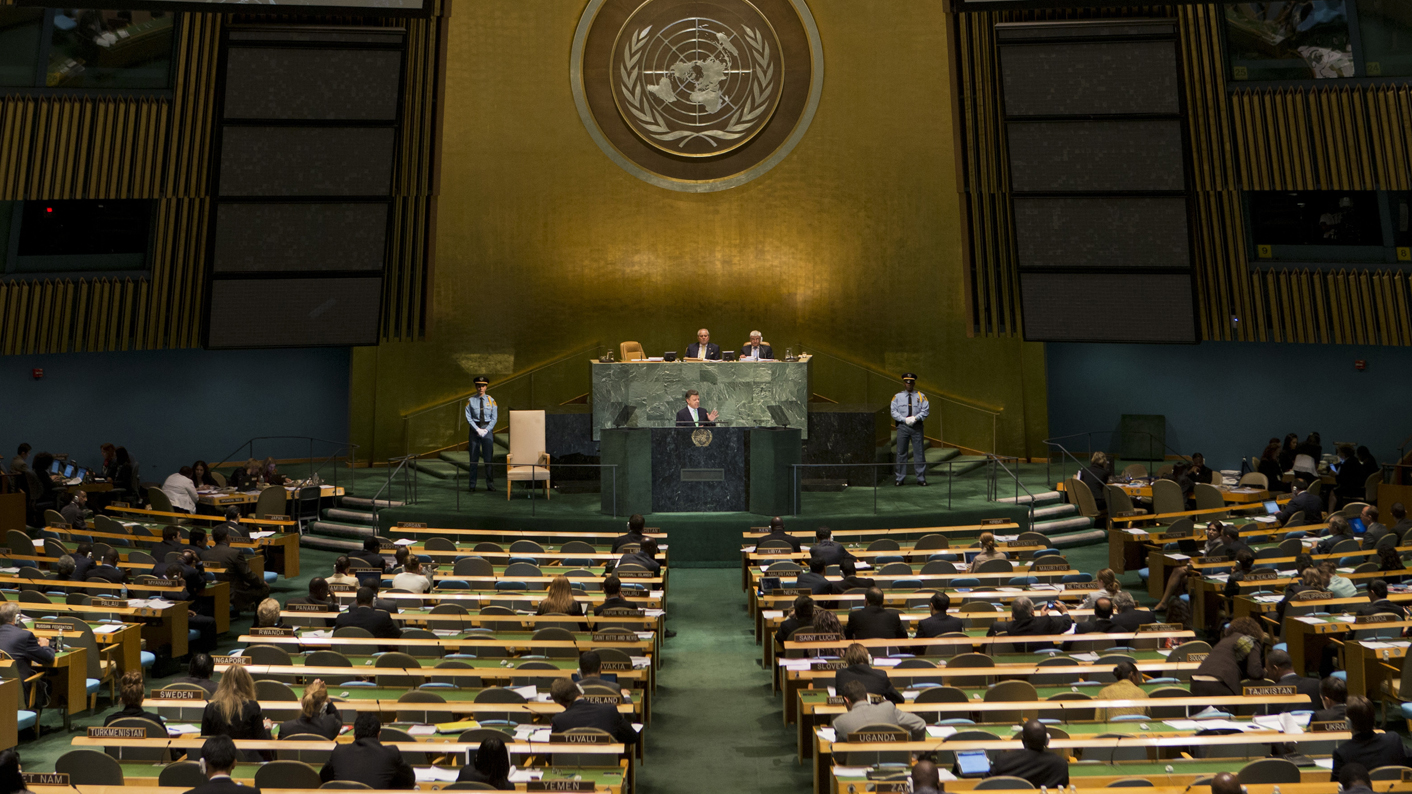 World leaders are gathering in New York this week for the 67th United Nations General Assembly. U.S. President Barack Obama’s already stolen the show with his last major address before he faces the election, but GREG NICOLSON looks at the relationships, meetings and issues preoccupying Africa-watchers.

African leaders used the opening day’s high-level debate to call for the acceleration, or start, of the process to democratise the UN’s highest decision-making body, the Security Council. President Jacob Zuma said the current format is failing to address the world’s needs and “has a propensity for deadlock and paralysis in the face of crisis… It remains unrepresentative and undemocratic in both its composition and decision-making.“

South Africa wants the Security Council expanded to include two permanent African seats and five non-permanent seats. Benin’s President Boni Yayi and Zambia’s President Michael Sata backed up Zuma’s calls, as have a list of African leaders in the past.

The Security Council currently includes five permanent members, each with veto powers, and 10 rotating members. South Africa feels it was played last year when it voted in the council for a no-fly zone over Libya, after which member states then influenced the outcome of the civil war by bombing Gaddafi positions. The Security Council’s ineffectiveness is currently on display: it’s been paralysed from making a decision on Syria due to the permanent members’ own interests and alliancesBut don’t expect a change in its setup any time soon. It would make sense: much of the work the UN does, or neglects to do, concerns Africa; adding more seats could help break the frequent impasses. Yet the veto-wielding members – France, Britain, Russia, China and the United States – are quite fond of the power they wield and there hasn’t yet been a united force for a shake-up.

In an unusually stern address, UN Secretary General Ban Ki-moon said the world is in “a time of turmoil” and “the international community should not look the other way as violence spirals out of control.” It will have the opportunity to take action this week on one such crisis when it is expected to consider a request for an international force in Mali.

French President Francois Hollande has called the situation “untenable and unacceptable” and pledged technical support to a West African-led military intervention. The Economic Community of West African States has 3,000 troops ready to try to take back the tracts of land seized that Tuareg rebels and Islamist groups earlier this year in the country’s north.

The spectre of al-Qaeda in the region and influence of France may help the cause for an intervention. But before offering support the Security Council will want to hear all the details – a plan, a budget, goals, commitments (all the those annoying details getting in the way of a war). The current Ecowas plan may not pass muster and Mali’s government seems reluctant to accept it in full.

UN member states will no doubt hope they’ve learned the lessons of the Arab Spring and its aftermath. They’ll ask: is it wise to back a military intervention in an unstable region in a country with a weak government? But can members stand idle after 250,000 Malians have had to flee the country?

The crisis in eastern Democratic Republic of Congo will also be discussed, but the likelihood of adding troops to the current peacekeeping force is unlikely. Instead, the UN meeting has been used as another blamefest between Congolese President Joseph Kabila and his Rwandan counterpart Paul Kagame.

The U.S. and the new governments

New York is hosting the general assembly only a week after parts of the Arab world protested over the cheap, crude anti-Islam film that radical groups used to justify the killing of the American envoy to Benghazi. The death of U.S. Ambassador Christopher Stevens saw the U.S. government reeling from a backlash of the Libyan uprising it supported. Relations between Tripoli and Washington were strained over whether they had advanced knowledge of the plans and the security around the embassy.

President Obama used his speech on Tuesday to thank the people and government of Libya for condemning the radical groups and refusing to allow them to operate as rogues. Obama vowed to bring Stevens’ killers to justice but said he would continue to support democratic freedoms won in the Arab Spring.

But freedom from oppression can also loosen the ties of international obligation. Egyptian President Mohamed Morsi has refused to bow to the U.S. like his predecessor Hosni Mubarak, making it clear Egypt won’t be a blind ally. Cairo was criticised when protestors last week threatened Western embassies, with Obama calling Egypt neither enemy nor ally. The White House quietly denied Morsi a meeting with the president and he humbly withdrew his request, understanding it’s a U.S. election year.

The world will be watching as Morsi makes his first address to the UN overnight. Analysts will pick out any comments suggesting the former Muslim Brotherhood leader’s ideals towards democracy. Obama used his address to condemn hate speech, but threw most of his weight behind the ideals of free speech. Morsi’s much more likely to condemn any insults to the Prophet Muhammad and remind the West that rights come with responsibilities.

Like all good targets, the millennium development goals have an end date. Along with national interests, the UN’s eight MDGs to free people from extreme poverty and other deprivations have provided a framework for aid donors since 2000. They’ve offered measurable targets in the fight against poverty and given the world’s do-gooders a worthy cause to avoid getting boring, meaningless jobs. But alas, all good things must come to an end and the MDGs targets are set for 2015.
For the first time, the UN’s 26-member panel on a post-2015 developmental agenda will meet this week. They have to balance the successes with the failures while incorporating demands for the goals to be expanded. Already, there’s pressure for issues such as climate change, human rights and economic inequality to be included in the new targets. Expect some real progress on these in the next 12 months. DM