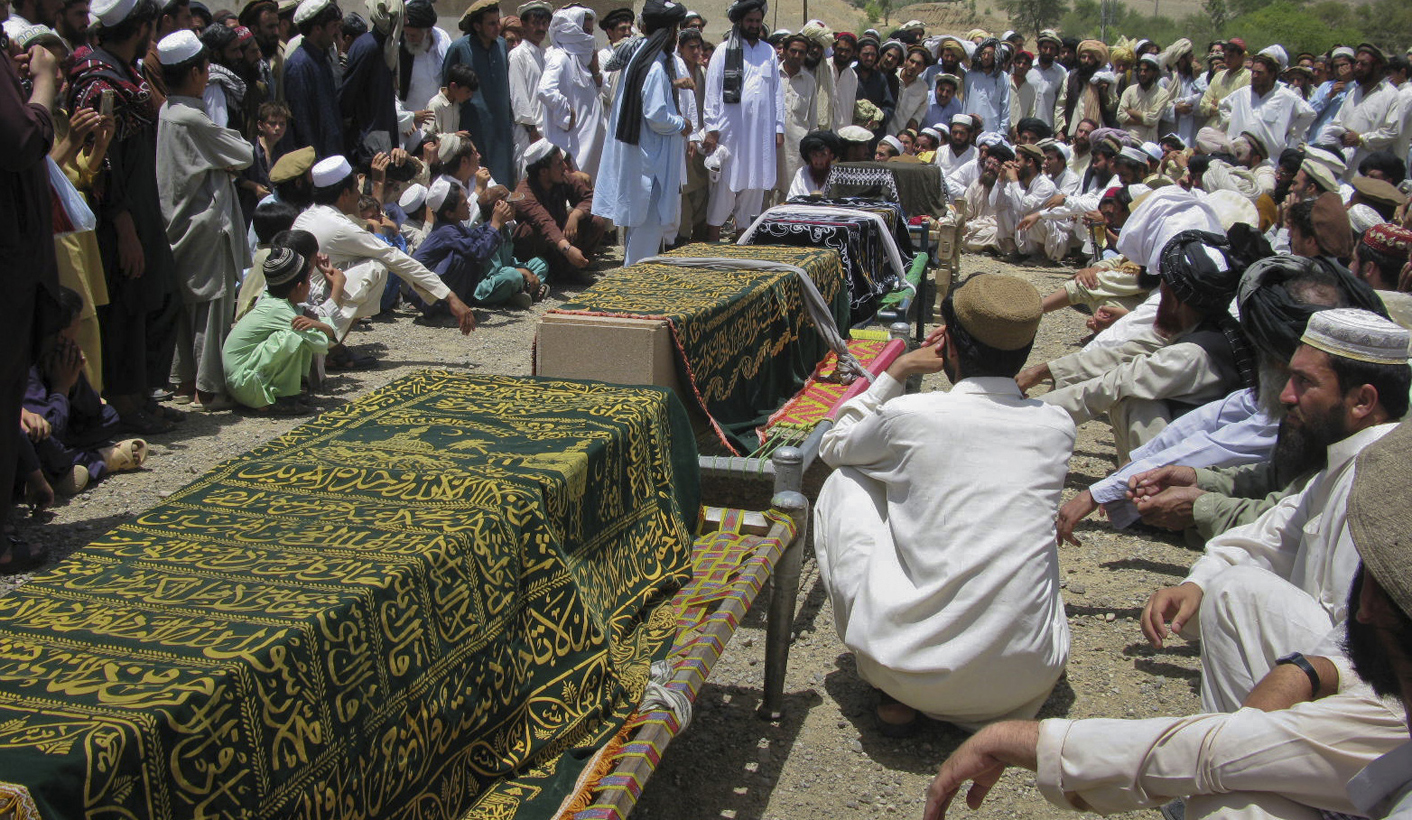 A report released Tuesday by International Human Rights and Conflict Resolution Clinic of Stanford Law School and the Global Justice Clinic at New York University School of Law on reveals the human cost in a place besieged by predator drones. By KHADIJA PATEL.

“We cannot always figure out when the drones will strike because there are around five drones at a time in the air, but we do anticipate that they will,” Dawood Ishaq, a resident of northwest Pakistan told researchers. His, and 150 other voices lend a novel perspective of everyday life in an area targeted by the CIA’s targeted killings campaign.

Much of our understanding of drone strikes, their impact and consequences has been reduced to reports of fatalities, of militants killed and every so often, people unfortunate to live within range of the drones noisily circling their village – nameless, faceless people who litter news reports with the warning that these reports could not be verified. The CIA refuses to provide information to the public about where it operates, how it selects targets, who is in charge, or how many people have been killed. Pakistan’s government has largely sealed off the nation’s tribal regions, restricting access to outsiders and the media.

Ishaq’s testimony forms part of a report that describes everyday life in communities in northwest Pakistan where drones hover 24 hours a day, striking homes, vehicles, and public spaces without warning and with grave consequences.

The report says, “Where media accounts do report civilian casualties, rarely is any information provided about the victims or the communities they leave behind.”

As well as documenting the narratives of survivors, witnesses and family members who provided evidence of civilian injuries and deaths in drone strikes, the report also presents detailed accounts of three separate strikes, for which there is evidence of civilian deaths and injuries, including a March 2011 strike on a meeting of tribal elders that killed some 40 people.

Their presence terrorises men, women and children, driving many to stay away from school, funerals, and routine economic, social, and communal activities. For people of the Waziristan region in Pakistan, the drone campaign has upended everyday life.

“We all used to get together, all our friends in the village,” he said. “We used to have fun. But now, that’s not the case anymore.”

Ismail Hussain said children stay away from school out of fear of the drones. Another man, Sadaullah Wazir, says the drones have prompted fear and psychological illness.

The interviewees provided first-hand accounts of drone and covered a range of issues, including the missile strikes themselves, the strike sites and victims’ bodies. They also provided testimony about the impacts of drone surveillance and attacks on their daily lives and their views of U.S. policy.

The results are not exactly flattering to the U.S. version of events.

Researchers found the CIA’s programme of “targeted” killings in Pakistan is politically counterproductive but also it is not as clinical as it is made out to be. It has been found to have killed a great number of civilians. The Obama administration’s novel expansion of the definition of combatants to include all males of fighting age means innocent civilians will inevitably be targeted when suspected militants hide among them.  And the report shows that despite that drone attacks are efficient, the number of civilian casualties keeps increasing.

According to the report, the vast majority of those targeted in drone strikes in Pakistan were low-level militants and not senior commanders, claiming instead that top commanders only account for an estimated 2 percent of drone victims.

The report also details hundreds of civilian casualties and the effects of drone strikes on the local population. It cites data from the Bureau of Investigative Journalism estimating that between 474 and 881 civilians have been killed in strikes between 2004 and 2012.

“In the United States, the dominant narrative about the use of drones in Pakistan is of a surgically precise and effective tool that makes the U.S. safer by enabling ‘targeted killings’ of terrorists, with minimal downsides or collateral impacts. This narrative is false,” the report says.

It is particularly the legality of the strikes on individuals or groups with no links to the terrorist attacks of September 11, and who do not pose danger to the U.S. that the report calls into question.

“The U.S. government’s failure to ensure basic transparency and accountability in its targeted killing policies, to provide necessary details about its targeted killing program, or adequately to set out the legal factors involved in decisions to strike hinders necessary democratic debate about a key aspect of U.S. foreign and national security policy,” the report says. “U.S. practices may also facilitate recourse to lethal force around the globe by establishing dangerous precedents for other governments.”

And as drone warfare looks increasingly to be the way of the future, where will be waged almost entirely by remote control, these effects on the people living within range and of the drones is likely to rise, the report warns.

Already the CIA’s drone programme extends to Yemen, Somalia and even the Philippines. And while drone warfare and Yemen, like Pakistan, some media attention, Somalia as the basket case of Africa has been a more silent receptacle of the CIA’s targeted killings programme. Or as David Axe wrote in Wired last month, “The Somalia drone war demonstrates how high-tech U.S. forces can inflict major damage on America’s enemies at relatively low cost … and without most U.S. citizens having any idea it’s even happening.”

In all, air raids by manned and unmanned U.S. aircraft in Somalia have killed at least 112 Somali militants, according to Bureau of Investigative Journalism. A further 57 innocent civilians also died in the raids. And as the report unpacks the cost of drones to everyday life in Pakistan, questions too must be asked of its impact on Somalia where anything, everything and the kitchen sink continues to be thrown at al-Shabaab. What of the people who have done nothing else wrong except to be live among enemies of a nation with greater ?

And yet just house before the report was released, another drone strike hit the Mir Ali area of North Waziristan. The Pakistani Taliban reported nine fighters dead in the strike. Another score for Team Drones, or as Obama puts it the “targeted, focused effort at people who are on a list of active terrorists trying to go in and harm Americans.”

And as that narrative is increasingly torn apart by reports such as these – another doctrine is exposed. A doctrine that dictates we kill them before they come us at whatever cost, further feeding ideologies of us and them, self and other, polar realities that breed yet more conflict. DM