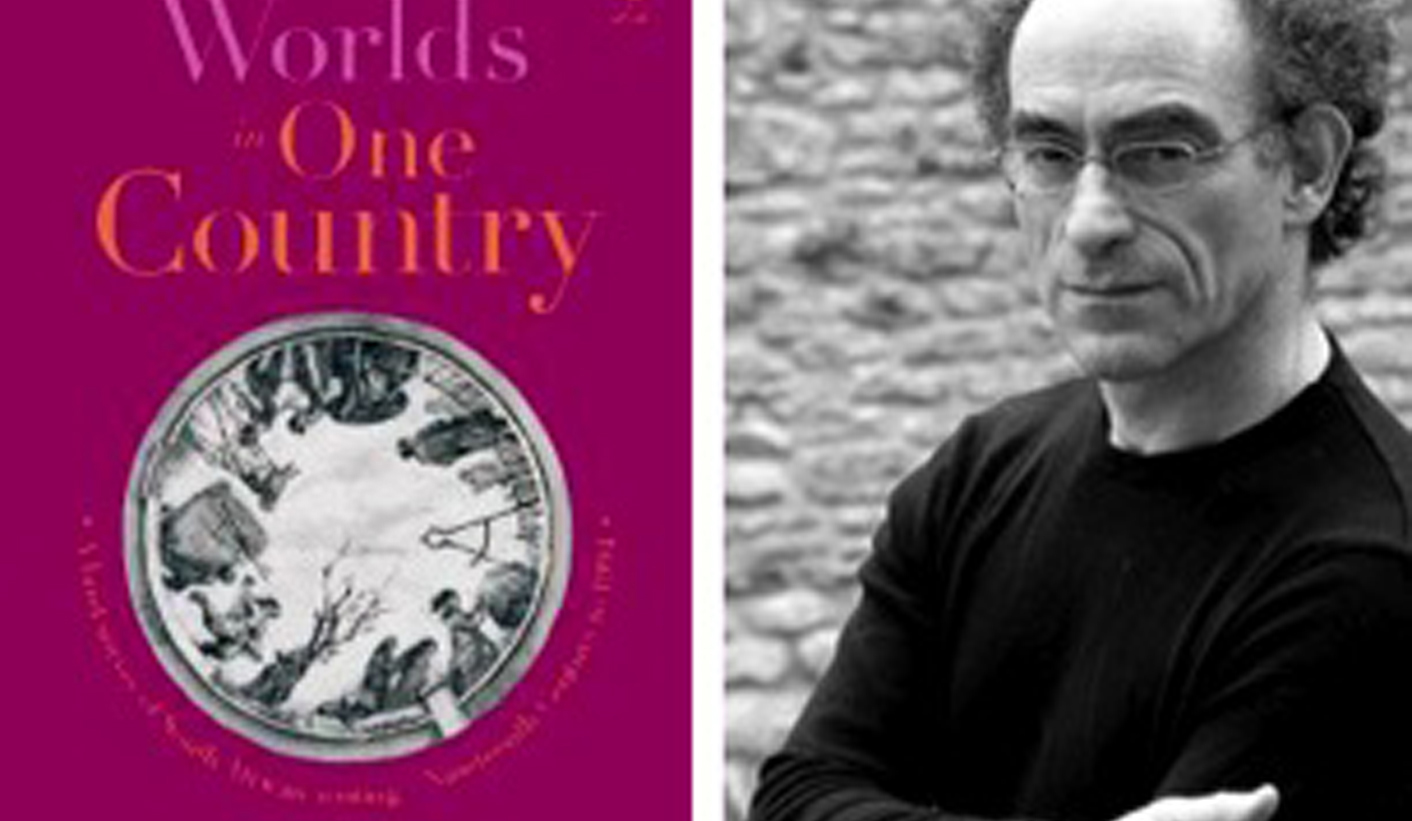 This text has an unusual origin, being written as the introduction for a book published in France, the body of which comprised a mini-anthology of post-94 writing, together with a selection of essays on the topic. Hirson’s introduction turned out to be a substantial work in itself, given the complexity of the work he addresses, and has now been published separately. His cut-off date does, however, mean that he loses an opportunity to contribute to the on-going debate on the reconfiguration of South African literature after Apartheid.

In an important observation, he states:

“It has been particularly challenging to try to gain an overview of South African writing, in all its forms, since its multiple beginnings. South Africans have for so long constrained themselves and been constrained within painfully, blindingly narrow boundaries, and their writing too has so often mirrored these delimitations. It is remarkable how few texts of South African fiction have ever given a sense of the writer being able to see simultaneously from the perspective of different groups, or individuals representing these groups.”

There has also been a tendency for critical and historiographical texts to focus on a single genre, or black or white writing, or writing in a single language (though recent works, such as Michael Chapman’s, have ventured beyond this). South African writing comes from “very different bits of cloth, from a badly torn, often violently ripped reality. It cannot be neatly sewn together. There are gaping holes, bits still flying in a raging wind”.

On the World Cup, Hirson comments: “The event took place in a resolutely ‘new’ country of great multicultural crowd celebration… while HIV/AIDS, unemployment and housing problems stretched beyond the stadium walls.”

Hirson reminds us that Apartheid, as “an intolerably dehumanising system was in constant danger of being accepted as perfectly normal”. Here we find echoes of Bertolt Brecht: “What is not strange, find it disquieting! … What is the rule, recognize it as an abuse / And where you have recognized abuse / Do something about it!”

This is where pre-94 writing comes in, with a poet such as Dennis Brutus exposing South Africa as strange. Now, in the shadow of horrors such as the 16 August Marikana massacre of Lonmin platinum mine workers, Hirson’s words are balefully apposite: “The acceptance of oppressive ordinariness is a form of paralysis with a historically high incidence in South Africa.”

Hirson opens his chronological account with a poem on the contestatory power of literature by the Reverend Isaac Wauchope, before moving on to discussions of the work of Thomas Mofolo Sol Plaatje and S.E.K Mqhayi. He is especially astute on the multi-faceted significance of Plaatje.

Then comes a nod forward to the shift of black writing to an urban setting, with reference to a shocking story by R. R. R. Dhlomo. Following that, Hirson focuses on early white writing. There is a nicely barbed comment from J.M. Coetzee on the absurdities of early travel writing, which took upon itself “a self-defeating purpose of naming Africa by defining it as non-Europe — self-defeating because in each particular in which Africa is referred to as non-European, it remains Europe, not Africa, that is named”.

By contrast, the enlightened and courageous Thomas Pringle is duly honoured. Olive Schreiner gets extensive coverage within the strict space confines Hirson has set himself, and this is followed by an account of genre development in the shape of the plaasroman.

A quotation from “Winter Night” reminds us how beautiful Eugène Marais’s poetry can be. From the biographical note on Marais I learn a new word, “ethology” (thanks, Denis), though Hirson is over-diplomatic about Maurice Maeterlinck, whose theft of Marais’s work broke the latter’s heart. In subsequent pages Hirson doesn’t quite get, I think, how dangerous Laurens Van der Post could be, but he has no illusions about that fearsome ogre Sarah Gertrude Millin.

Up to 1948 and the “crystall[isation of] centuries of racism”, Hirson combines concise historical record with generous quotation in a narrative that turns from the poetry of B.W.B Vilakazi to the film Jim Comes to Joburg(1949) to Alan Paton in an eminently readable and revealing traversal. Paton’s Cry the Beloved Country is “notable both for its religious undercurrent and its paternalistic portrayal of its black characters”.

Focusing on fiction and autobiographical texts set in Johannesburg, Hirson doesn’t stick to canonical guidelines, giving accounts of well-known works by Peter Abrahams and Es’kia Mphahlele together with Modikwe Dikobe’s relatively neglected Marabi Dance. This inclusivity signals that in part, Worlds in One Country is a work of reclamation.

As does Bernth Lindfors in his recent Early Black South African Literature in English, Hirson highlights both the strengths and limitations of Drum magazine. Then, as Apartheid’s grip strengthens, a literature of imprisonment and exile emerges. Nadine Gordimer is quoted, accounting for the years of silence that followed for black fiction: “Polymorphous fear cramps the hand.”

Under such circumstances “certain literary forms become particularly important for their compact brevity – the short story, the short play and the poem – texts that resonate with a sense of urgency, employing the subterfuge of metaphor, crystallising a message with the effectiveness of a telegram.” New publishers, such as David Philip, Ad Donker, Ravan Press come to the fore, and Oswald Mtshali’s poetry collection Sounds of a Cowhide Drum sells an unprecedented 16,000 copies in its first year. A new contestatory energy is found in the poetry of Mongane Wally Serote and Mazisi Kunene. From the work of the Sestigers, Hirson quotes Ingrid Jonker’s “The child who was shot dead” at length. A leader of the Dutch Reformed Church comments on André Brink’s first novel: “If this is art, then a brothel is a Sunday School.”

With the political temperature rising even higher in the 1970s, Hirson turns back to terrain he has not yet covered: theatre as a “particularly potent form of expression” in South Africa since the ’60s. His account of the founding of the Market Theatre and the subsequent work of Athol Fugard and his colleagues, and of Robert McLaren’s Workshop ’71 is reliable, though it might have been bolstered by reference to Mary Benson’s work.

Turning to Staffrider, Hirson quotes Chris van Wyk’s “In Detention” in its entirety (this remains a wonderful piece for an evening of performance poetry) and also “The Wooden Spoon”, a fine poem from a writer, K. Zwide, of whose work virtually nothing else is known. There is extensive coverage of J.M Coetzee and also of Karel Schoeman and Wilma Stockenström, both of whom “reached deeply into the resources of a literary imagination at a time when the spectacle of violence in the society around them was on a scale beyond belief”.

The book ends by noting the first works of writers whose full development was to come after ’94, such as Antjie Krog, Mike Nicol and Ivan Vladislavic. Njabulo Ndebele is quoted as saying in 1992 that: “[T]he fruits of [the] achievements [of the white minority] have no organic connection with the realities of the larger human environment in which they occurred … Where are we going? We have to do something to rediscover some human direction to being a nation of the future.”

On the cusp of that future, as it turned out, comes the splendid poetry by such poets as Tatamkhulu Afrika, Karen Press, Lesego Rampolokeng, which Hirson then quotes. Most movingly of these is the poem by Ingrid de Kok that begins “To return home, you have to drink its water.”

From such a brief survey, as Hirson acknowledges, there are bound to be omissions. Even so, some of these are startling. Literature in languages other than English or Afrikaans barely gets a look in. There is no reference to literature for young readers, not even Beverley Naidoo’s celebrated Journey to Joburg (one of the 18,000 books banned under Apartheid). No mention of A. S. Mopeli-Paulus, whose Blanket Boy’s Moon was a landmark novel, or Stephen Gray, whose early poems and novels are surely historically significant achievements. Zakes Mda’s first two novels were published the year after Hirson’s 1994 cut-off date, but prior to this there were notable and frequently performed plays such as The Hill and And the Girls in their Sunday Dresses, that merit more than the few lines allocated to their author.

Nevertheless. This is a book I approached with some trepidation as, although I greatly admire Hirson’s earlier work, I suspected it might prove to be something of a flimsy sketch. I was wrong.

It seems odd to describe a 100-page book (excluding footnotes, etc) as ambitious, but the ambition here lies in how much it attempts within such a short span. It is also an achievement that a book packed with thumb-nail portraits of individual writers’ work does not fragment into bittiness: Hirson builds up a strong sense of an evolving narrative, underpinned by (an unspoken) astonishment that literature survived in South Africa. He has a very sharp critical intelligence and he writes beautifully. DM