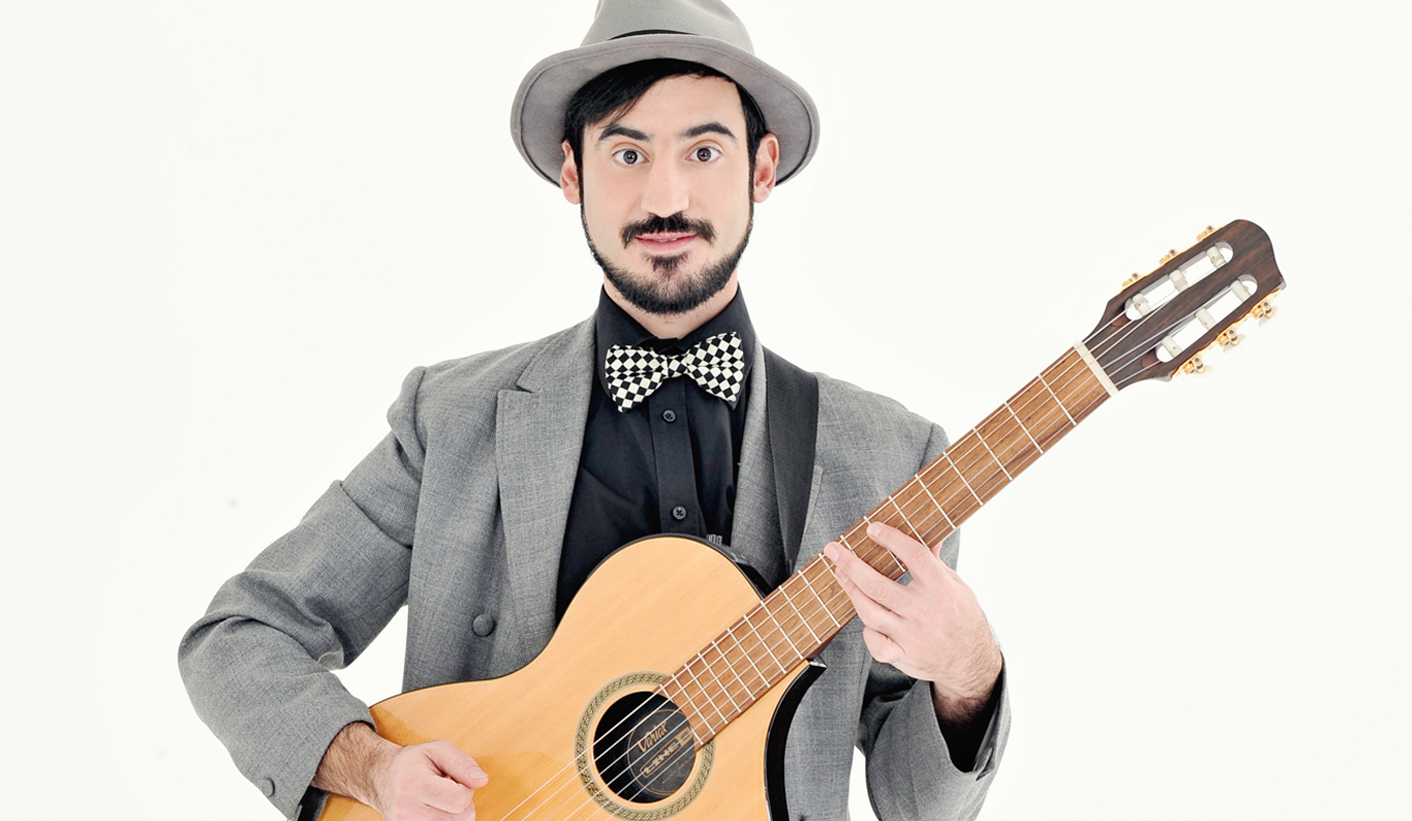 Musical comedian Deep Fried man is razor-sharp and very, very funny. So it’s a pity that the only person in the audience who doesn’t realise his potential is the performer himself. By LESLEY STONES.

There’s an instantly noticeable difference in the demeanour of comedian Deep Fried Man compared to most other stand-up comics.

While they bounce onto stage with a “seize the day” attitude, Deep Fried minces on in a prim and proper little manner, as if he’s almost apologetic to take up too much space.

I don’t know if that’s a stage persona or the real personality of Daniel Friedman, the singing comic performing his one-man show, White Whine.

Either way, he has nothing to apologise for. Oh, except for Apartheid, obviously, and for being white, and male, and for not being poor. All the usual things that constitute the white suburban angst that he so incisively ridicules.

He works around a fussy little stage set mimicking a northern suburbs lounge, right down to the bottle of sauvignon with its refreshing acidity. Deep Fried is as refreshingly acidic as his wine, but a little too nervous. Like a good wine, his “whine” perhaps needs some time to mature.

That thought springs to mind particularly when he begins by comparing himself to Trevor Noah, because it reminds us that he’s still growing into performances of that calibre. His show would be stronger if he were more confident – if he stopped putting himself down and focused on his skills of critiquing and criticising the flaws in society instead.

Most of his material is in lyrical form, with songs of his own creation and some re-written lyrics to well known tunes. That can soon grow repetitive, so it’s welcome when he throws in a few one-liners or short anecdotes without the music. Yet even when he’s talking he’s often strumming the guitar quietly, almost as a protective shield to hide behind.

Much of the show is fairly gentle humour, but there are a few hugely funny moments and some absolute gems of acidic observational comedy. The best is a hilarious spoof of Die Antwoord doing a commercial for couscous. That’s the sort of offbeat humour he excels in, as well as a “sorry” song listing the things guilty white liberals are embarrassed about. There’s a wonderful streak of satire in there too, that conveys a “sorry, but not entirely” attitude that makes his wit particularly biting.

A lyrical reference to Marikana reminds us how self-centred we are when our version of a tragedy is not being able to find our shoes because the maid has rearranged our wardrobe. Think about that, you whining whities!

Sometimes his sweet little face looks rather puzzled when he lets the audience throw him off patter, but after a few minutes he got into the swing of bouncing back some repartee and came out on tops.

I suspect he’d be at his most fabulous as a short, sharp act in a mixed lineup, but he delivers sufficient laughs to justify a solo performance as well.

It seems clear that he’s still finding his feet and testing what works on stage. But to really inspire the confidence he deserves in his audience, he needs to step up and do it with more conviction. DM

White Whine runs at Sandton’s Old Mutual Theatre on the Square until 29 September. Disclosure: Deep Fried Man has contributed as a columnist for Daily Maverick.