Bring on the sanctions – Bishop Paul Verryn on Marikana and poverty 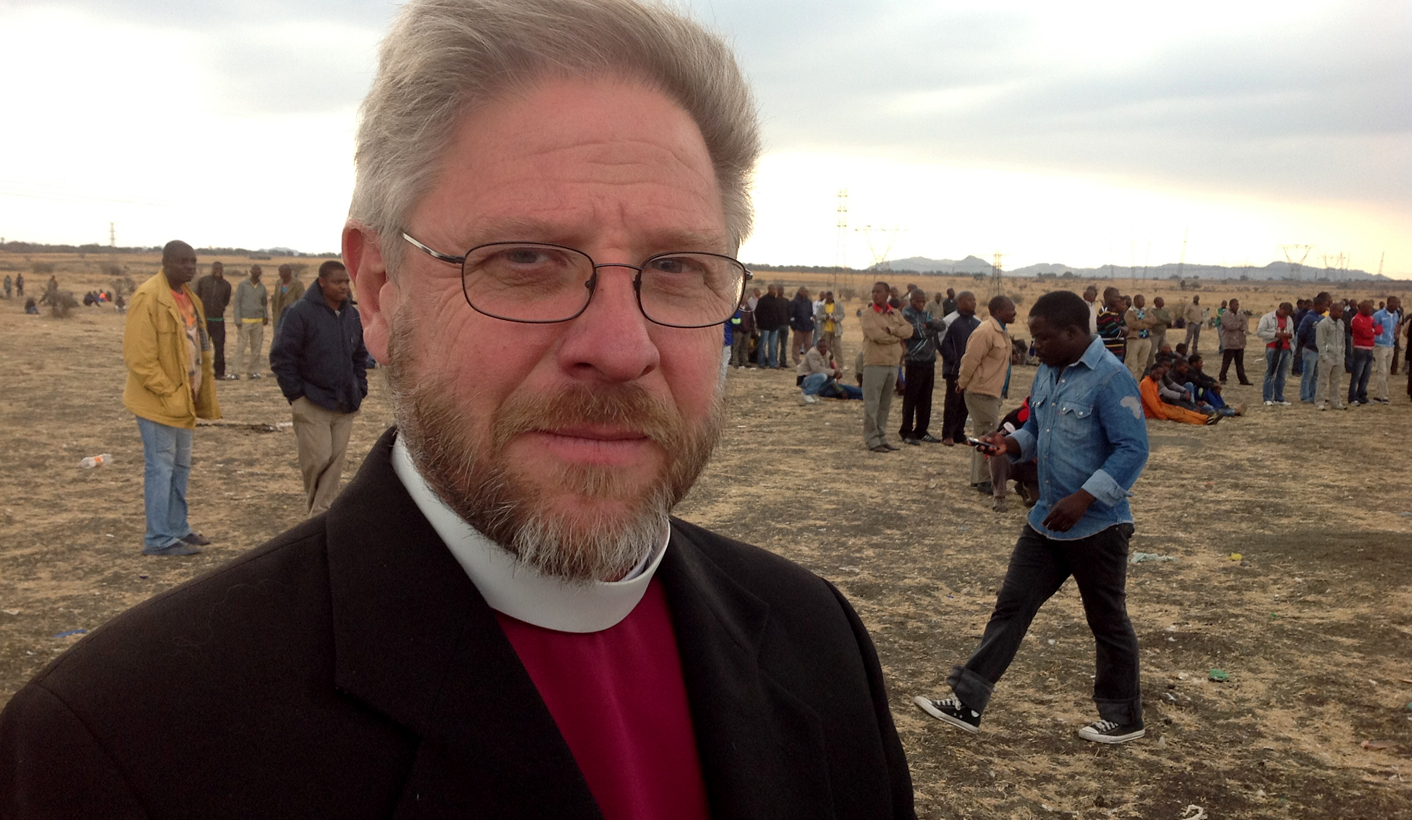 If the enormous losses suffered at Marikana – and the ongoing struggles of this country’s poorest people – are not recognised, then the Marikana massacre is going to look like a Sunday school picnic. So says bishop Paul Verryn, who is calling for international sanctions as well as a national day of mourning to spur South Africa’s more privileged into action. By MANDY DE WAAL.

Marikana is a symbol for the whole of South Africa, a country embroiled in a class war where violence against the poor continues to be validated. This is the view of human rights activist and Central Methodist Church bishop, Paul Verryn, who believes that if peaceful solutions can’t be forged for a reasonably small-scale “revolt” like Marikana, South Africa might be headed for a much larger revolution.

“I am sorry to say this, but what happened at Marikana is going to look like a Sunday school picnic,” Verryn has warned, saying that if government is no longer willing to consider the needs of the poor, offshore activists should consider calling for sanctions.

“If there is not going to be a preparedness to listen to the poor in this country, then ultimately those abroad should consider sanctions. It is the only thing that seems to shift the minds of people high up. That helped transitions to take place in the nineties, and if sanctions have to come back, then so be it,” he explained.

Speaking at the launch of a campaign to call for wider civic involvement in the Marikana plight where 46 people have now lost their lives, and which is in now in a de facto state of emergency, Verryn said the real struggle in South Africa was over class. “It has been like this for decades,” he said. “What we’re witnessing really is a class war.”

“Government urgently needs to investigate the discrepancy between the poor and the elites. I think this should be part of the Department of Justice’s portfolio. Poverty is challenging the very survival of this country, and if we don’t do something about it soon, we will all sink as a ship of fools.”

Verryn was in Marikana on Saturday 15 September 2012, when police invaded Nkaneng near Wonderkop, shot at residents with rubber bullets, and fired teargas into the shack dwellings.

“I was visiting an ANC ward councillor who told me about how he had been fired on. He had to drop to the ground and crawl back into his home to avoid being hit,” Verryn said. “As he was telling me this and showing me the used and unused rubber bullets he’d picked up, it took me right back to White City.”

The ‘White City War’ is one of the many Apartheid scars that are part of South Africa’s history. What started as a rent boycott in Soweto ended as a massacre when police invaded a community meeting and started firing indiscriminately. In their book Soweto: A History, Philip Bonner and Lauren Segal describe what happened.

“The police burst in on a meeting that had been called to discuss the issue of evictions. A few people in the crowd were chanting, ‘We are not fighting’, and were reported to be holding their hands in peace. Without warning, the police opened fire, killing 21 people and injuring 98,” the authors write.

“You must understand that the issue of White City is very personal for me. What happened there is that the police just drove through the streets and pegged off people as they were in their yards to try and pull the protests into so-called order. Now we are hearing the same sort of thing, of this ‘potshotting’ at people with rubber bullets in Marikana,” Verryn said.

“At White City the people were positioned as a rebellious, ungovernable mass. In Marikana the people are being projected in the press as barbarians, as people making these high demands and destabilising our nation. But in actual fact they are vulnerable human beings just like you and me who feel because of their humanity they have the right to speak,” he added.

“Let us just remind ourselves that for year after year after year, the workers at Marikana have faithfully been digging down holes to earn something for their families and to create some semblance of survival. While they have done this they have created wealth for South Africa, and created a sector which is in part the backbone of our economy,” Verryn said.

Verryn is calling on all right-thinking South Africans to remember “we are all Marikana”. He states that this country’s citizens cannot and should not live in a country that idolizes a military solution to a humanitarian crisis in the mining sector. “Yes, the murder of two police officers at Marikana is unacceptable, but now we have profoundly armed police randomly attacking the community. It is an abhorrent human rights violation of a community that is essentially mourning a terrible loss.”

The Methodist bishop is calling on government to declare a national day of mourning for the lives lost at Marikana. With President Jacob Zuma having just ordered the defence force in, compassion for the people of Marikana seems to be the last thing on his agenda. DM