Gambia halts the headsman, for now 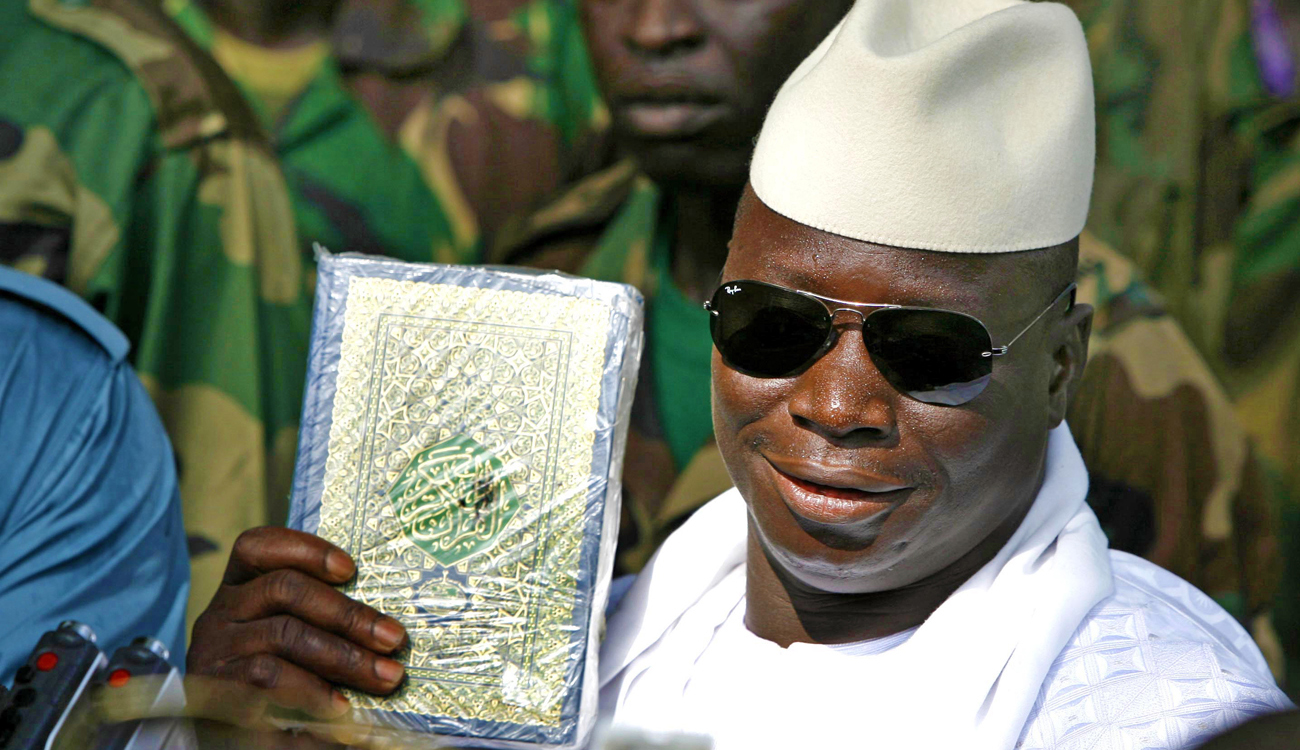 Despite a visit from Reverend Jessie Jackson and entreaties from the international community, it was neighbouring Senegal that convinced Gambia to suspend plans to execute all inmates on death row. The firing squad’s on hold, for now. By GREG NICOLSON.

If you’re reading this from death row in Gambia, you can breathe a brief sigh of relief. After as much will-he-won’t-he as a Morgan Tsvangirai wedding, President Yahya Jammeh suspended his plan to execute all inmates awaiting execution.

He announced the program last month, making the dubious claim he wanted to enforce law and order in an increasingly violent society, despite not enforcing capital sentences since 1985.

“Where are we heading to? It is unacceptable. I will carry the rule of law to the letter. Brutal killings will not be tolerated here, enough is enough, the killing is on the increase here… I will set an example on all those who have been condemned,” Jammeh said on live television in August.

Those plans are now on hold. But if you’re on death row you’re unlikely to be optimistic. The international community has condemned Jammeh’s plan and more than 60 human rights organisations have protested as details on the conditions Gambian prisoners face have spread.

Amnesty International said family members of the remaining 38 prisoners on death row were unable to see or communicate with the inmates. The nine prisoners who have already been executed, their families and their lawyers were not told of their impending deaths. It’s unlikely any of those sentenced to death ever had a fair trial or the opportunity to appeal.

Jammeh said the imminent executions had been suspended in response to “numerous appeals”. It came as a surprise (if anything Jammeh does can be considered a surprise) after he had told the world his mind couldn’t be changed. This from the man who has said: “I will not bow down before any human being except the Almighty Allah. And if they don’t like that they can go to hell. I don’t care what they say. I fear only Allah. God will judge me tomorrow.”

So what changed the president’s mind? “His decision to put a halt to the executions… was as a result of serious international pressure and it was right that the government has responded in a mature way to the outcry,” opposition leader Ousainou Darboe told AFP. It would be nice to think the entreaties of the African Union, United Nations, US, UK, Germany, France and dozens of rights groups made a difference, but Jammeh has never cared much about what they think.

On Monday, American Reverend Jessie Jackson met with the president to talk some sense into him. He announced the moratorium on the executions would continue indefinitely and Jackson took home two Gambian-Americans who had been locked up on death row. But Jackson’s involvement had nothing to do with suspending the executions.

Jammeh made the announcement after meeting with Senegal’s former Prime Minister Souleymane Ndéné Ndiaye. Late last month, President Macky Sall of neighbouring Senegal called on Jammeh to stop the executions after two Senegalese nationals were among the first killed and another awaited execution. The Gambian ambassador to Dakar was summoned and told he would be sent packing if things didn’t change.

The turning point came last week when Ndiaye met with Jammeh and his foreign minister. “Some people were condemned to death and eventually executed. As a concerned Senegambian citizen, I took the honour upon myself and pleaded with President Jammeh for clemency and his magnanimity,” said the former Senegalese premier. His case would have been strengthened by the fact that Gambia is surrounded by Senegal – a sort of Lesotho with a port – and the countries’ fortunes are interdependent.

The intervention, however, didn’t come before Jammeh could pull some of his old tricks. The president, who came to power after a 1994 coup, sent officers to close down two newspapers critical of his execution programme. It looked like the second attempt in a month to intimidate opposition, which is increasing with the country’s woes.

“He’s very, very unpopular,” Nderry Mbai, editor of the online Freedom newspaper, told NPR. “The Gambians are complaining about the high cost of living, the governance crisis in the country, the maladministration in the country, the lack of justice in the country. All these factors compounded, Jammeh is apparently trying to instil fear to the minds of Gambians.”

Anecdotal reports said the intimidation attempt worked, with critics worried they could be wrongly tried and soon face the death penalty. But the execution announcement also stirred outrage, and one new opposition party in exile has already been formed as response.

Human rights groups welcomed the moratorium on the killings, but said it’s not enough. President Jammeh is often referred to as “the eccentric president” and is prone unpredictability. Bizarrely, he got married the same day the first nine inmates were executed by firing squad. While he’s stopped the killings for now, they’re worried he’ll wake up tomorrow in different spirits.

So if you’re on death row in Gambia you can breathe a brief sigh of relief. But chances are that you won’t know the execution plans have been suspended, you didn’t know they ever started, and you won’t know if Jammeh changes his mind and you’re going to be hauled before a firing squad. DM

Photo: Gambian President Yahya Jammeh holds up a Koran while speaking to the media  after casting his ballot in the presidential elections in Banjul September 22, 2006. REUTERS/Finbarr O’Reilly