Marikana: The strike might be over, but the struggle continues 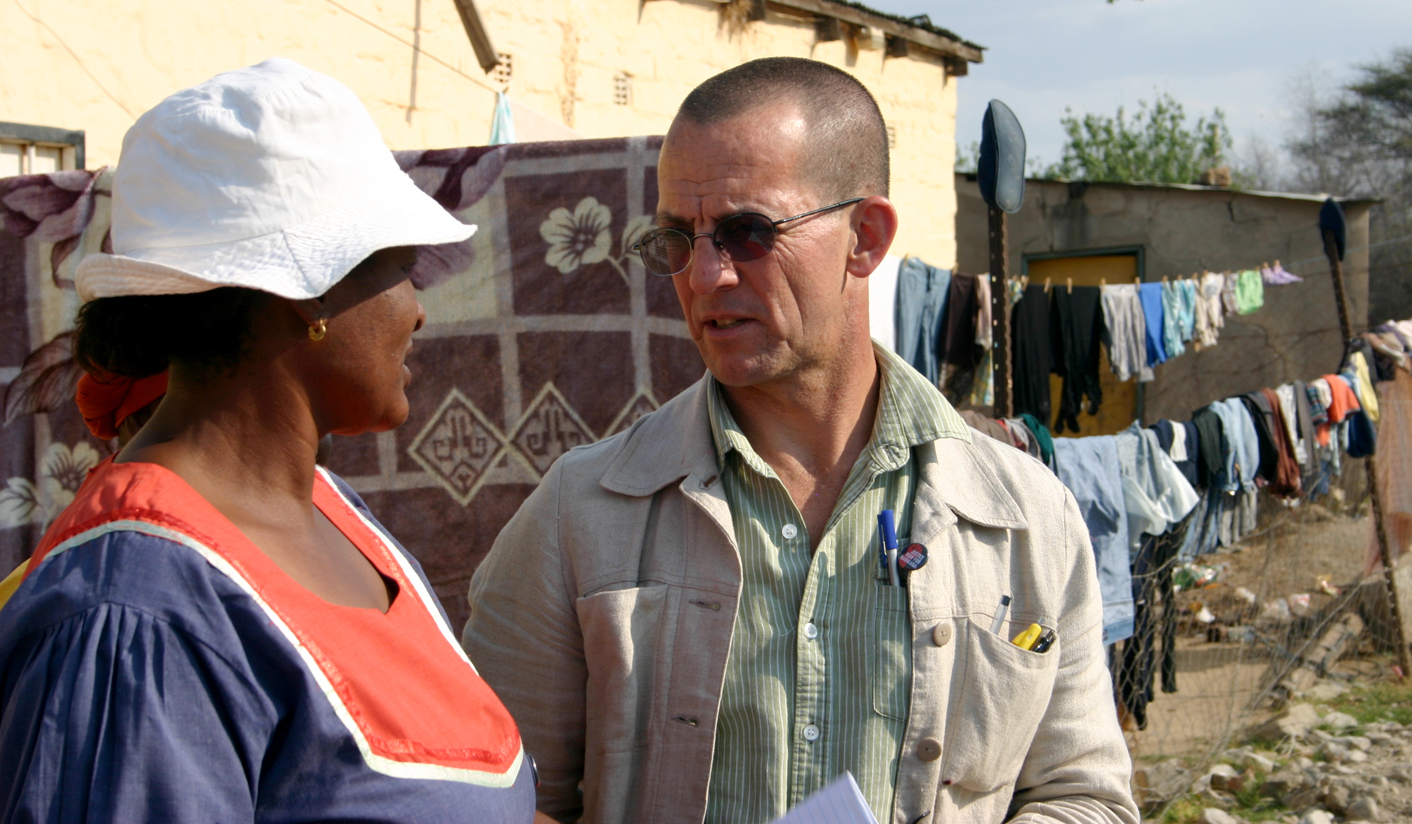 Striking workers at Marikana’s Lonmin mine have accepted a pay offer from management and say they’ll be back at work this Thursday, but the campaign for justice and better living conditions in the North West town is far from over. By MANDY DE WAAL.

Cheers and whistles echoed across the Wonderkop Stadium amid a sea of jubilant, dancing miners at Lonmin’s Marikana platinum mine. After more than five bloody weeks of work stoppages and violent clashes with police that left 45 people dead, miners accepted a pay offer, which many have taken as a signal that the strike is now over.

Lonmin’s Sue Vey said mine management wouldn’t comment because final agreements had yet to be signed, but headlines across the globe are reading: “S. Africa’s Lonmin miners accept pay rise to end strike.”

Reuters reports that management offered a 22% pay rise, which workers accepted, saying that they’d be back at work on Thursday 20 September, 2012. “It’s a huge achievement. No union has achieved a 22% increase before,” Zolisa Bodlani, a worker representative at Marikana, told Reuters.

The big concern amongst the mining sector now is that this unprecedented pay increase would set a benchmark for the industry. “The key worry now is that 22% wage rises will be seen spreading across the mine industry. That is hardly affordable in an industry with such hefty cost pressures already,” Peter Attard-Montalto, an emerging market economist at Nomura International, told Reuters.

But as news organisations waited for Lonmin management to confirm that the strike was indeed over, word came from the Marikana Solidarity Campaign that the struggle was far from finished. “The campaign will go on,” said Chris Molebatsi, a member of the organising committee for the campaign.

“This campaign is aimed at helping workers. People died here at Marikana. Something needs to be done. This is a campaign to ensure justice for the people of Marikana. We want the culprits to be brought to book, and it is crucial that justice is seen to be done here. It is our duty and the duty of this country to ensure justice is served, so that we can make sure this country is a democracy and to stop South Africa from going down the drain,” Molebatsi told Daily Maverick.

The Marikana Solidarity Campaign has a lot of work to do, according to Molebatsi, who says that the immediate tasks include supporting families, getting counselling for traumatised people, and overseeing the government-appointed judicial commission to ensure justice is an outcome of that process.

Molebatsi said that people in Marikana were still being subjected to police brutality, and that there was a need for the campaign to intercede. “During the past week people were taken from their homes and arrested by police, and people have been shot at. We need to ensure the safety of these people, and need to help stop police action against the people of Marikana,” he said.

“The work is enormous. Some people still need medical attention, and we also need to look at the living conditions of workers and the community at large. Then there is the problem of the unemployment of women and the high rate of illiteracy here. We need to help realise programmes to ensure people can get an income, that they can enjoy a reasonable standard of living,” he added.

Molebatsi said that Marikana could well be the beginning of a revision of mining labour practice in South Africa, and that what happens at the Lonmin platinum mine could ripple out to all other mines. “Marikana could become a benchmark,” he said.

As miners and the women from the community met with a civil society delegation, human rights lawyers and academics in a church in Wonderkop, there was a strong sense that Marikana was part of a much bigger struggle.

“We are trying to build strong support and solidarity not just for tomorrow, but for the weeks and years ahead, because we have to change living conditions,” said Section 27’s Mark Heywood, part of the civic delegation that had come to Marikana to meet with workers, women and the Marikana Solidarity Campaign, and to lend support. Organisations involved include Socio-Economic Rights Institute of South Africa; Sonke Gender Justice; Studies in Poverty and Inequality; Students for Law and Social Justice and the Treatment Action Campaign.

Heywood said he knew that people in Marikana now feared the police, but said that Section 27 would help rally legal aid for workers and the community to ensure that their rights to freedom of expression, freedom of assembly and freedom of association were not compromised.

Women at the meeting stood up and spoke about police brutality and intimidation. “The police are quick and fast,” said one woman, who did not want to be identified for fear of police victimisation. “When they shot at us on Saturday we couldn’t even take down the car registration.”

“We as women are not free, we are scared of the police,” said another. “These are the same police that shot at the striking workers. They come into Marikana.”

The sentiment most often expressed by the women is that of abandonment. “This government has abandoned us,” said a woman at the meeting. “This government doesn’t care about us. The government haven’t even come here to apologise to us. The only person who came was Julius Malema, but they turned him away. Now we will be orphans. No one cares for us.”

But as the meeting unfolded, it was evident that civil society organisations were stepping firmly into the gaping breach, and would collaborate with the people of Marikana. Together with the Marikana Solidarity Campaign, workers and the women of Wonderkop are becoming organised, because there’s a sense that what’s happened in the North West mining town is bigger than Marikana.

Again and again, workers, activists and women voice the feeling that this could be the start of a broader movement for change that will catalyse the revision of mining labour practices, if not for more accountable leadership from the ANC and the people it has put in government. DM