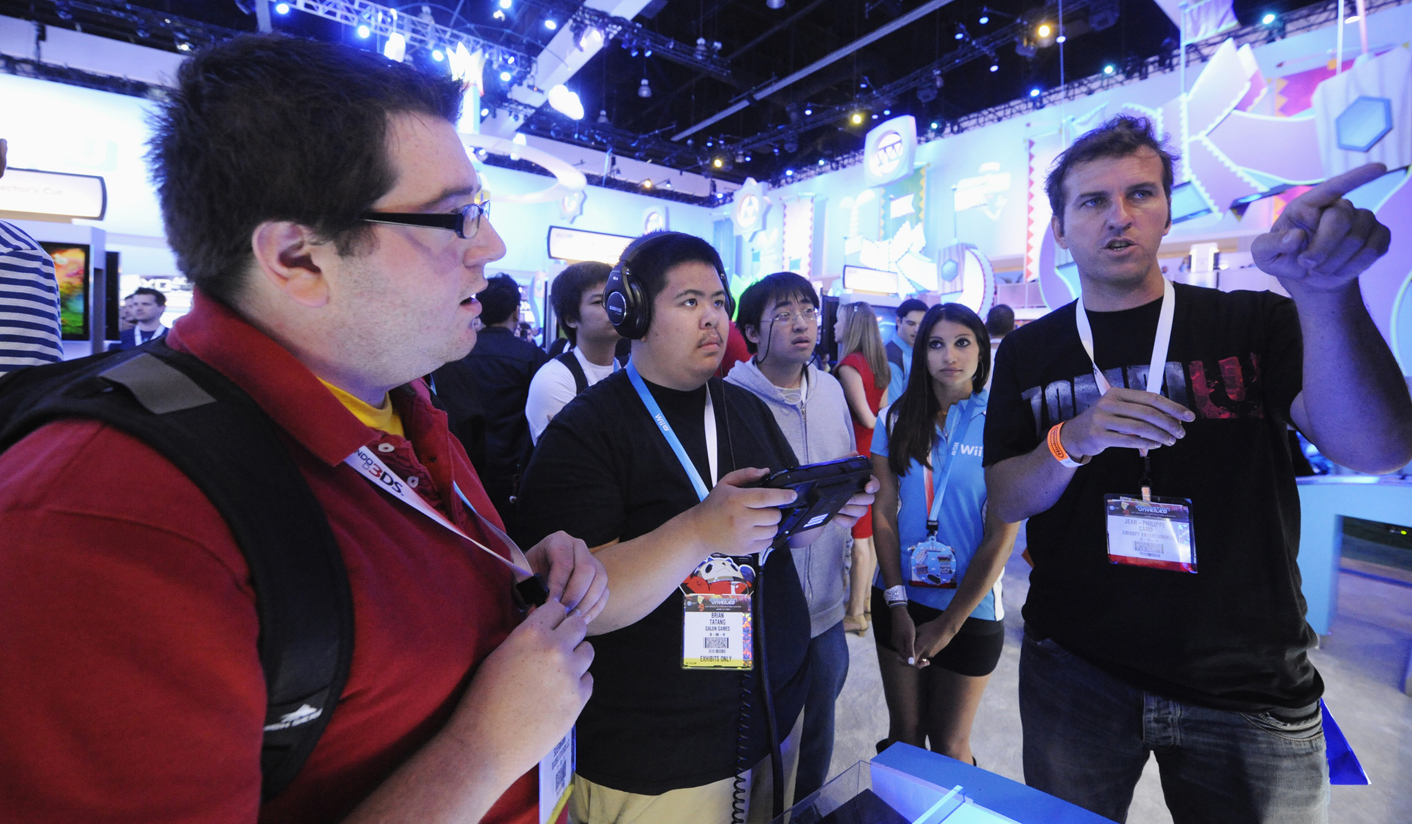 It will be the first Nintendo machine in 16 years to launch with a dedicated “Super Mario” game title as the company tries to regain its lead from from Sony Corp and Microsoft Corp at a time console sales are sputtering. Gamers have been migrating online or to mobile devices such as Apple Inc’s iPad.

Money-losing Nintendo is launching the successor to the blockbuster Wii ahead of the busy year-end holiday shopping season.

Starting at just under $300, the new version of the console that took the industry by storm six years ago finally catches up to the Xbox with “TVii” — a streaming service that will also allow users to watch and record live television.

It will stream video from Netflix Inc, Amazon.com Inc, Google Inc’s YouTube, and Hulu. It will also come with touch-screen controllers – helping to push its price tag above rival consoles. Sony’s PlayStation 3 and Microsoft’s Xbox 360 start at $250 and $200, respectively.

“It’s a must-have right now and with this, they can catch up somewhat to Microsoft’s Xbox offerings.”

Sales of traditional consoles and packaged videogames have slid sharply in past years, hammered by the advent of Internet games designed by the likes of Zynga Inc, and the growing popularity of free, casual games on smartphones.

The original Wii became the world’s biggest selling home console shortly after its 2006 launch, with motion-controlled gaming and a slew of software titles that appealed to users beyond traditional gamers.

What became a 100 million-machine bonanza for Nintendo is waning. In the three months to June 30, sales of its Wii more than halved to 710,000 from 1.56 million a year earlier.

“Just looking at the price, it does seem a little high,” Richard George, Nintendo Executive Editor at IGN.com. “The catch is that the initial five to six months of the console, most of the people buying will be hardcore Ninetndo fans.”

“It also helps to have the console with the entertainment service, the Tvii. It’s one of the most unique services out there. It sort of acts as an aggregate as a lot of gamers have been using Netflix and DVR.”

Supporting two “GamePad” controllers designed to look and function like tablets, the first new console from Nintendo in six years will come with a gamer’s social network called “Miiverse”, though executives did not provide much more detail.

Repeating the Wii’s success, however, will be tough as Nintendo battles not just Microsoft and Sony but also tablet and smartphone makers led by Apple that are eating into the $78 billion gaming market.

Apple on Wednesday revealed its latest iPhone with a bigger screen, better definition and a wireless function that allows users to view their smartphone images and games on TVs equipped with an Apple TV receiver.

For now, Nintendo, which began in 1889 making playing cards in the back streets of Kyoto, has a big enough cash pile built up during the Wii boom — about $14 billion — to stick with its hardware strategy.

But if the Wii U fails to win over gamers amid a flood of tablets and smartphones, it may have to consider leveraging its software assets by letting Super Mario roam across devices built by other companies, analysts say.

The console, unveiled in June, is available in black and white and has a 6.2-inch touch screen that includes a stylus. The GamePad controller has traditional buttons with left and right analog sticks.

Nintendo has said 23 new Wii U titles, including Nintendo Land, are in development. Third-party titles include Mass Effect 3 from Electronic Arts, Darksiders II from THQ and Ubisoft’s exclusive Wii U title Zombie U. DM