Kenya: The cauldron of violence is hotting up again 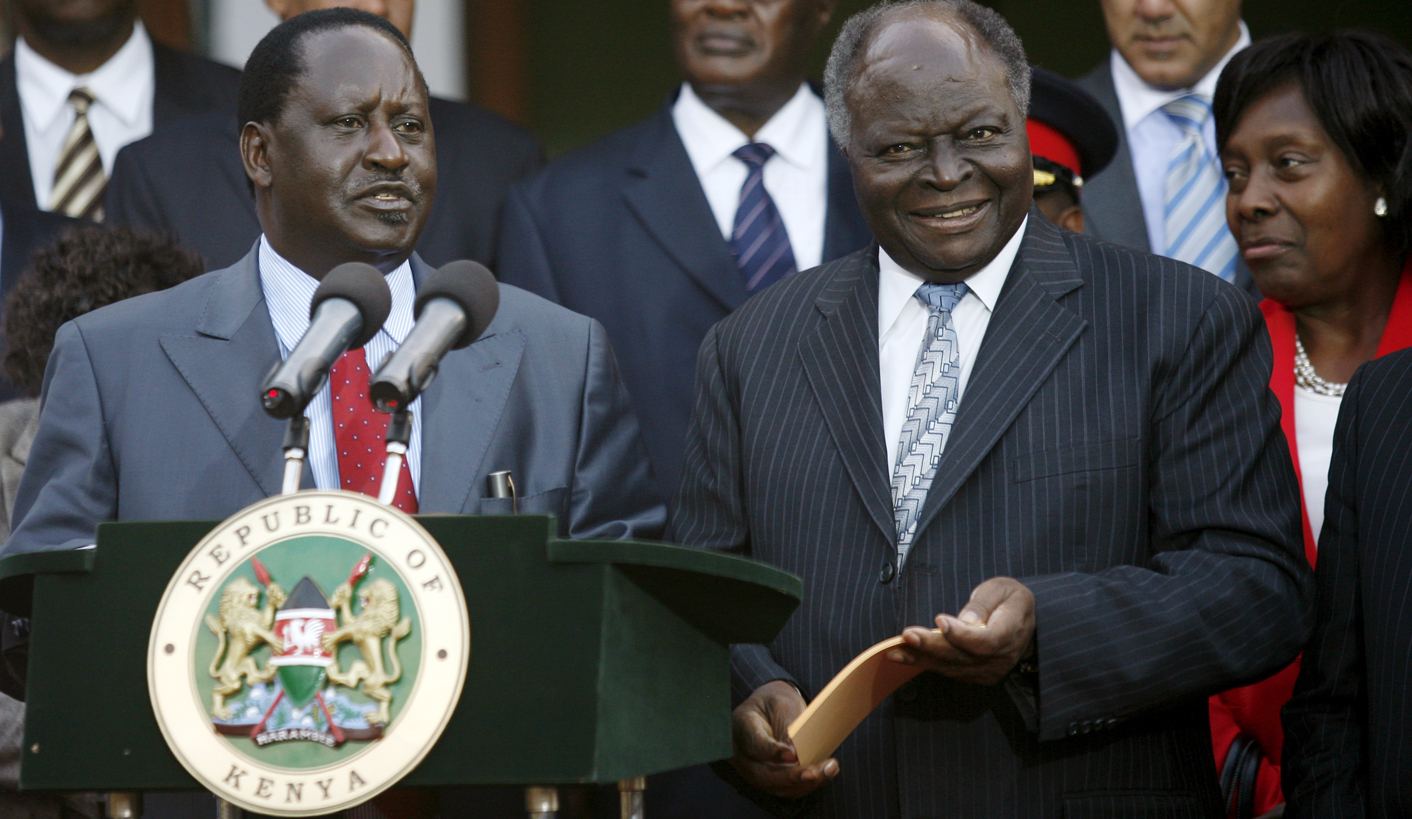 Many Kenyans hoped the country could overcome past election violence as it heads to the polls in six months. That hope has been lost as politicians once again exploit ethnic differences and bleed their constituents in their pursuit of power. By GREG NICOLSON.

Two years ago, Kenyans passed a referendum that was hailed for removing vast powers of the political elite that have entrenched a generation of leaders and promoted corruption, violence and tribalism. President Mwai Kibaki called it “the most important day in the history of our nation since independence”. The 2007-08 post-election violence hung like a shroud over the process, but, most importantly, the constitution was passed in peace.

Kenyans are now asking whether anything has changed. In the last month, more than 100 people have been killed in a series of clashes in eastern Kenya’s Tana River District, the worst incidents of violence since the post-election mayhem killed more than 1,000.

The first raid was put down to a dispute over resources. The 1,000-kilometre Tana River cuts through Kenya and most of Nairobi’s drinking water comes from the Masinga Dam. But getting water remains arduous for villages in the Tana Delta, home to pastoralists and crop farmers. The region is sparsely populated and wields little influence in Nairobi, so no one seemed to mind when chunks of land were taken from locals and sold to international investors.

The chances of conflict increased as access to land decreased. As one commentator put it, “There is no effective plan for water capture and water harvesting, the only long term source of water is the Tana River itself. And the certainty of conflict between the pastoralists (mostly Orma) and the farming communities (mostly Pokomo) arises from the fact that when a large herd of cattle heads for this river, it is inevitable that it will trample on crops which represent the fruit of many months of toil, to the farmers.” The conflict came in August when clashes between Orma and Pokomo communities killed 52 people.

After the brazen attacks continued in September it was clear there was more to it than access to land and water. Kenya is six months out from a national election and political violence has marred the run-up to votes in 1992, 1997 and 2001. The Kenyan Red Cross warned the same might occur as communities arm themselves in preparation, voters come to terms with new demarcations pitting ethnic rivals against each other, and politicians cope with a new system of devolved power.

“It is 100% political,” said National Cohesion and Integration Commission Chairman Mzalendo Kibunjia, who was tasked with investigating the causes of violence. “One community wants to destabilise the area and block the community from registering as voters so that it does not influence voting in the coming election.”

Kibaki, whose response to the disaster made Jacob Zuma’s reaction to the Marikana killings look statesmanlike, acknowledged it was politically motivated this week by sacking an MP who had been charged with inciting violence. He blocked parliament’s move to send the army into the area, instead opting to deploy 2,000 General Service Unit police (think Tactical Response Team).

So far, security forces have shown a complete inability to deal with the threat. Despite warnings of violence, police have continually been outnumbered, outgunned, arrived late to the battles, or have been forced to simply watch on in horror. Inquiries into the post-election violence found they failed to act on warnings, and it seems they’re doomed to repeat their mistakes.

While Kenyans often look to the judicial system as a panacea to the country’s political malaise, the killings in Tana River show that many people neither trust nor fear the arms of justice. Victims make reprisal attacks instead of going to the police and no one seems to fear arrest. Belief in the justice system seemed at an all time low in the last month as communities also waged attacks in northern Kenya and deadly riots in Mombasa.

On Monday, 33 villagers and eight police officers were killed in Kilelengwani village as two groups of 300 hundred attackers staged a raid. It came only a day after the provincial commissioner announced a programme to remove up to 3,000 illegal guns in the area and arrest the killers without fear or favour. After the attacks, Kibaki set a curfew for Tana River, but the killings have continued.

The conflict has uprooted thousands, many of them women and children. Hussein Abdalla Wayu, 25, told Daily Nation he would never return home. He was out when the raiders came on Monday and got the news from his brother. “He told me my 58-year-old mother had been slaughtered, my 78-year-old father had been shot dead, my 90-year-old grandmother had been butchered and my sister’s nine-year old son’s throat had been split open. My 45-year-old aunt had disappeared. I was overcome by grief and collapsed.”

It’s hard to be optimistic about the constitution when more than 100 people have been killed for someone’s political gain. For Kenya, the tragedy shows some politicians haven’t learned the lessons of the International Criminal Court process, where those behind the post-election violence have been charged. As the countdown to the election begins, the challenges are only going to increase. One can only hope they arrest the situation now. DM