Cricket: Stuck in the mud, in more ways than one 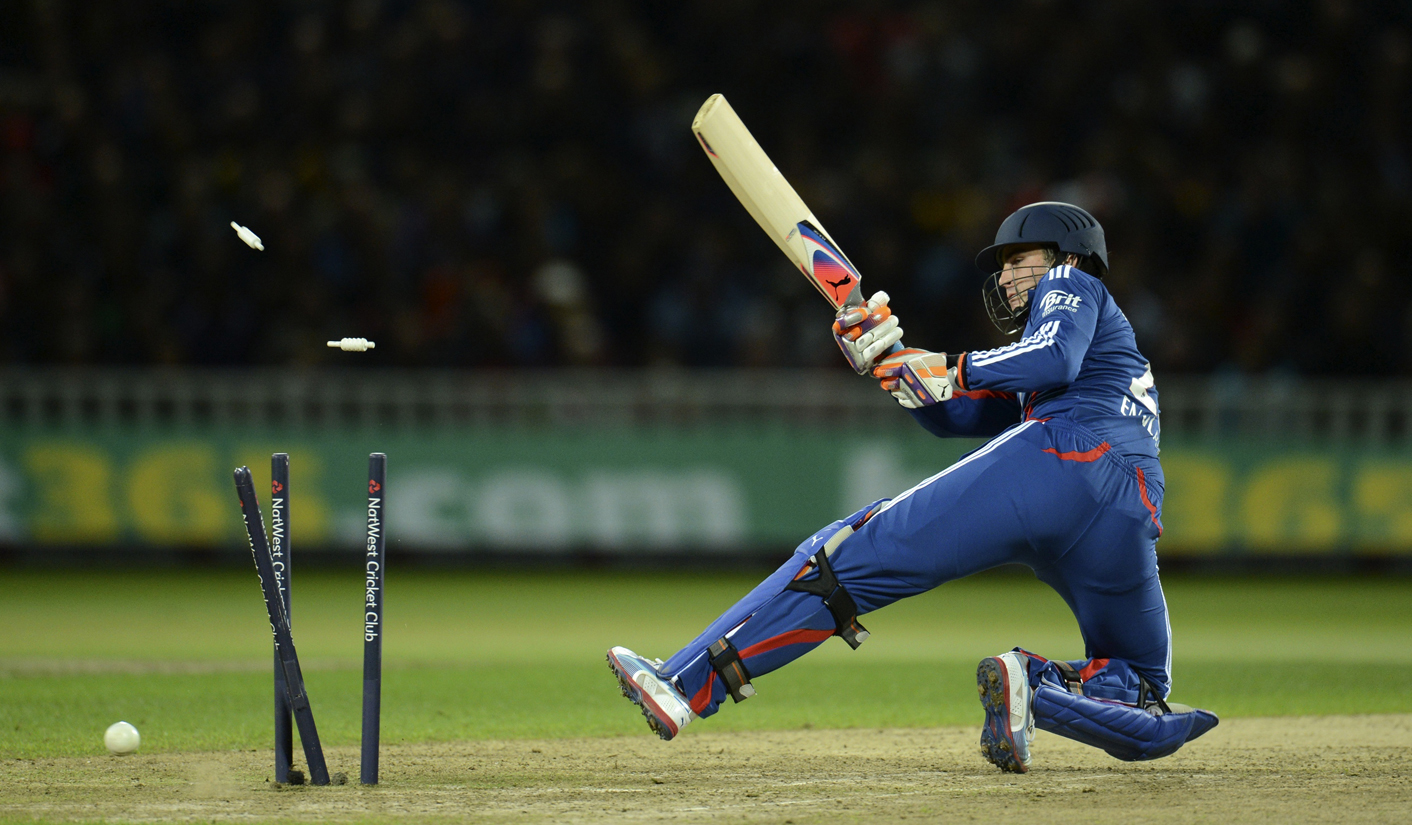 As the curtain fell on the English summer and South Africa’s tour of Blighty, rain ruined the party for everyone with two T20s reduced even more – for no reason other than to waste everybody’s time, writes ANT SIMS.

Rain and cricket go together like gasoline and your morning toast; in other words, not very well at all.  Such was the case for the last two T20s between England and South Africa. The first instance was on Monday, a terribly irksome stop-start affair which was eventually abandoned five balls short of a result – a result which would have been determined after five overs.

Five overs can constitute a cricket match these days – not much of a match, but a sufficient match for the record books. It wasn’t the first game to be reduced to virtually nothing and it certainly won’t be the last, but it’s an annoying problem which does have one question whether the sample size of five overs is really big enough to give credence to something that was actually designed to be played over five days.

After a delayed start to the toss, and a lot of up-and-down, South Africa walked out at Old Trafford in a match which was reduced to nine overs a side. With so few overs, the strategy for the batting side immediately shifted to a “see ball, hit ball” approach, and even the wonder that is Hashim Amla was forced to decorate his innings with a bunch of ugly hoicks. For a man of Amla’s stature and for somebody who is accustomed to elegant strokeplay, it was a damn shame.  South Africa slogged its way to 77-5 in 9 overs, Amla being the top scorer with 47 off 30. England was barely out in the middle before the rain came down again and after 4.1 overs, the heavens had opened and that was that. South Africa was ahead on Duckworth/Lewis and would most likely have won, had the match reached the five overs deemed “result-worthy”.

It was a similar case in Edgbaston on Wednesday night, when the toss and the start of play was delayed due to a wet outfield due to rain earlier. As a result, the already compact version of the game was reduced to a diabolically short 11 overs a side hit-and-giggle.

South Africa won the toss and elected to field first, and it was only former South African Craig Kieswetter who managed anything of worth for England with his 50 off 32, until Jos Buttler stepped in. Then there was some atrociously comical bowling from Wayne Parnell, which saw him concede 32 runs from one over. Buttler hammered 32 off 10 to help England to a total of 118-5 in their ridiculously allotted 11 overs.

South Africa had a mountain to climb, and considering the erratic form its specialist shortest format batsmen have been in, the game looked dead and buried. Richard Levi’s woeful form continued and he finished the T20 series with just nine runs to his name. Faf du Plessis also failed and at 34-2, the Proteas were in heaps of trouble. AB de Villiers managed just two and Amla, although he hit his 100th four of the series, managed just 36. South Africa was also going to struggle and as the result petered out to a very predictable end, a few more cringe-worthy slogs decorated a comical end.

It all felt a bit like backyard cricket. It was ugly, it was messy and it was completely and utterly irrelevant. While T20 cricket has its place, and while it does involve far more strategy than most give it credit for, whittling it down to anything less than 18 overs a side seems to be an utter waste of time. The sample side is far too small and the match goes from something which requires some strategy to something which relies almost entirely on who can hoick and slog with the most luck. Teams might as well play indoor cricket.

There are, of course, commercial reasons for the game to continue. Fans want to see cricket and grounds want to make money. As soon as fans are sent home with no overs bowled, the grounds are likely to run a loss, due to having to refund those who splashed the cash to watch a bit of pyjama cricket. Commercial interest is a vital cog in the wheel of the entertainment business that is cricket, but as soon as commercial interests completely disregard the essence of the game, it’s no wonder that some stiff-upper lip types become worried about its future.

The solution? Simple. If 18 overs cannot be played, call the game off, cut your losses and tell the fans to buck up. Otherwise, well, it’s just not cricket.