The Lady: A Burmese story about love and politics 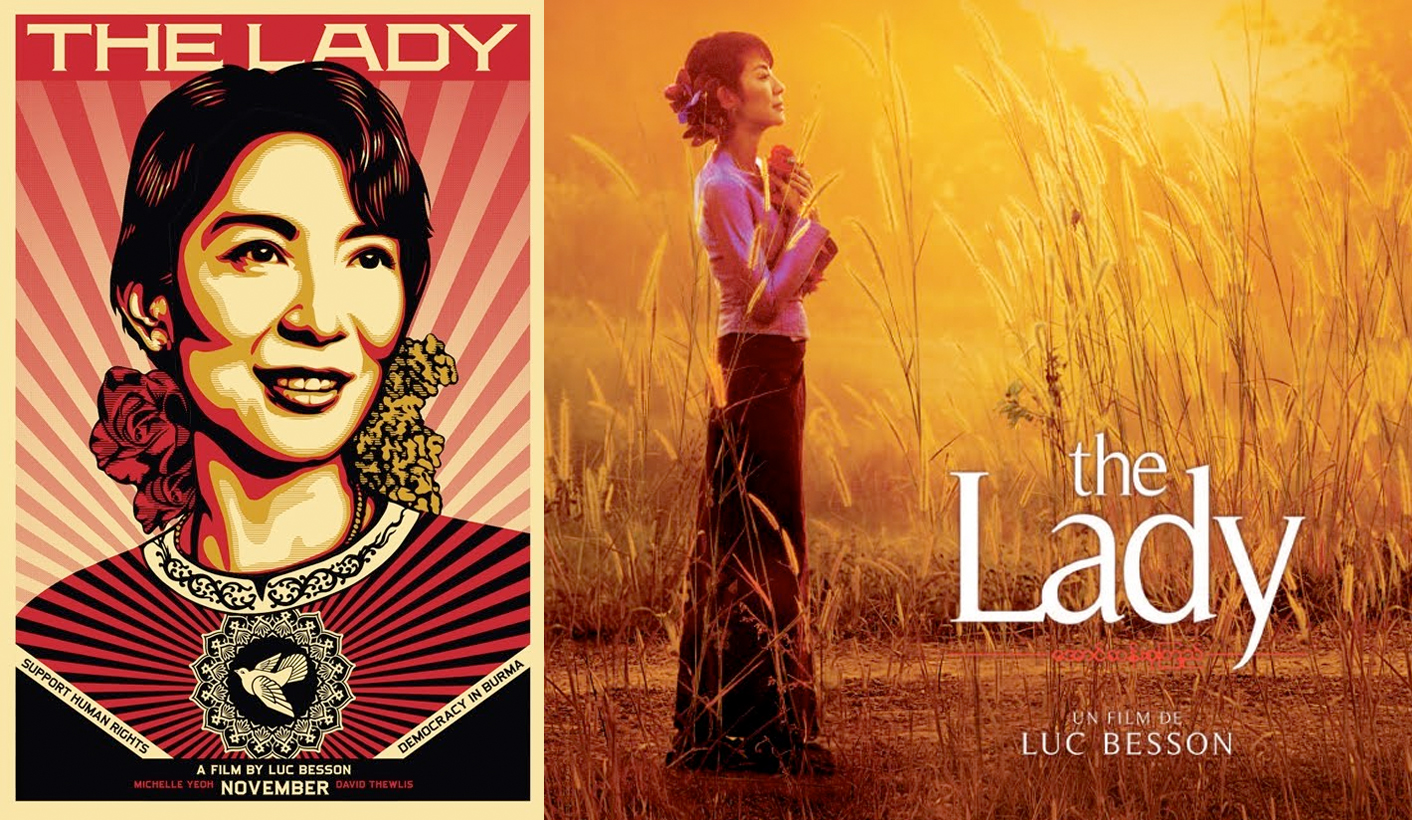 The Lady, the epic film about the life of Burmese democracy campaigner Aung San Suu Kyi, has finally made it to South Africa. SIMON ALLISON went to see it, and was surprised to discover himself watching more of a love story than a political thriller.

In South Africa, we know a few things about the process of turning a living legend into a modern-day saint. There aren’t many names in the pantheon of people who have been deified by popular culture, but Nelson Mandela is definitely one of them. Desmond Tutu might even get a look in. Elsewhere, there’s the Dalai Lama, Mother Teresa (before she departed this world to begin the process of actual beatification) and Aung San Suu Kyi.

The Burmese democracy campaigner is known all over the world for her long house arrest, her Nobel Peace Prize and – well, that’s about it. Much as most of the world couldn’t tell you anything about what Mandela actually did for South Africa, except that he’s a really nice guy and is into forgiveness and stuff, so people would be hard-pressed to tell you why Aung San Suu Kyi earned her Nobel or what exactly she is fighting for.

This is where The Lady comes in. The film by Luc Besson (he of La Femme Nikita and Transporter 2 fame) is a generous, poignant and heart-wrenching take on the life and love life of Burma’s most famous daughter, known to her followers as Daw Suu.

The film opens shortly after World War II, where Suu’s father, General Aung San, tells her a story before kissing her goodbye and heading off to run a cabinet meeting. That’s the last time she sees him; the general and his ministers are shot by mutinous army officers in a coup later that day, a scene that plays out in vivid detail.

Fast forward to 1988. The military junta is firmly in control of Burma, now renamed Myanmar, and Aung San Suu Kyi is living a quiet, gentle life in Oxford with her British husband Michael Aris and two adolescent boys. She is no politician, although she watches the news coming out of Myanmar with dismay, and returns home only after her mother suffers a stroke.

At the hospital in Rangoon (now Yangon), Daw Suu becomes embroiled in anti-government protests as bloody students stumble into the hospital having been shot by government forces. This is a turning point, and she suddenly realises that she can use her symbolic power as General Aung San’s daughter to help the fight for democracy.

From here, the film tells two separate but related stories. On the one hand, there’s the story of oppression and resistance in Burma – which is how The Lady always refers to her country – with some stirring scenes of political rallies and brutal crackdowns from the security forces. In truth, however, the politics is glossed over and simplified in favour of the storyline that really tugs on the heartstrings of the Western audience at which this film is aimed: the tragic love story between Aung San Suu Kyi and her husband.

Denied visiting rights for much of his wife’s house arrest, Michael Aris – brilliantly portrayed by David Thewlis – makes do with the occasional scratchy, interrupted phone call and does everything he can to pull strings behind the scenes, including lobbying the Nobel committee on his wife’s behalf. Even when he’s diagnosed with cancer, the military junta deny him a visa. Daw Suu is herself in a catch-22. If she leaves the country, she risks undermining everything she has fought and suffered for, as she will certainly not be permitted to return; if she stays, she will never see her husband again.

The film revolves around this emotional tension, which is disappointing for students of Burmese politics who were hoping for something a little more hard-hitting. But like Morgan Freeman’s saccharine but engaging Mandela in Invictus, this image of Aung San Suu Kyi plays to all the conceptions of saintliness that foreign audiences (who know little else) expect from her. She is portrayed by actress Michelle Yeoh, more used to action roles with Jackie Chan or sultry turns as a Bond girl, who pulls off an uncanny resemblance and just about manages to keep the audience’s interest during those long, emotion-heavy scenes.

So, don’t go and see this movie if you’re looking for an expose of the Burmese regime. Don’t go see it if you want a critical portrait of the Nobel Peace Prize winner, who is certainly not without flaws. Don’t go see it if you want to get lost in the wonderful scenery of modern-day Burma – although there are some atmospheric shots filmed on location, most of the movie was made in Thailand, for political reasons that should be obvious.

However, if you want a fascinating emotional thriller, with the occasional punch of real life politics, this is the film for you. It will go a long way to securing Aung San Suu Kyi’s place in the modern pantheon, and it certainly offers a more nuanced picture of her than is accessible from most newspaper reports.

It is also one of those films that make us normal people feel uneasy about our insignificant or nonexistent contribution to making the world a better place. Helpfully, the screening I attended at the Cinema Nouveau in Rosebank Mall came with an Amnesty International stand at the door, a helpfully immediate way of assuaging that guilty conscience. After watching The Lady, a small donation is the least you can do. DM

The Lady is showing at Ster Kinekor’s Cinema Nouveau.