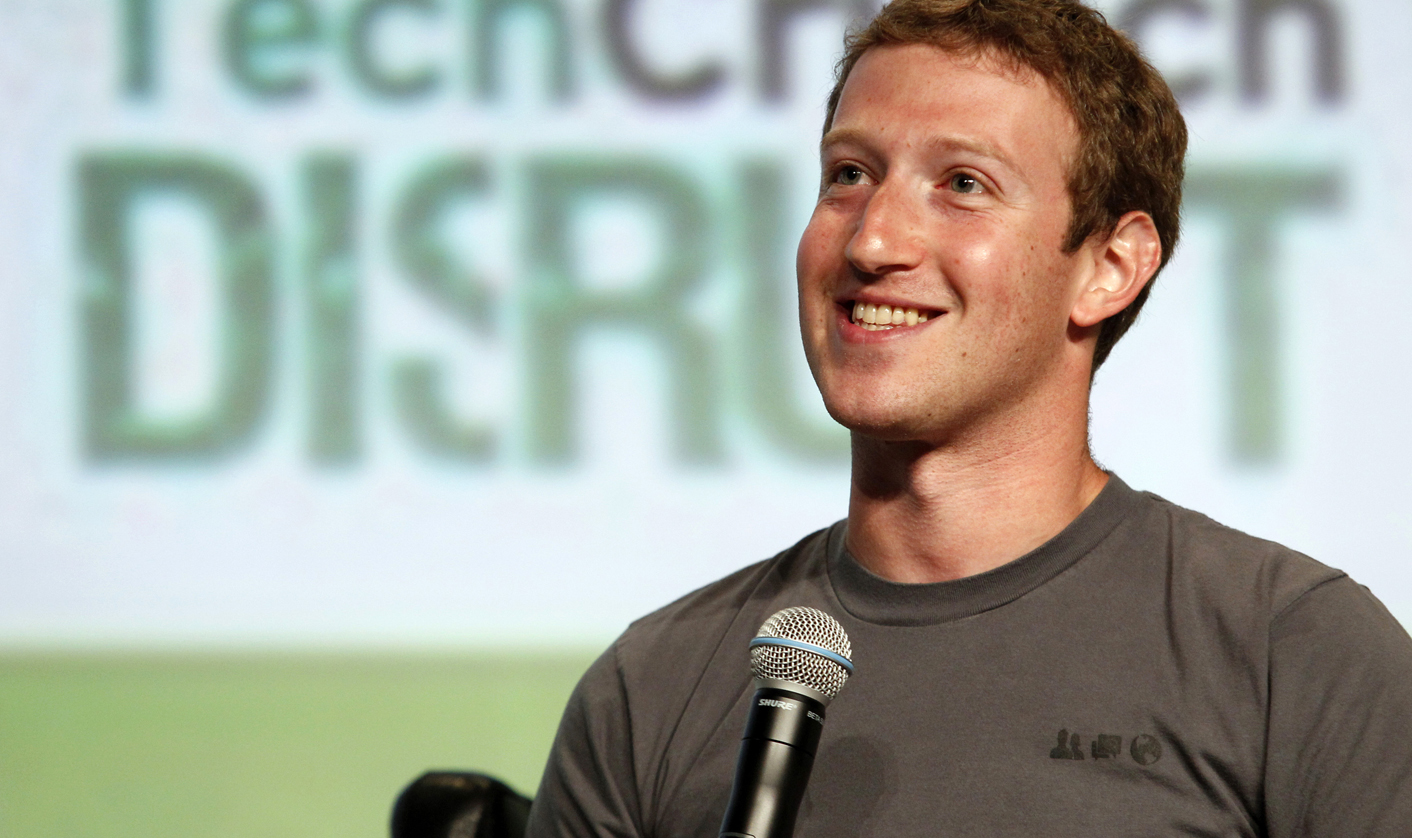 Facebook Inc CEO Mark Zuckerberg soothed investors in his first major public appearance since the No. 1 social network's rocky May IPO, breathing life into its struggling shares after hinting at new growth areas from mobile to search. By Alexei Oreskovic and Gerry Shih.

The 28-year-old co-founder looked confident in a gray T-shirt and jeans, asking Wall Street to be patient as the company developed new products, addressing issues such as employee morale, and dashing rumors Facebook may build a smartphone.

The chief executive, who has himself lost billions of dollars on paper since Facebook’s market debut, admitted to disappointment about his company’s crumbling share price, but argued Wall Street has yet to grasp the full potential of its fledgling mobile business.

His delivery helped drive Facebook shares up more than 3 percent after hours to above $20, building on a 3.3 percent gain in regular trade on Tuesday.

While declining to offer details, Zuckerberg hinted that the company was “halfway through” a cycle to “retool” and offer new advertising products. He also said he believed search could be a ripe area of growth for Facebook and was working to offer a competitive search product — comments that likely interested executives at Google Inc, one of Facebook’s fiercest competitors.

“Facebook is uniquely positioned to answer a lot of questions people have,” Zuckerberg told the TechCrunch Disrupt conference in San Francisco. “We have a team working on search.”

Zuckerberg repeatedly emphasized that the company would focus on building Facebook’s smartphone application, while conceding that he had erred years ago by using a programming language that slowed the development of Facebook apps for Apple and Android phones.

But he again quashed a years-long rumor that Facebook is wading into the hardware business and developing a branded phone.

Building a smartphone would be “clearly the wrong strategy for us,” Zuckerberg said.

He conceded that the company’s downward spiraling stock was not helping staff morale, but stressed he still thought it was a good time to join the company and “double down.”

“It’s not like this is the first up and down that we’ve ever had,” he told hundreds of attendees at the conference. “I would rather be in the cycle where people underestimate us.”

Facebook became the first U.S. company to debut on stock markets with a value of more than $100 billion. But it has since lost more than half of its capitalization as investors fret about slowing growth.

Shares in the company ended Tuesday at $19.43, well off their $38 debut price. The stock crept above $20 in extended trade on Tuesday. DM