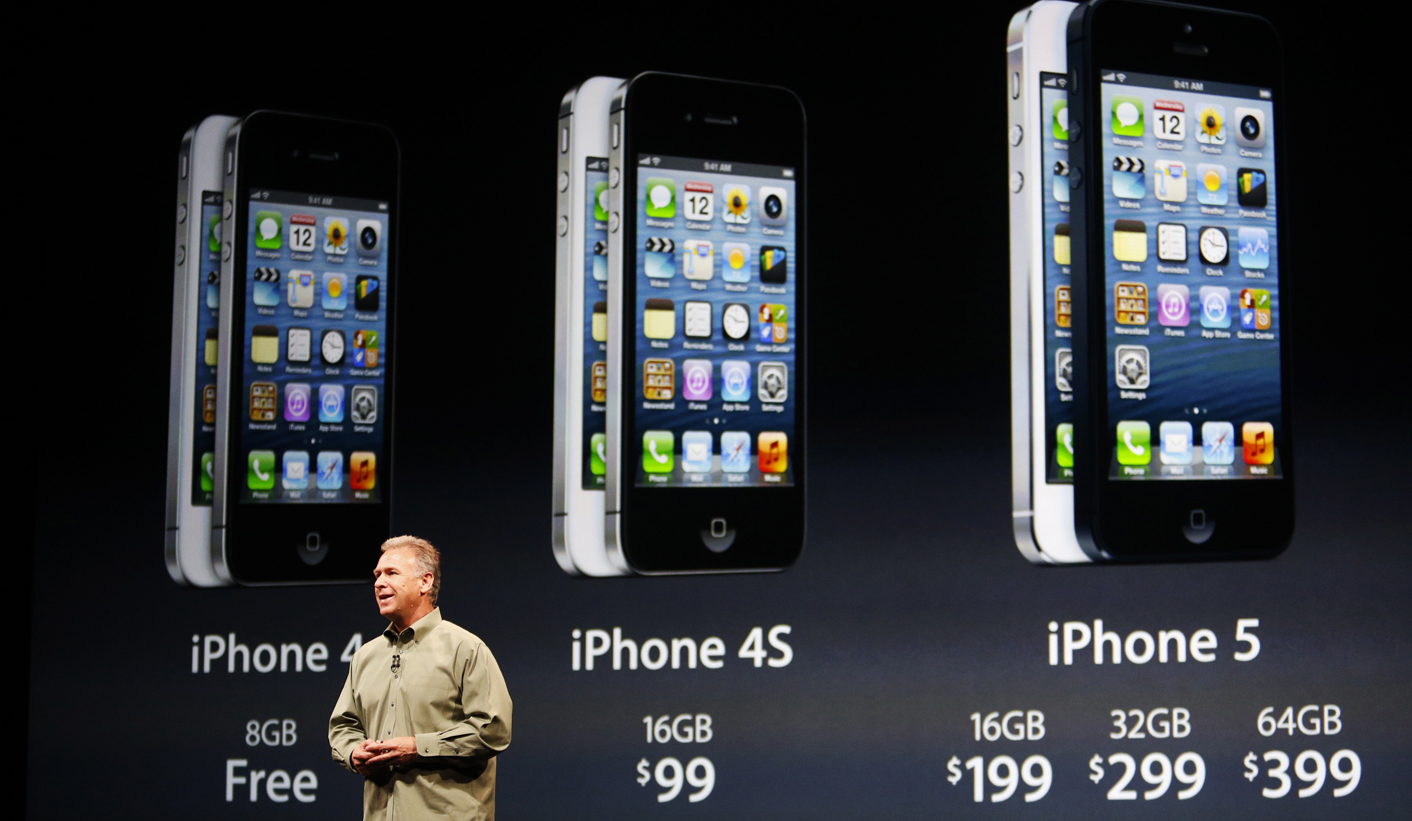 Apple Inc took the wraps off its fastest, thinnest iPhone on Wednesday, packing a much larger screen and 4G capability on the fifth version of the smartphone that helped it become the world's most valuable corporation. By Poornima Gupta and Noel Randewich.

The iPhone 5 will go on sale Friday from $199, sporting a 4-inch “retina” display, ability to surf a high-speed 4G LTE wireless network, and is 20 percent lighter than the previous iPhone 4S.

CEO Tim Cook, who took over from the company’s late co-founder Steve Jobs last year, faces pressure to keep Apple at the forefront of the industry.

The latest iPhone comes as Apple tries to fend off competition that has reached fever-pitch. Google Inc’s Android has become the most-used mobile operating system in the world, while key supplier and rival Samsung Electronics has taken the lead in smartphone sales.

Rivals have been first to market with phones that have bigger displays or run on faster wireless networks. Apple closed that gap with the unveiling of the newest iPhone.

Now, Microsoft Corp is pushing its Windows Phone 8 operating system as a third alternative to Apple and Google’s.

“It has always been a major drawback on Android phones,” said Michael Yoshikami, chief executive of the wealth management firm Destination Wealth Management. “To have a thinner phone with a bigger screen with more battery life is a pretty impressive technology advancement.”

But it is the iPhone that carries the weight of Apple’s future on its slim frame, especially with the company continuing to play its cards close to the vest about future growth drivers, including an oft-rumored TV device.

Analysts have forecast sales of 10 million to 12 million of the new smartphones this month alone.

The iPhone 5 comes with Apple’s newest “A6” processor, which executives claimed runs twice as fast as the previous generation. It will have three microphones and an 8 megapixel camera that can take pictures in higher resolutions.

Apple has sold more than 243 million iPhones since its 2007 arrival, and the device proceeded to upend the industry and helped usher in the current applications ecosystem.

Cook told the audience that its apps store now has more than 700,000 on tap — the industry’s largest library.

Apple also is making a lot of headway in a corporate market that has been dominated by struggling Canadian smartphone maker Research in Motion . Cook said almost every Fortune 500 companies was testing or using its iPhones and iPads.

Globally, Samsung leads the smartphone market with a 32.6 percent share followed by Apple with 17 percent, according to market research firm IDC. Both saw shipments rise compared to a year ago, with Samsung riding its flagship Galaxy S III phone. DM