Greece digs in for tough talks with lenders

Greece digs in for tough talks with lenders 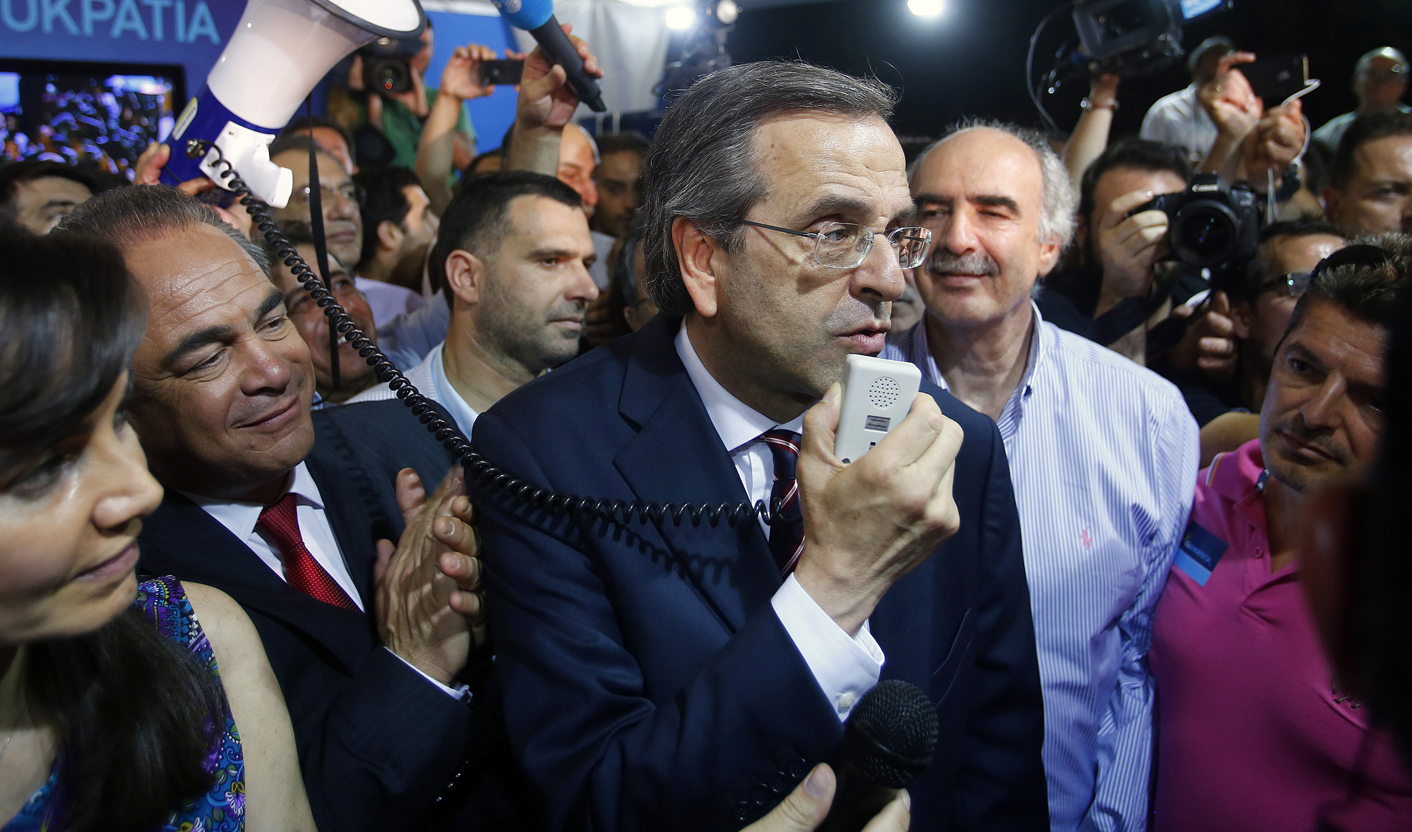 Greece acknowledged on Monday it was having trouble persuading its foreign lenders to accept a plan to save nearly 12 billion euros over the next two years, essential to unlocking the aid payments the country needs in order to avoid bankruptcy. By Lefteris Papadimas.

Hopes that Greece, now in its fifth straight year of recession, might get a quick green light on the package were dashed when inspectors rejected part of it after bilateral talks resumed on Sunday.

There appeared to be little progress at a second round of talks on Monday between Prime Minister Antonis Samaras and the ‘troika’ of inspectors from the European Commission, the European Central Bank and the International Monetary Fund.

“It is a difficult discussion,” Finance Minister Yannis Stournaras told reporters after the meeting. “We are trying to convince them on the soundness of our positions.”

Troika officials rejected some of the proposed measures to cut public sector expenses and wanted a bolder plan to reduce the number of civil servants, a senior Greek official said.

“They insist on rejecting the measures that concern the restructuring of the state,” the official said, adding that Greece will have to present its austerity package to euro zone finance ministers on Friday. “We insist that they accept them.”

Athens’ proposed austerity package includes a controversial plan for a “labour reserve” in which civil servants get reduced pay before being laid off, but the scheme only targets savings of 167 million euros over 2013 and 2014, a draft of the plan obtained by Reuters late last month showed.

Samaras will struggle to toughen the austerity package any further without running into stiff opposition from the junior partners in his fragile three-party coalition, which has squabbled for weeks over the proposed cuts.

The allies – who are under pressure from their voter base to water down the package – have already warned troika officials against pushing austerity too far, saying that low-income pensioners and civil servants must be spared.

“Our European partners must realise that the Greek people can’t take it any more,” moderate leftist leader Fotis Kouvelis told reporters after meeting Samaras on Sunday.

Hopes that Germany – the biggest contributor to European bailout as well as one of Greece’s harshest critics – might be prepared to cut Samaras some slack were kindled on Saturday by a media report.

German magazine Der Spiegel said Chancellor Angela Merkel had reached the view that Greece must not be allowed to leave the euro zone in the autumn and was prepared to allow Athens’ bailout payments to be front-loaded.

In the latest illustration of the depth of the country’s economic woes, industrial output dropped 5 percent year-on-year in July with manufacturing slumping 7.8 percent as existing austerity measures stifled domestic demand.

At home, Samaras is also under pressure from his other ally, Socialist PASOK chief Evangelos Venizelos, to stick to a pre-election pledge to obtain two more years’ grace from the troika to implement the cuts slated for 2013 and 2014.

But mindful of the lenders’ exasperation with Greece’s history of broken promises and the risk of bankruptcy without fresh aid, Samaras has pledged to first deliver on commitments in the bailout before seeking any concessions.

Both Venizelos and Kouvelis have yet to sign off on the austerity package despite weeks of discussion. Venizelos, who also held talks with troika officials on Monday, said he asked the lenders to spare low-wage earners and poor pensioners.

“We cannot push society beyond its limits,” he told the troika, according to a statement from his party.

Greece’s economy is expected to contract by about a fifth in the 2008-2012 period, partly due to repeated rounds of austerity, making it the country’s worst postwar recession. Unemployment has soared to a record high, with almost one in four out of work.

Angry pensioners, policemen, judges and civil servants – expected to be particularly hurt by the latest cuts – are readying strikes and demonstrations to signal their opposition.

Greece’s union federation for public sector employees, ADEDY, says it is planning a general strike along with its private sector counterpart GSSE to protest the new measures.

In the first major protest against the cuts, about 15,000 trade unionists and leftists marched on Saturday at an annual fair in Greece’s second biggest city Thessaloniki. DM