Latest Tattoo tight as a drum 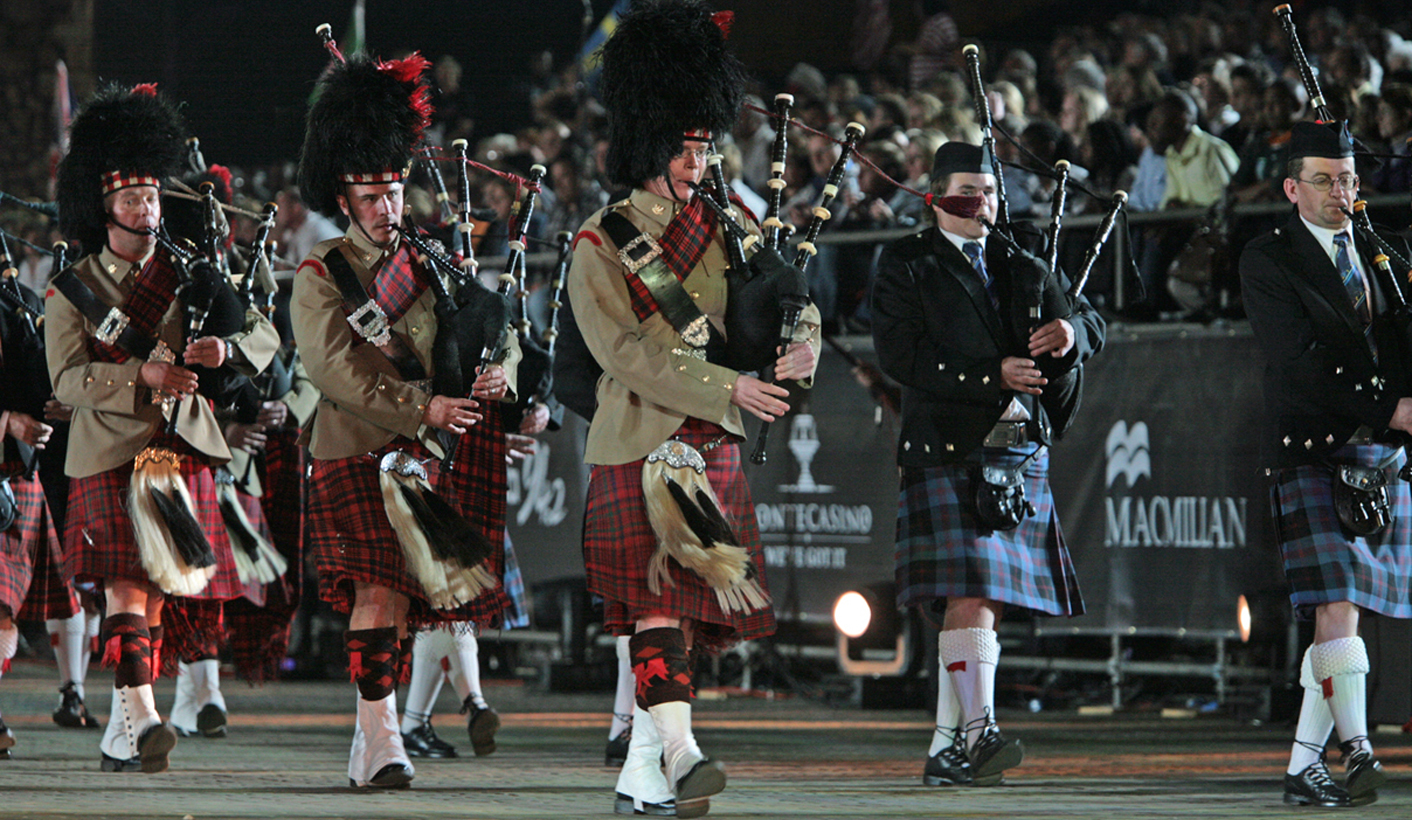 At the risk of coming off as terminally uncool, LESLEY STONES has found that marching bands are – well – kind of awesome. You’ll believe it when you see it, she writes. And see it you should.

It’s probably desperately unhip to say this, but this marching band malarkey really is quite something.

With a cast of more than 800 people, the annual Tattoo at Montecasino must have 200 drummers drumming, 100 pipers piping, Danish gymnasts leaping and Scottish ladies dancing. There was no partridge in a pear tree, and sadly, none of the motorcycle stunts or rifle drills that enlivened the Tattoo in previous years.

What the Tattoo offers this year is a mainly a massed field of bagpipes and drums marching against a backdrop of fake Tuscan walls. But angle the lights well and project some images onto those walls, and it does rather resemble an imposing olde worlde castle.

There were loads of empty seats in the stands, probably due to inclement weather, as Joburg’s ominous sky threatened to add a few spectacular effects of its own. Besides, anyone who was conscripted into the military may not want to pay homage to the parade ground, and bagpipes, let’s be honest, appeal to a limited niche audience. Still, thousands of us braved the cold and realised that a bagpipe played well doesn’t really sound like a cat being strangled slowly. (I know – live and learn.)

The show unfurled with military precision, with one troupe exiting at the front of the arena as another marched in from the back. Several pipe bands join forces for the opening numbers, and when mellow-voiced narrator Andy Dippenaar announced each troupe, I wanted them to wave so I could tell the Transvaal Scots from the Benoni MacTallas and assorted others. But a wave would hardly look dignified, so unless you’re smart enough to identity them by their tartan, you just sit back and enjoy the spectacle.

It really was quite spectacular, although a few things could be improved. The choice of music needs work, with too few stirring numbers where swirling pipes send a chill down your spine. Not to mention that the theme tune from Jurassic Park made a rather wimpy ending. Singers Siyasanga Papu and Vaughan Gardiner both sounded rather nasal when they led the massed finale, and lacked the power to give their performance any real punch.

The military side is padded out with an eclectic mix of other acts, including Irish, Scottish and Indian dancers and Danish youngsters, clad in vivid green lycra, dashing through skipping ropes. The oddest scene was the Army Pace Sticks Team. A pace stick, we were told, is an instrument to make sure everybody stands exactly the right distance apart on the parade ground. That’s taking military precision to extraordinarily anal lengths, but it doesn’t make great entertainment. Still, if anyone ever declares war, at least we know our army can impale the enemy on an outsize wooden compass – competently. Eish, bring back the men in skirts.

I was disappointed that the traditional Tattoo events of cannon racing and sword waving were absent – they’ve probably been sold for scrap metal as part of the military cutbacks. The stunt motorbikes have gone, too, but this time we had the Hogs of Johannesburg – the Harley Owners Group. They raced around revving their engines in time to AC/DC’s ‘Thunderstruck’. There were nine of them instead of a more synchronised 10, so I hoped one hadn’t been laid off in an accident as they practiced weaving in and out.

I’d expected a highlight to be Haggis & Bong, a rock band that adds bagpipes to its line up of guitars and a drum kit. I wanted to hear the band in their unadulterated glory, but their effect was badly diluted when traditional pipers filed in at the other end. The result was a discordant mish-mash with a display of Scottish dancing in the middle, leaving Haggis & Bong little space to rock the bagpipes.

The unexpected stars were the Air Force Band, with a great display of music and motion heightened by a sense of fun lacking in the other acts. They blasted out Queen’s ‘We Are The Champions’ and proved it, too, with Drum Major Flight Sergeant Musa Radebe delighting as the top stick twirler of the show.

You have to love a bit of pomp and circumstance, and overall the show is impressive, professional and decidedly offbeat, although tickets prices ranging from R218 to R398 may keep audiences away. Later, the skies opened and the first of Joburg’s spring storms proved even louder and more spectacular than the Tattoo itself. Thankfully by then all the bagpipes and sporrans were safely tucked away. DM