The shocking death of a journalist tests Tanzanian democracy 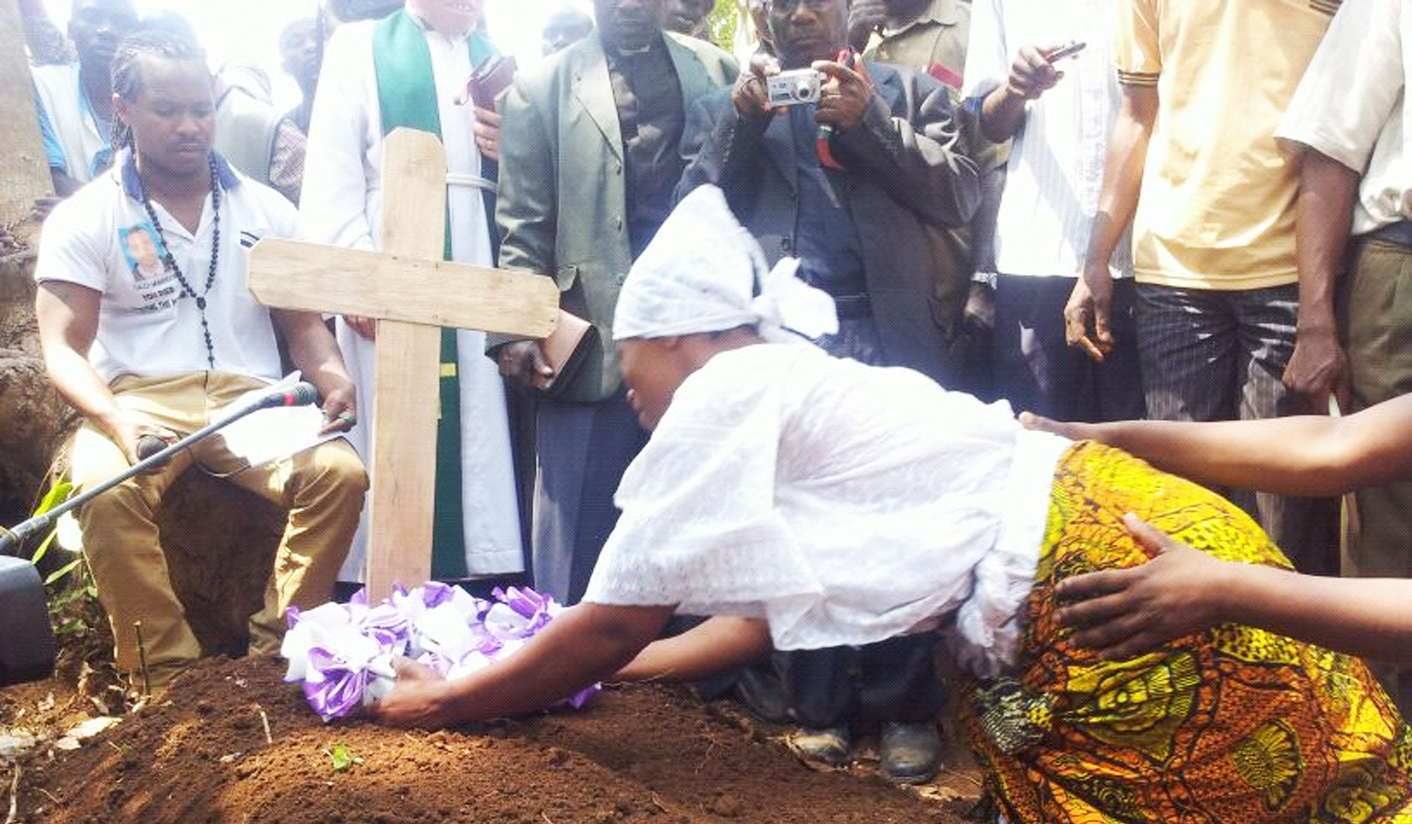 Photos show Daudi Mwangosi’s body lying in the dirt, his torso eviscerated after police allegedly fired a teargas canister at close range. He was the first recorded Tanzanian journalist to be killed in the line of work. The country is now asking why he was killed and what does it have to do with politics. By GREG NICOLSON.

Channel Ten’s Daudi Mwangosi was reporting on an opposition party gathering in Nyololo village when he reportedly tried to stop police from assaulting another journalist. Instead, they turned on him.

In spite of a police ban on political rallies during the Tanzanian population and housing census, conservative opposition party Chadema cha Demokrasia na Maendeleo (Chadema) planned to open new branches in the Iringa Region Sunday. When party supporters met police in Nyololo village they argued they were holding an internal meeting rather than a rally.

Regional Police Commander Michael Kamuhanda spoke to journalists before ordering Chadema members stop their activities. He allegedly was frustrated with Mwangosi, a television reporter and father of four, for incessant questioning. “Why are you always not satisfied with the answers,” he reportedly asked Mwangosi, who at that moment had only hours to live.

On Kamuhanda’s order, riot police went to disperse the swelling crowd. The Citizen’s Clement Sanga was among the journalists at the scene and said Chadema members were sitting with their hands on their heads to show they were not a threat. But when police approached their leaders, the crowd rose in their defence. Police fired teargas into the crowd.

Mwangosi went to intervene when he saw a colleague assaulted and arrested for photographing the demonstration. “Police turned on him and started to beat him,” observed Sanga. “Seeing that his life is in danger Mwangosi started to struggle, apparently seeking to disentangle himself from the grips of the law enforcers. Efforts by some journalists and policemen to plead with Kamuhanda who was in his Toyota Land Cruiser to stop his boys from manhandling the journalist fell on deaf ears. He drove off from the area.

“Shortly after (his) car left, one unidentified police officer fired a teargas canister at Mwangosi, ripping off his stomach and injuring another policeman who was standing nearby. After seeing Mwangosi’s dismembered body, people started to scamper for their lives.”

Images of the violence and gory aftermath were widely circulated and displayed on the blogs of Francis Godwin and Gustav Chahe.

Inquiries from the police and government will probe the incident. The government’s inquiry will probe the relationship between police and journalists, asking whether Mwangosi was targeted and whether police used excessive force.  “I want to assure every Tanzanian that this team will work very independently to come up with answers to the questions that the public has been asking,” said Home Affairs Minister Emmanuel Nchimbi.

But with gory images as evidence and no reports Mwangosi posed a threat to police, others say immediate action should be taken. “It was a deliberate move by police, who clearly targeted this journalist. Eyewitnesses said the journalist was surrounded by police, beaten up and brutally killed,” Tanzania Editors Forum Secretary General Neville Meena told Reuters.

The Chadema party spokesman said the police involved should be arrested immediately. The party condemned police and government for misplacing the focus of their inquiries. “We want an independent investigation to establish who ordered the police to commit murder instead of wasting public money to establish what is already known.”

“As for this case of our brethren Mwangosi, it is a development of the same scenario, being harassed as if we don’t have any right in the community. Many journalists have been beaten, tortured and jailed by this horde of servants,” added Manyerere Jackton.

As the country investigates its first reported death of a journalist in the line of work since the Committee to Protect Journalists started keeping records in 1992, it faces some tough questions. Did police attack Mwangosi because he was reporting on the fast-rising opposition party? Was he targeted for suspected sympathy towards Chadema?

The context paints a worrying picture. Mwangosi was killed a week after police fired teargas on an opposition protest, killing one and wounding others. Reports also suggest Chadema wasn’t the only party holding meetings during the ban on political rallies. It was, however, the only one they cracked down on.

Tanzania has a diverse media, but most outlets are cautious of being overly critical of government. President Jakaya Kikwete’s Chama cha Mapinduzi (Party of the Revolution) has dominated politics since independence, but in the 2010 elections the Chadema candidate increased his vote to 27%, a substantial increase from 5% in 2005.

Everywhere in the world, the strength of country’s democracy is tested the most when a dominant party start losing its grip on power. Tanzania, it turns out, is no exception. DM