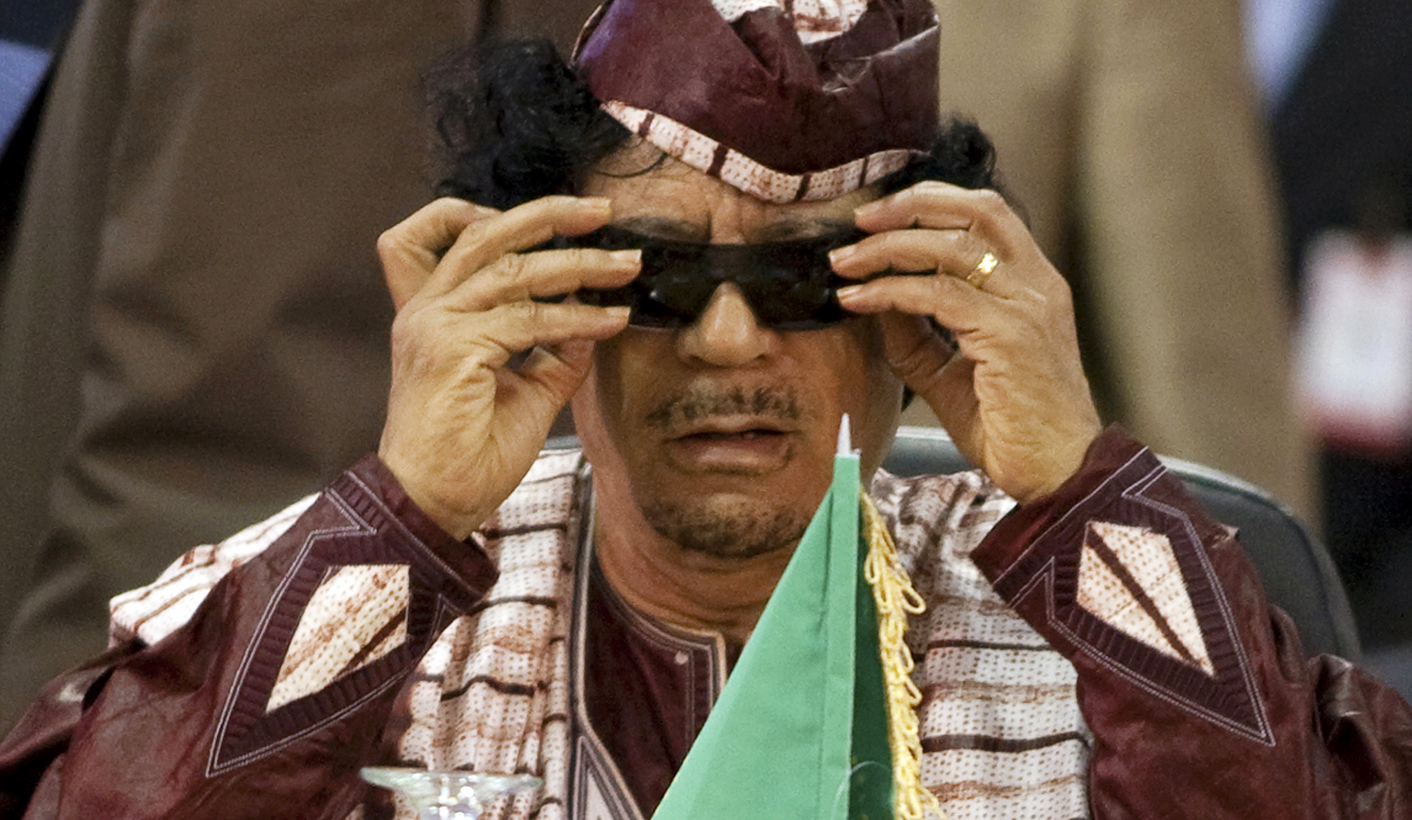 Buried in the filing cabinet of a Libyan intelligence chief, Human Rights Watch found evidence of collusion between Gaddafi’s regime and the United States in the illegal detention and torture of terror suspects. SIMON ALLISON is disturbed but not surprised, as America seems to keep finding itself on the wrong side of the Arab Spring.

I don’t know whether Abdullah al-Senussi is a man prone to pondering the ironies of life. If he is, he would have had plenty to think about as he sat on the plane that was taking him to his new prison cell in Libya.

Gaddafi’s spy chief has spent the last few months in Mauritania, where he was captured after fleeing Libya in the aftermath of the bloody demise of the regime he had done so much to protect. After much negotiation, and secret assurances made by the new Libyan government, Mauritania agreed to return Senussi – in shackles.

Not so long ago, Senussi was the jailer, not the jailed. Not so long ago, it was his government making the secret extradition deals and it was his security apparatus that would wait on the tarmac at Tripoli airport to bundle hapless prisoner into one of the city’s notorious jails. But then the Arab Spring happened, and suddenly all kinds of things were turned on their head.

It was Wednesday when Senussi arrived back home. Coincidentally, but poetically, it was the very next morning that Human Rights Watch published a damning report which emphasised just how ironic his situation really is.

In it, Human Rights Watch details how Libyan intelligence was complicit in the United States’ program of extraordinary rendition, the still murky operation whereby suspected terrorists where illegally detained in “black prisons” in various locations around the world, without trial or access to legal advice. Some prisoners were tortured, while others were transferred to Guantanamo Bay. Still others were handed over other intelligence services.

This is where the Libyans come in. In the chaos of the aftermath of the Libyan Revolution, Human Rights Watch researchers explored the office of Musa Kusa, another one of Libya’s top intelligence officials. There they found a number of files labelled “USA”. Inside these files were astonishing records of close cooperation between the US government and Gaddafi’s notoriously brutal intelligence arm, especially relating to Libyan terror suspects. Their contents were corroborated by interviews conducted with some of the suspects themselves, who were on the wrong side of Gaddafi but on the right side of the Libyan revolution.

In what must have been seen as a win-win situation at the time, some Libyan suspects – once they had exhausted their usefulness to American interrogators, sometimes after years of detention and torture – were handed over to Libya, even though they had been caught in Afghanistan, Pakistan or Iraq. Most of them were exiles, and staunch political opponents of Gaddafi’s.

“Not only did the US deliver Gaddafi his enemies on a silver platter, but it seems the CIA tortured many of them first,” said Laura Pitter, counterterrorism advisor at Human Rights Watch and author of the report.

The torture continued in Libyan prisons, despite written assurances given to the United States that the suspects’ basic rights would be respected. This should hardly have come as a surprise, given Gaddafi’s well-documented record in this area.

These revelations might help explain why the USA – defenders of human rights and democracy everywhere, if we are to believe the spin – was so wrong-footed by the Arab Spring, and particularly by Libya. It was only after the tide had comprehensively turned against Gaddafi that the American administration lent its support to the rebel cause and the no-fly zone established by Nato, even though it left most of the work to European nations.

Human Rights Watch was careful to point out that the abuses it documented occurred during the presidency of George W Bush, but this should not absolve Barack Obama from criticism. Although the program of extraordinary rendition has been somewhat toned down, he has not scrapped it, nor has he made good on his election promise to shut down Guantanamo Bay.

Yet the new Libya – run now by some of the very Islamists against whom the War on Terror is being waged – is unlikely to be a willing partner in this. That America’s ideological enemies are forcing it to improve its behaviour in at least one part of the world is the greatest irony of all. DM