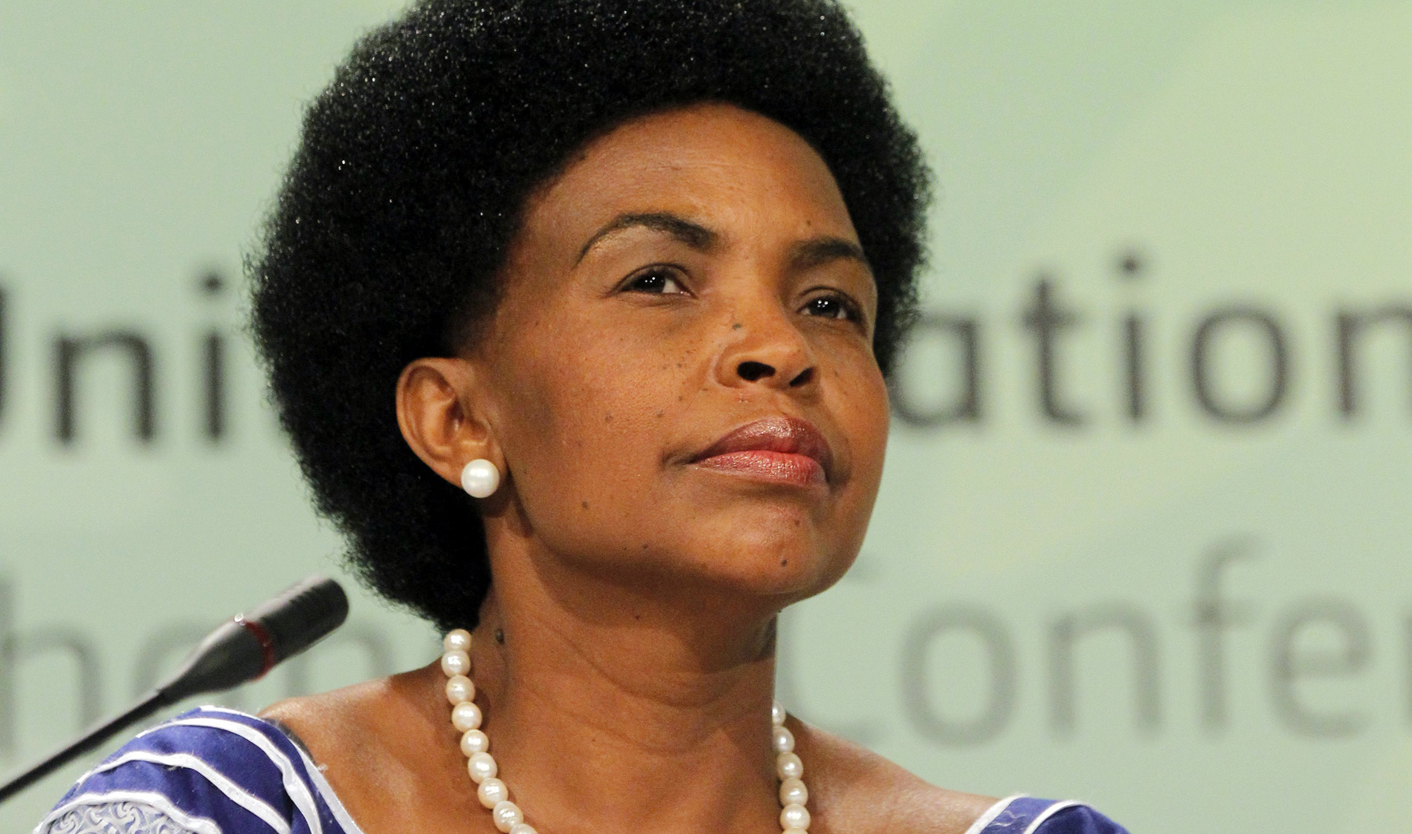 Responding to humanitarian disasters in Africa hasn’t been South Africa’s strong point in recent years, the government hampered by unwieldy laws and red tape. The department of international relations intends to change this. By SIMON ALLISON.

South Africa’s record on humanitarian assistance in Africa and the rest of the world is a little patchy, as even the Department of International Relations and Cooperation (Dirco) is happy to admit. It’s not that it’s been bad, especially in the context of what other developing countries are doing (or not doing), it’s just been a little haphazard.

Dirco wants to change this. “The way we are responding (to disasters) now is just not right,” said Deputy Minister Marius Fransman at a meeting convened with representatives of most major South African relief organisations. “We are dealing with disasters as if it’s an add-on…so if there’s going to be more disasters, because of the climate realities and impact in Africa, can we continue responding in this way?” This was a rhetorical question – the entire point of assembling the group of charities and non-governmental organisations in the OR Tambo Building was to chart a new course for South Africa’s involvement in humanitarian relief efforts.

His comments were echoed by Sivu Maqungo, director of Dirco’s East Africa section and head of the department’s humanitarian task team for Africa. “There has been an appetite to respond to humanitarian problems that exist,” he said – but not the capacity.

There have been a few issues, mostly concerning the speed at which the South African government can respond to emergency situations. It’s rarely fast. One stumbling block is the Public Finances Management Act, which regulates how public money can be spent. There’s lots of red tape to be completed, which is generally a good thing as it helps stem corruption and keep officials accountable. In the context of a relief effort, however, these tight regulations are counterproductive: “The money’s there, but the paperwork’s not done,” said Fransman.

Another problem is that no one in the South African government has the necessary know-how. Disaster management is a specialised business; at a moment’s notice, someone has to be able to figure out how to purchase maize in Niger, or get a plane loaded with supplies into the Democratic Republic of Congo. This can be done by non-specialists, but it takes a lot longer, and a day or two can be the difference between life and death for the people caught up in the disaster.

Dirco’s solution to this problem is elegant. Instead of trying to replicate the expertise which exists in a number of South African organisations involved in emergency work – such as Gift of the Givers, Rescue SA, Netcare, and Islamic Relief – Dirco wants to coordinate better with and among these organisations.

“We’ve had experiences where we’ve found that you as humanitarian organisations, because of the expertise and existing funding you possess, that you are able to get on the ground and respond far quicker than we as government. We want to ride on the back of that,” said Maqungo.

In return, Dirco promised to use some of its diplomatic clout to make things smoother and cheaper. Besides helping to cover costs, this would involve leaning on whatever government was involved to secure overfly rights for planes, customs exemptions for supplies and visa waivers for personnel.

Diplomatic intervention can be a powerful took. Mande Toubkin, Netcare’s general manager of emergency services, told the Daily Maverick about her recent visit with a colleague to some boreholes near the Kenyan border with Somalia. At every one of the numerous checkpoints along the way – usually the scene of long delays and occasional hassle – her vehicle was waived through. The guards were expecting her, and some even greeted her by name. This was after South Africa had asked the Kenyan government to smooth their passage.

Dirco’s renewed focus on humanitarian assistance is part of a broader strategy to beef up South Africa’s involvement in overseas, and particularly African, development. Currently, development aid is almost exclusively the playground of the developed world. It is an important tool in a country’s foreign policy arsenal – sometimes the most important. It is no accident that Britain’s Department for International Development has a budget more than twice the size of the Foreign & Commonwealth Office. The provision or withdrawal of aid money can be used as a carrot or a stick; this is often the first tactic that countries like the UK or USA employ to bring recalcitrant nations into line.

If all goes according to plan, the South African Development Partnership Agency (Sadpa) will be up and running sometime next year, with an estimated war chest of R3-billion (this figure comes from the South African Institute of International Affairs; Dirco itself is being tight-lipped about the funding, saying only that it will be “significant”). This will make South Africa a serious player in the development game, giving the country even more political muscle on the continent.

It’s not just about the politics, however. South Africa is in a unique position to really make its aid and development assistance count, and if all goes according to plan – certainly, Dirco is talking the talk at the moment – the new agency will avoid the mistakes of others. Specifically, it won’t re-invent the wheel. The idea is that Sadpa will use the expertise of organisations already involved in development work, harnessing their expertise rather than attempting to replace it.

Sadpa will also have a huge advantage in being the major African development agency, without any of the nasty colonial overtones often attached to Western aid. Theoretically too, as a developing country, South Africa might be in a better position to advise and assist other developing countries.

Of course, there is plenty of work that must be done before South Africa gets to this position, but it is an encouraging sign that the government wants to do the work and is willing to put serious money into it (even if they won’t tell us how much yet). It is even more encouraging to reflect that once upon a time South Africa itself received development assistance (and in some sectors still does), yet now finds itself able to disburse it.

Still, it is not an entirely selfless investment. As mentioned above, the increased involvement in development projects will do wonders for South Africa’s political influence. It will also polish our international image, which has taken a battering in recent weeks.

The question, then, is which motivation is stronger – the noble idealism or the self-interest? The two aren’t necessarily mutually exclusive. Handled with care and tact, it might not even matter. DM