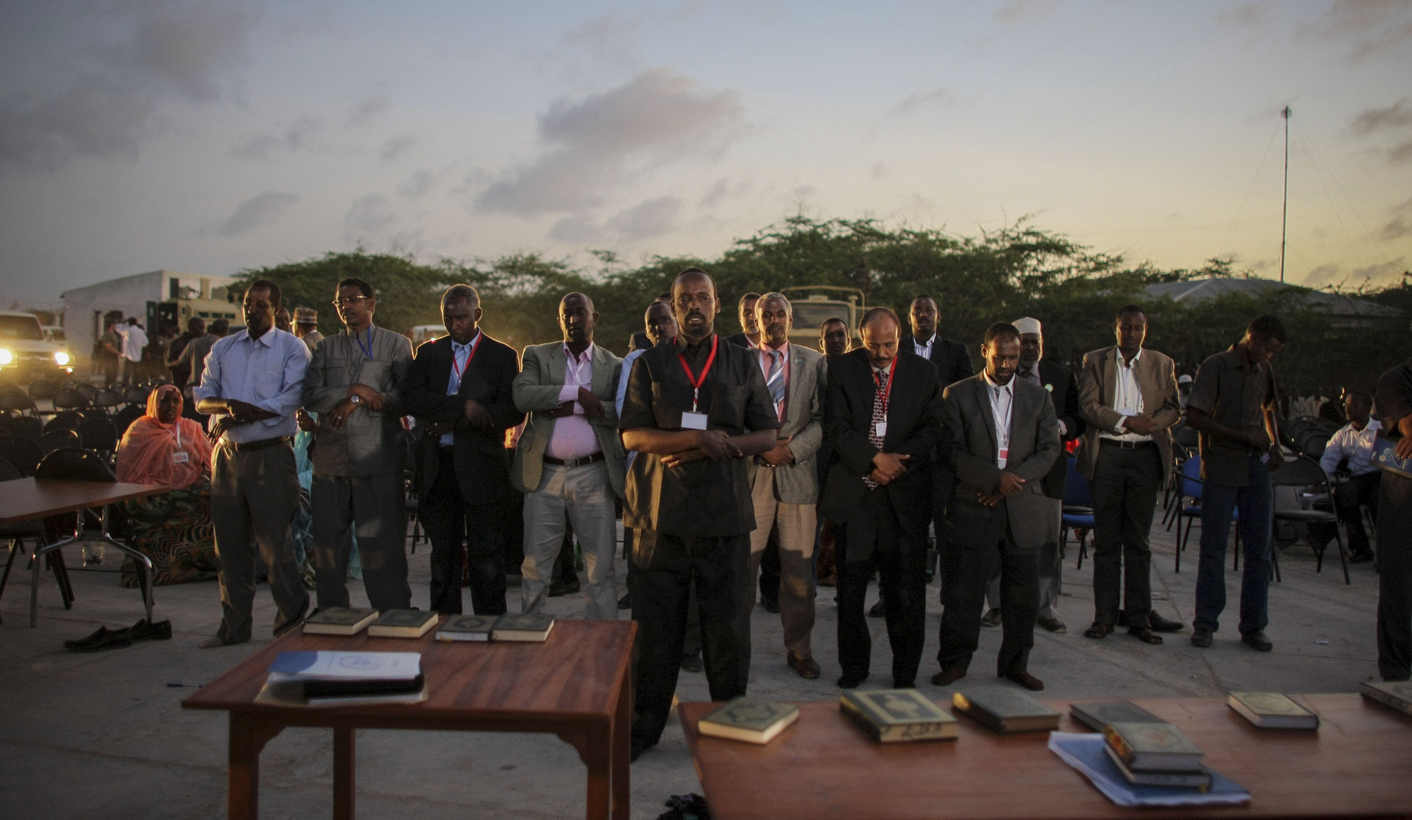 Foreign correspondents delight in reporting Mogadishu’s remarkable renaissance. The restaurants and cafes, the dry cleaner and the beautiful beaches all make for encouraging, optimistic vignettes of a city and a country on the road to recovery. But, SIMON ALLISON explains, Mogadishu is not Somalia, and there’s too much still to do before there are any real grounds for optimism.

Mogadishu is the renaissance city. Rising like a battle-scarred phoenix from the ashes of Somalia’s lost decades, the seaside capital – surrounded and secured by African Union troops – is rediscovering its once legendary buzz and vitality. There are new restaurants and cafes, neglected basketball courts have been returned to their original purpose and diaspora Somalis are pouring into the city with cash and initiative.

Foreign journalists have been eager to chronicle Mogadishu’s tentative recovery, fuelled perhaps by the fact that they can now get a decent cup of coffee there. The competition among correspondents has been stiff, each trying to find the most poignant example to illustrate the improved situation.

The Economist went with the Sixa ice cream parlour, whose signature cardamom-infused Neapolitan Sundae is in high demand. The BBC delighted in reporting on the opening of the city’s first and only dry cleaners, meaning that the president no longer had to get his suits pressed in Kenya. Robyn Dixon of the Los Angeles Times found Ahmed Jama, a hopelessly optimistic hotelier and restaurateur who returned from the diaspora to plough his money and time into a new hotel, designed to bring tourists to “the shores of one of the world’s prettiest beaches – which just happens to be on the edge of a city known for more than 20 years as the world’s most dangerous place.”

For me, the best anecdote came from David Smith, writing in the Guardian. Smith interviewed the members of a ‘guerrilla art’ collective, four Somali painters who, under cover of darkness, hang their giant works in prominent locations all over Mogadishu. This combines the themes of urban regeneration with political expression, neatly subverting the meaning of the word ‘guerrilla’ in the process.

All of the above examples are signs of rapidly changing times: Mogadishu, it seems, is nowhere near as scary as it used to be.

For the most part, this is thanks to the African Union Mission in Somalia (Amisom), a thousands-strong intervention force that has successfully pushed Islamist militant group Al-Shabaab out of the capital. Amisom has been supported by a loose coalition of Somali militia groups aligned with the government and together they have driven Al-Shabaab back to their de facto headquarters in the port town of Kismayo. Amisom’s Kenyan contingent is nearly ready to begin its final assault, and Africa Review reported that Kismayo’s citizens are fleeing the town in anticipation.

This won’t be the end of Al-Shabaab. The group has proved itself to be resourceful and resilient, and its message of Somali nationalism and Islamic supremacy has wide-ranging appeal – hence its ability to control vast swathes of southern Somalia, before the African-led invasion. All pointers indicate that the militants will pursue a Taliban-esque policy, melting away into inaccessible areas where they can plot and preach in peace.

“It’s Al-Shabaab’s political strategy that’s likely to be more effective than its military one,” writes Al-Jazeera journalist and analyst Abdi Aynte in African Arguments. “The group now plans to rebrand itself as the alternative to the new Somalia government, should the latter becomes yet another playground for rapacious men. Notwithstanding their brutal justice system, al-Shabaab has a track record of delivering three fundamental things that successive Somali governments have utterly failed to achieve: basic security, stemming corruption and a non-sectarian governing structure. Unlike the new Somali government, which has a four-year term to achieve something, al-Shabaab is neither bound by term limits nor by a legal framework. Its faceless leaders are prepared to stay in the periphery until the new government commits suicide.”

Aynte’s is a bleak assessment, but far more realistic than those optimistic vignettes of Mogadishu life, or the consistently hopeful stories about the new constitution and new parliament, most of which completely ignore political realities in favour of a blind faith in the power of democratic procedure (see ‘Somalia’s new constitution puts the cart before the camel’ on the Daily Maverick).

The fact is, Mogadishu is not Somalia. Even in the worst days of Al-Shabaab’s rule, sections of the capital remained under the control of the transitional government (or, more accurately Amisom troops). The recent improvements in the security situation there are not the result of political breakthroughs, but of brute force. The relative peace is maintained by a fierce security operation. Other towns and cities in Somalia don’t enjoy the luxury of thousands of well-equipped and trained troops to keep them safe.

Besides, even if Al-Shabaab were to be thoroughly vanquished (and this is almost unthinkable), the Somali state has plenty of other problems it must overcome before sustained progress can be made. Most glaring are the endemic corruption in government, the lack of representation involved in choosing the parliament and writing the new constitution. Then there’s the headache of disarming the reintegrating scores of militia groups that have arisen out of necessity over the last few years, some of which have enjoyed almost total autonomy in the regions they control (for a case study of how difficult this can be, see Libya’s problems incorporating revolutionary militias into society). There’s the even bigger headache of reconciling with breakaway regions such as Somaliland and Puntland, which are unlikely to respond favourably to Mogadishu’s diktat. And don’t forget the pirates – they haven’t gone away and they may be getting more sophisticated.

The biggest problem of all, however, is what happens when Amisom departs, as it must eventually. For how long will those ice cream shops remain open? What will the demand for dry cleaning be like when Mogadishu’s protective bubble is burst?

Yes, the progress that Mogadishu has made is encouraging. The real question, however, is whether it is enduring. With a war against Al-Shabaab still to be won, with a new government still to be tested and with all kinds of other issues yet to be contemplated, we won’t know the answer to this question for many months to come. Until then, let’s keep the optimism on hold. DM