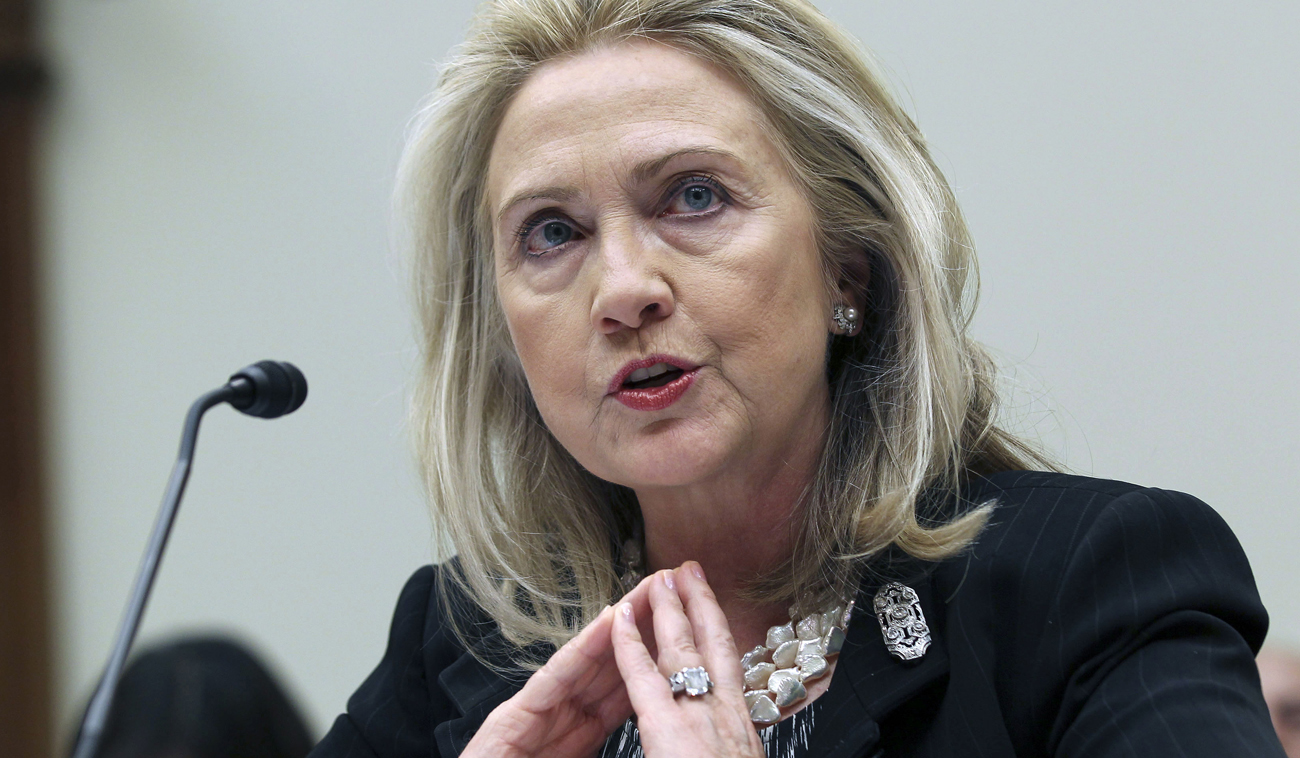 China and its neighbours in Southeast Asia must move to draw up a code of conduct in coming months to help resolve disputes in the South China Sea, and should refrain from threats and coercion that have sent tension skyrocketing, U.S. Secretary of State Hillary Clinton said on Monday. By Andrew Quinn.

Clinton, visiting Indonesia ahead of a trip to China this week, said she would tell Beijing and other claimants that it was essential to get faltering diplomacy back on track and move toward a deal.

“The United States does not take a position on competing territorial claims over land features, but we believe the nations of the region should work collaboratively together to resolve disputes without coercion, without intimidation, without threats and certainly without the use of force,” she said.

The South China Sea is one of a number of potential flashpoints that have emerged since the Obama administration announced it was “pivoting” U.S. attention to the Asia-Pacific following years of military engagement in wars in Iraq and Afghanistan.

Other disputes over maritime territory involving China and key U.S. allies South Korea and Japan have also sharpened, adding to strain on U.S.-Chinese relations as both countries make their way toward political transitions this year.

Clinton’s talks in Indonesia focused on the aftermath of July’s summit of the 10-member Association of Southeast Asian Nations (ASEAN), where efforts to agree on a common approach to territorial tensions with China collapsed in disarray, raising fears of increased friction..

Beijing’s assertion of sovereignty over a vast stretch of the South China Sea has set it directly against Vietnam and the Philippines, while Brunei, Taiwan and Malaysia also lay claim to other parts of the region, making it Asia’s biggest potential military troublespot.

China has resisted proposals for a multilateral code of conduct, preferring to try to negotiate disputes with each of the far less powerful individual claimants.

It has also stepped up its activity in the region, including establishing a military garrison on a disputed island, and accused Washington of seeking to stir up trouble far from home.

Clinton will travel to Beijing for Wednesday talks with top Chinese officials including outgoing President Hu Jintao and Vice President Xi Jinping, the man tipped to replace him at China’s paramount leader following a Communist Party congress later this year.

She said her message would be that it was time to calm to the waters and that a mutually agreed code of conduct was the best way to do this.

“It is critical for the work that has begun on the code of conduct to continue. The United States believes very strongly that no party should take any steps that would increase tensions or do anything that could be viewed as coercive or intimidating to advance their territorial claims,” Clinton said.

“It is important that there be a mechanism for resolving the potential for the outbreak of conflict or miscalculation by any party,” suggesting this could be a goal for the East Asia Summit leaders conference in Cambodia in November.

“This is in everyone’s interest, and it is time for diplomacy,” Clinton said. “I will be discussing these matters in Beijing with Chinese leaders. I think we can make progress before the East Asia Summit.”

Indonesia, the region’s biggest country and one seen as neutral given it has no claim to the disputed waters, has taken on the role of mediator, and Foreign Minister Marty Natalegawa said he was confident that the ASEAN nations were now working in concert on the South China Sea issue.

Natalegawa said he had had “frank” discussions on the subject with Chinese Foreign Minister Yang Jiechi during a recent round of Indonesian diplomacy aimed at getting all parties back into talks.

“I think the track is quite clear what’s ahead of us,” Natalegawa said. “Absent the diplomatic process, we can be certain of more incidents and more tension for the region.”

Clinton’s current trip began in the South Pacific – another corner of the world where Beijing is fast expanding its influence – and she will continue on from China for further talks in East Timor and Brunei.

She will round out the week in the Russian port city of Vladivostok for the annual Asia Pacific Economic Cooperation (APEC) forum, a further chance to press the theme of U.S. engagement with regional leaders. DM