A tale of two worlds – Sun City and Marikana 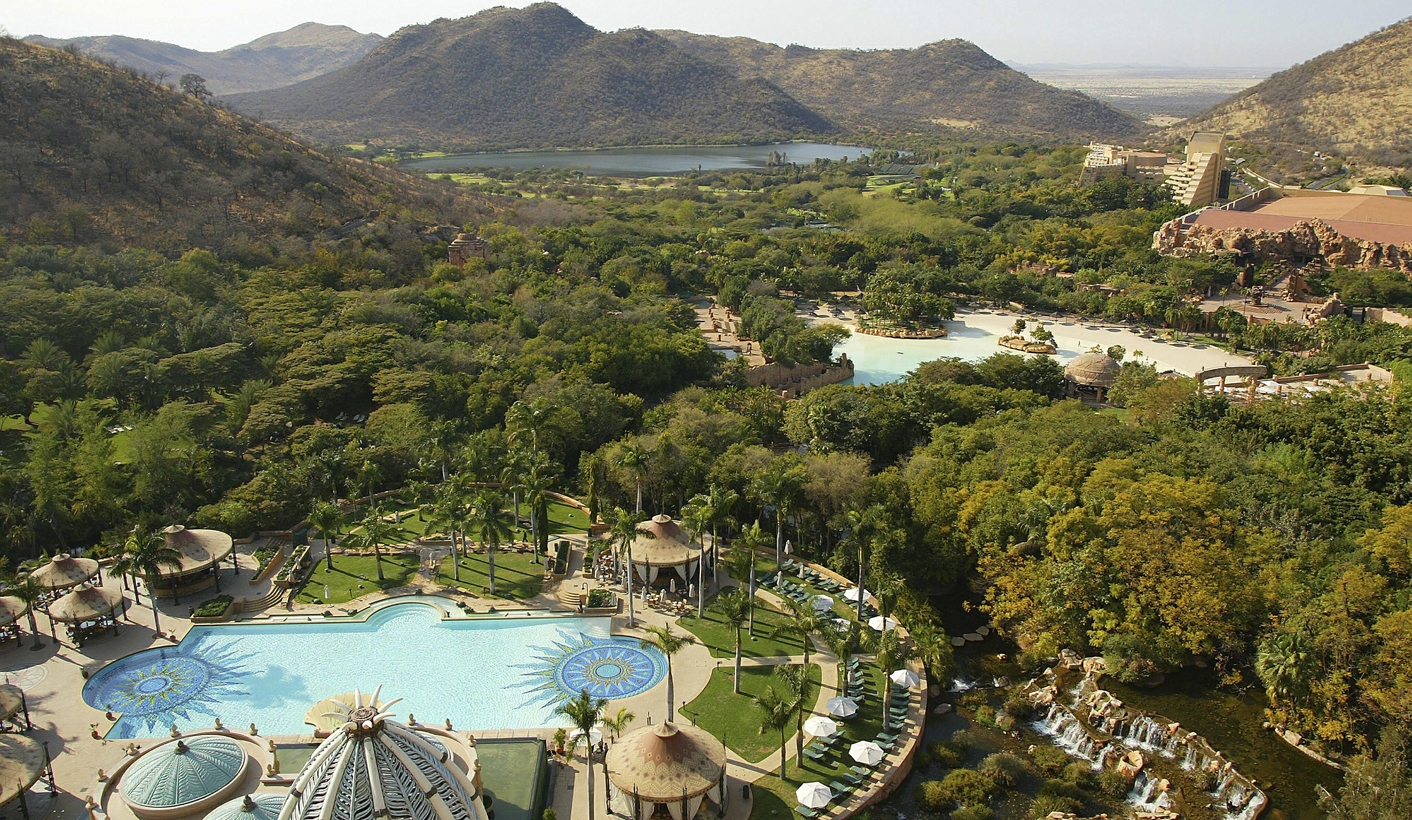 In a few weeks, the platinum industry’s leading lights will be at one of the industry’s biggest conferences not very far from Marikana. Planned long before the police shot 112 miners on 16 August, the preliminary programmes don’t promise that delegates will be made to dwell much on the human aspect of the industry. By SIPHO HLONGWANE.

Located just 70 kilometres away from Marikana, Sun City could not possibly be further away from the squalor of the squatter camps and small towns that surround the clutch of platinum mines dotted over the eastern portions of the North West province. The casino and resort is ostentation on a grand scale.

Built by Sol Kerzner in Bophuthatswana to avoid the Apartheid government’s disapproval of gambling and topless revue shows, it continues to enjoy strong patronage from Gauteng’s moneyed – and, fittingly, will host the 5th Platinum Conference in second week of September. The conference is hosted by the South African Institute of Mining and Metallurgy, and according to an insider, is one of the most important of its type in the world. Naturally, the topics are very industry-specific and technical. Some proposed speeches include: “Highly efficient electric smelters for the platinum industry – SMS solutions for energy saving”, “Ruthenium and iridium. Strategic metals for tomorrow”, “Investigating ion exchange for the recovery of platinum, palladium and gold from a pregnant cyanide heap leach solution” and “Analysis of critical success factors for public private partnerships in the SA infrastructure development”.

The title of the conference is “A Catalyst For Change” and promises to help build a viable industry that benefits all stakeholders.

“PGMs, and particularly platinum, are well known for their chemical catalytic behaviour, their role in minimising harmful motor vehicle exhaust gases, and their ability to increase the effectiveness of fuel cells to create a greener world. Less well known is the catalytic effect that the platinum industry has had in transforming South Africa and promoting change,” the preliminary programme says. “Central to the social transformation of the South African mining industry has been the Mining Charter, with many platinum mining companies meeting or exceeding requirements and so setting new benchmarks.”

What is sadly missing is any mention of Marikana, except that on 21 September the conference delegates will visit a smelter owned by Lonmin Platinum. While the programme that we saw was drawn up before the second week of August (on which 10 people died in fights between two rival unions and the police, and then the cops retaliated by killing 122 people, killing 34 and injuring 78), the events have now taken on a life of their own, becoming worldwide news and a political earthquake for South Africa.

For now, the people facing the most questions following August 16 are the police. But that’s not to say that the delegates in Sun City might not have something to mull over themselves. The miners went on strike to demand R12,500 net pay, and things quickly got ugly from there. Why has the same not happened in the gold and coal mining industries? Could it have something to do with the high concentration of the industry, coupled with a volatile bargaining environment and a tumbling platinum price all pressurising the industry at the same time? How have the stories of miners’ lives and their deaths hurt the industry? More to the point: what can be done?

The massive concentration of mines in the Bushveld Igneous Complex in the North West and Limpopo is, naturally, because most of the world’s known platinum is found in this area. Formed millions of years ago by a spectacular volcano that is today Pilanesberg, it now contains deposits of the platinum group of metals, two of which (platinum and palladium) are used as catalytic converters in low-emissions vehicles. Nowadays, the mine employees live and work within walking distance of the different mines. When unrest started at Impala Platinum – and before that, in Zimbabwe, where the company has had a pretty thin time of it lately – due to union strife between the National Union of Mineworkers and the Association of Mineworkers and Construction Union, it easily spread to Lonmin PLC, where it wasn’t sufficiently contained, and then on to Royal Bafokeng Platinum, where the company did manage to get a grip on the labour dispute before it turned violent.

While Lonmin, the government and the unions are trying to broker some kind of peace deal, should it not be a concern for the entire industry that union trouble can affect them all very badly?

The platinum price is also currently undergoing a correction after a huge spike in 2007, which means that a lot of companies must either lose jobs to cut production costs and global supply. The industry must surely ask, even as it prepares for a couple of tough years followed by an upsurge in demand and therefore price, what the human cost is.

The Marikana shootings must surely prompt a more penetrating look at the price of platinum for those in the trenches. Even if it is just a speech at first, the industry must find a way to recognise and narrow the gap between Sun City and Marikana. DM