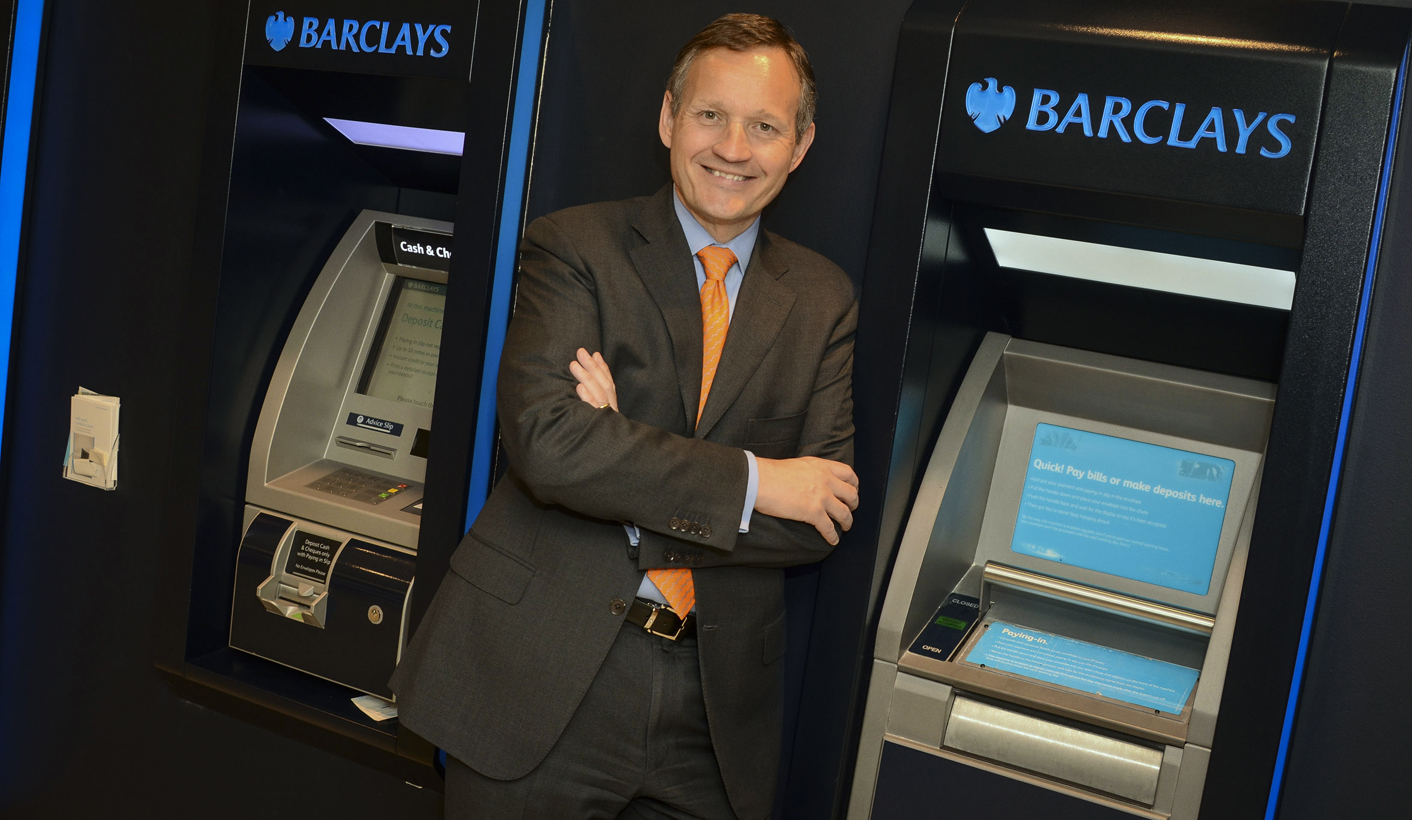 Barclays named retail banker Antony Jenkins as chief executive on Thursday, signalling a shift from riskier investment banking as it tries to recover from the interest rate-rigging scandal that brought down his predecessor. By Sarah White and Steve Slater.

Criticised by regulators for an aggressive culture under limelight-loving American Bob Diamond, Barclays must now decide how far to curb the investment bank he built and which generates most of the British bank’s profits.

His soft-spoken manner contrasting with the brash Diamond’s, Jenkins said Barclays had made mistakes and had to change to get beyond them.

“Getting there will require nothing short of the transformation of how we operate the business,” he said.

He told Reuters: “It would be wrong to ignore some of the things that have happened in the past. That does require us to modify the culture.”

He was appointed hours after Britain’s fourth biggest bank by market value said fraud prosecutors had launched a criminal probe into dealings with Qatar in 2008. That comes just two months after it was fined over $450 million for manipulating Libor benchmark interest rates, prompting Diamond’s resignation.

Jenkins, 51, started as a graduate trainee at Barclays in 1983. After spells elsewhere, he returned six years ago to turn around its credit card business before taking on all its retail and business banking.

He had been seen as the leading internal candidate to succeed Diamond, although some investors had questioned his lack of investment banking experience and would have preferred an external hire to mark a bigger change.

The investment bank has been at the heart of the firm’s recent troubles, but it delivered 54 percent of the group’s underlying profit in the first half of 2012.

“The fact that he’s come up the ranks in the retail and commercial world means he’ll take a very fresh view of the investment bank,” Oriel Securities analyst Mike Trippitt said. “He’s a very capable guy.”

Jenkins declined to outline plans for the investment bank.

Barclays would only be following other global banks in scaling back investment banking at a time of tougher economic conditions and additional regulation, but there was no guarantee of dramatic changes.

They would be “incremental rather than revolutionary” said Jason Napier, analyst at Deutsche Bank.

Barclays shares closed down just over 1.5 percent compared to a 1.2 percent fall in the European banking index. Its shares are down over 4 percent since the Libor scandal blew up, valuing the bank at 23 billion pounds.

In style, there is little doubt Jenkins will mark a contrast with the flashier Diamond, who relished being photographed handing out the trophies for England’s top soccer league, which the bank sponsors.

Jenkins dislikes football. Known as “AJ”, he prefers tennis and running and likes to keep a low profile.

The Oxford University graduate, who grew up in the central English town of Stoke-on-Trent, left Barclays in 1989 and spent 16 years at U.S. rival Citi in London and New York before returning to a bank whose origins date back over 300 years.

“First is a period of stabilisation,” Jenkins said, promising to work with investors, politicians and regulators, who often bristled at the approach of Diamond, who once famously said it was time for bankers to stop apologising.

A long-term plan should come in the first quarter of next year, Jenkins said.

He set less ambitious financial targets than his predecessor – aiming to deliver return on equity (RoE) above cost of capital of about 11.5 percent rather than use the absolute RoE target of 13 percent set by Diamond.

RoE is a key measure of profitability and many banks are struggling to match their cost of capital. The bank’s adjusted RoE was 9.9 percent in the first half of this year.

Some financial analysts doubted whether Jenkins would bring about a deep change in culture.

“At least he comes from the side of the bank that was blameless in the recent troubles,” said Jane Coffey, head of equities at Royal London Asset Management.

Given his fondness for technology and gadgets, Jenkins may be more likely to accelerate change in retail banking as it is transformed by developments such as contactless card payment and mobile phone money transfers.

The appointment of Jenkins fills the second of the top two posts left vacant at Barclays by the Libor scandal.

Outgoing chairman Marcus Agius, who also resigned over the rate-rigging, will be replaced in November by former Morgan Stanley advisor David Walker. His background could appease anyone worried about the future of the investment bank or the need for an outsider to bring change.

Jenkins will be paid a salary of 1.1 million pounds, but could take home 8.6 million including bonus, long-term incentives and pension – or 29 percent less than his predecessor’s maximum.

To think through a problem, he puts on jazz or classical music, he once said.

“If I have a big meeting that I need to get pumped up for I’ll put on rock music,” he added. DM

Photo: The then chief executive of Barclays global retail banking, Antony Jenkins, is seen in this undated handout photograph released in London August 30, 2012. Britain’s Barclays on Thursday named retail boss Jenkins as its new chief executive, handing an insider the task of helping to repair the damage caused by a rate-rigging scandal. REUTERS/Barclays/Handout