UCT scientists and the holy grail of a malaria cure 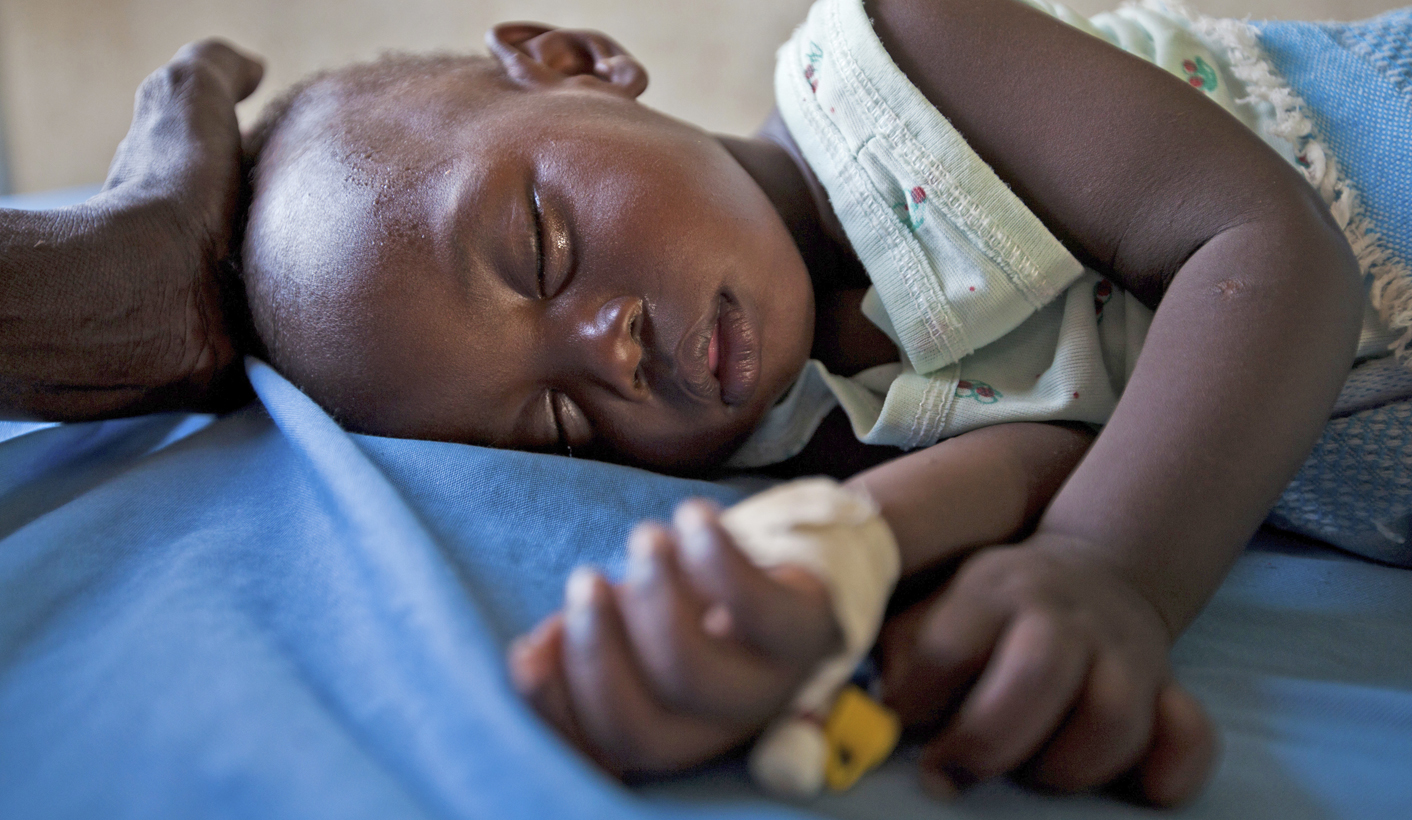 While it’s too soon to foresee an end to malaria as a killer disease, UCT’s announcement on Tuesday of the discovery of a compound with the potential power to cure all strains of malaria has set the scientific world abuzz. Though clinical trials on humans have yet to take place, the development is being hailed as ‘a proud day for African science’. By REBECCA DAVIS.

A safe, effective oral cure for malaria, with no side effects. Even better: it may block transmission of the malaria parasite from person to person. It sounds too good to be true. But this is precisely what is envisaged by a Swiss-South African research team, which on Tuesday announced it had found a synthetic molecule that has the potential to become a single-dose cure for malaria. If this proves the case, its importance cannot be overstated: malaria doesn’t make headlines as frequently as HIV/Aids and TB, but it takes a debilitating toll – particularly in sub-Saharan Africa – both in human and economic terms.

“A child dies every 46 seconds from malaria in sub-Saharan Africa, and 90% of malaria deaths take place in sub-Saharan Africa,” Dr Tom Ellman, head of Medecins Sans Frontieres South African Medical Unit, told the Daily Maverick. “It is estimated that African economies lose up to $12-billion per year directly related to malaria and its impact on productivity. So it’s a massive problem for the region, and we are desperately in need of more effective responses.”

As such, it is little wonder that Science and Technology Minister Naledi Pandor was in ebullient mood Tuesday. “The discovery that we announce today is a significant victory in the battle to alleviate the burden of disease in Africa,” she said. “Clearly the war on disease is not yet won, but I am excited by the role that our excellent scientists have played in finding a potential single-dose cure for malaria and possibly preventing its transmission.”

The Department of Science and Technology has ploughed R25-million into the research programme that produced the compound, so there must be a sense of vindication to see such promising results from the investment. The breakthrough has come from a collaboration between Switzerland’s Medicines for Malaria Venture (MMV) and the Drug Discovery and Development Centre (H3-D) at the University of Cape Town, led by Professor Kelly Chibale. Ellman said public-private partnerships of this kind may increasingly be the key to tackling the so-called “neglected diseases”.

The compound, from the aminopyridine class, was code-named MMV390048, a label which will presumably have to be sexed-up if it goes into commercial development. It was first identified in 2010 and tested in animals in early 2011. The results were extremely encouraging: animals infected with malaria parasites were completely cured after being administered a low oral dose. The drug also remained in the animals for a long time, which is important because it prevents any re-growth of the parasite.

The compound has also been hailed as “outstanding” for two further reasons. Firstly, it involves only a single dose, whereas other currently available clinical drugs require at least four daily doses. Secondly, it was tested against a number of different drug-resistant strains from both Africa and Asia and proved effective against them all.

Ellman said his initial impression of the development was that it seemed “very safe, highly effective and very interestingly attacks a number of parts of the parasite pathway, meaning it can both cure the disease and eradicate the infection.” This is a fairly complicated point, he said, but “there is a big difference between a drug that treats a disease and a drug which prevents transmission”.

Ellman pointed out that malaria is not HIV: there are already drugs available which can cure malaria. The problem, however, is the rise of drug-resistant strains of the disease. “The rise of resistance has meant we are now dependent on one particular class of drugs, which are effectively the last line of defence. We’ve had a battle over the last 10 years to get countries to adopt these drugs in the face of old drugs like chloroquine failing,” he said. “But in parts of Southeast Asia we are now seeing that resistance is appearing even through this last line of defence.” It is this aspect that makes the new compound particularly exciting.

He did, however, sound a warning note. While new research is important, he said, funding and attention still needs to go toward existing malaria-combating measures. “We already have effective prevention tools and cures which are not being implemented,” he said. This is due to a combination of factors, much the same as those contributing to the spread of HIV: a lack of funding; conflict in certain areas; corruption; failing health systems and so on. “In pushing for new drugs, we need to recognise that people are dying preventable deaths now because we are not using what we already have.”

The other caveat, of course, is that MMV390048’s results currently only hold for animals. Clinical trials on humans will only begin in late 2013, so the champagne needs to stay on ice until well after then.

“The next stage would involve small numbers of people, to test the toxicity,” Ellman said. He stressed that this is not likely to be a speedy process, despite what seems to be extensive financial muscle behind the project. “We’re certainly not talking about a drug which will be available within the next two years.”

There is one other exceptional aspect to MMV390048. Other than its potential to save lives, the compound is notable for being the first of its kind researched in Africa, a feature emphasised by both Pandor and Chibale on Tuesday.

“This is the first ever clinical molecule that was discovered out of Africa by Africans from a modern pharmaceutical drug discovery programme,” Chibale told eNews. “That in itself is extremely significant because it shows that we can actually do this, that we can actually solve our own problems.” DM