Paralympics: Pistorius’ second chance to shine (not that he needs it) 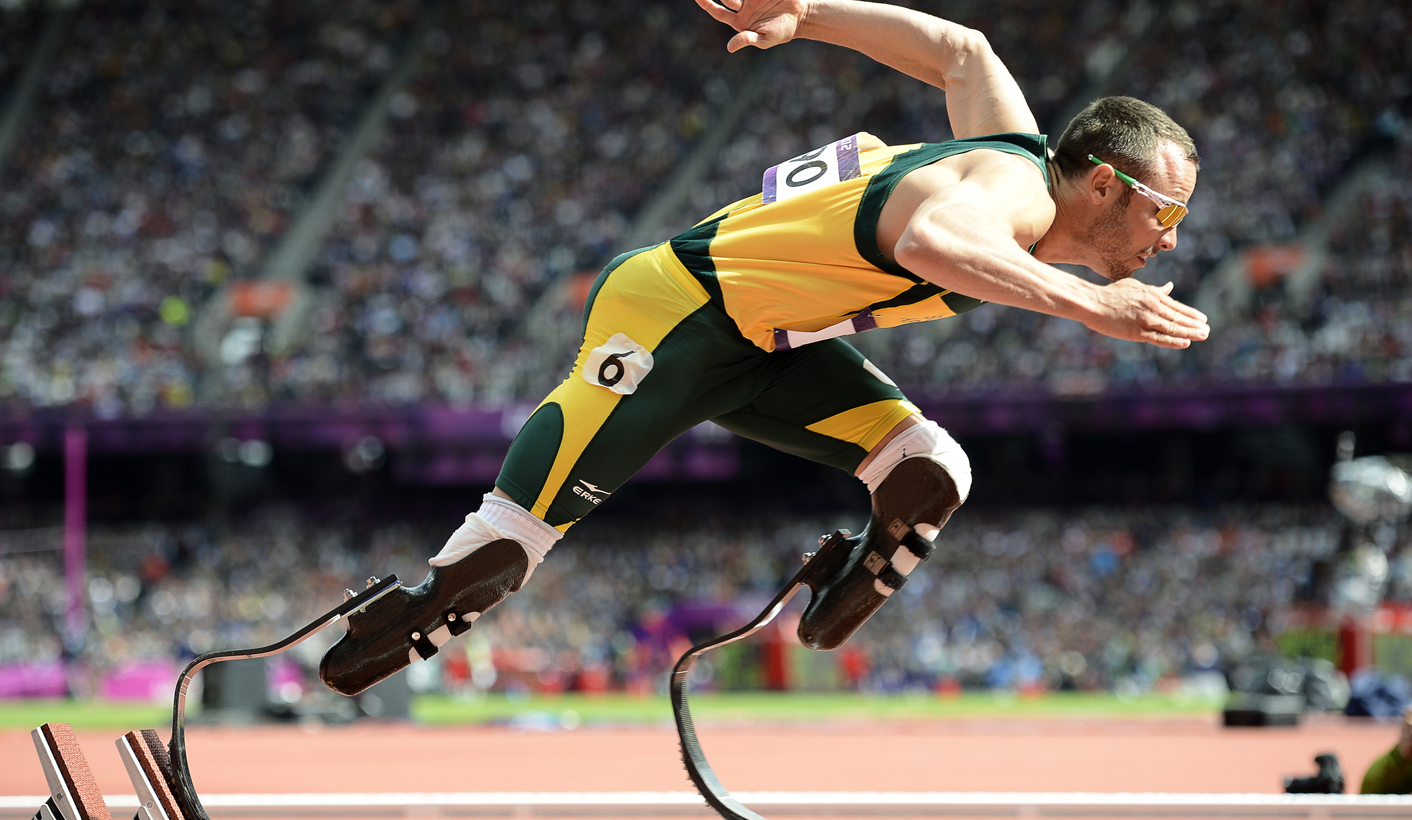 Oscar Pistorius got his second chance for golden glory after the Paralympics got underway in London on Wednesday. For him – and the rest of the athletes competing – it’s the ideal opportunity to change the perception surrounding what it means to be disabled, writes ANT SIMS.

Just a few weeks after making history by becoming the first double amputee to take part in the able-bodied Olympics, Oscar Pistorius got another chance to go for gold when the Paralympics kicked off in London on Wednesday.

The 25-year old made it to the semi-finals in the men’s 400 metres, but admits he had a bit of a tortoise-vs.-rabbit moment on the day of his race.

“I didn’t have patience on the day. I should have been more patient,” Pistorius told a news conference before the London Paralympic Games, which begin on Wednesday.

“At the 250-metre mark I realised I had already dug quite deep. I’ve got used to the track and it’s going to be the same passionate crowd, which I can hopefully use to my advantage.”

The Johannesburg native has his first chance on Saturday, when he starts his T44 200m campaign at 19:44 UK time. He’ll be back on the track again on the Saturday, in the T44 200m final. It’s an event he has won gold in twice before, in Athens in 2004 and in Beijing in 2008, and Pistorius is bullish about his ambitions.

“My focus is on trying to defend my titles, but then I have to be realistic and say the 400m and the 200m are the events I am better suited at,” he said.

He’ll also be running in the 100m next Thursday, 6 September. He won gold in the event back in 2008, and while he admits that he would love to defend his title, he does have some fierce competition in the form of Jerome Singleton and Jonnie Peacock. Peacock set a world record for single-leg amputees in June – namely 10.85 seconds – while Singleton was runner-up in Beijing four years ago.

“The 100 is going to be the biggest challenge. If I can finish in the top three I would be more than happy.”

Pistorius ran his first 100m in 16 months last week in Warsaw and admits that the 100m isn’t top of his list.

“It’s not really my event so, although I do feel threatened, I don’t feel helpless. As Jonnie and those guys focus on the 100m, my focus is on the 400m, on the opposite side of the spectrum when it comes to sprinting,” said Pistorius.

“He improved by more than half a second,” Pistorius added of Peacock. “You never see that, especially in the 100m. He is a huge threat.

“Experience counts for a lot, though. Singleton is a true professional and he doesn’t let competition get the better of him. He’s been one of the only athletes to beat me in six years in the 100.

“But as long as I run the best race I can do on the day, I don’t really mind too much what happens. If the sport evolves, that’s one of the best things that could happen.”

Much has been said about the impact the Paralympics can have and how it can serve as inspiration for others in similar situations, and Pistorius agrees that he has seen people’s mindsets change when it comes to approaching those with disabilities.

“In the last two to three years I’ve seen a shift,” he said. “For many years people have shunned disability, but I don’t have anything in life I’m not able to do. I don’t think of my disability, I think of my ability.”

The South African is a household name in Britain, as he is in most corners of the world. While his inclusion in the South African Olympics team did raise a few eyebrows – including a couple on these pages – his performances in previous Paralympics cannot be faulted.

For Pistorius and the rest of the athletes competing in the Games, the challenge is about changing the perception surrounding disabilities. In most places around the world, there is still very much a negative stigma attached to being disabled, simply because most of the older generation find it awkward to talk about for various reasons. Whether parents are scared to talk to their kids about it because they don’t know how to explain certain disabilities or they don’t know how their children will react, the inability to communicate and raise awareness undoubtedly has an impact on the lasting stigma.

Pistorius feels that the Paralympics period in London is the ideal time to start changing perceptions, simply because people in Britain are far better educated when it comes to talking about disabilities and people with disabilities.

“Perception is a huge thing, people are scared to talk about it and feel that the stigma is just completely taboo. The UK has come a long way, though. I compete here every year and I think for the first time the world will be subject to the view of the people in Britain and how they view the sport,” said Pistorius.

“It’s a sport that’s pretty hardcore and it’s full of triumph. The perception needs to be changed with the younger generation.” DM