When all else fails, Togolese women choose to withdraw sex 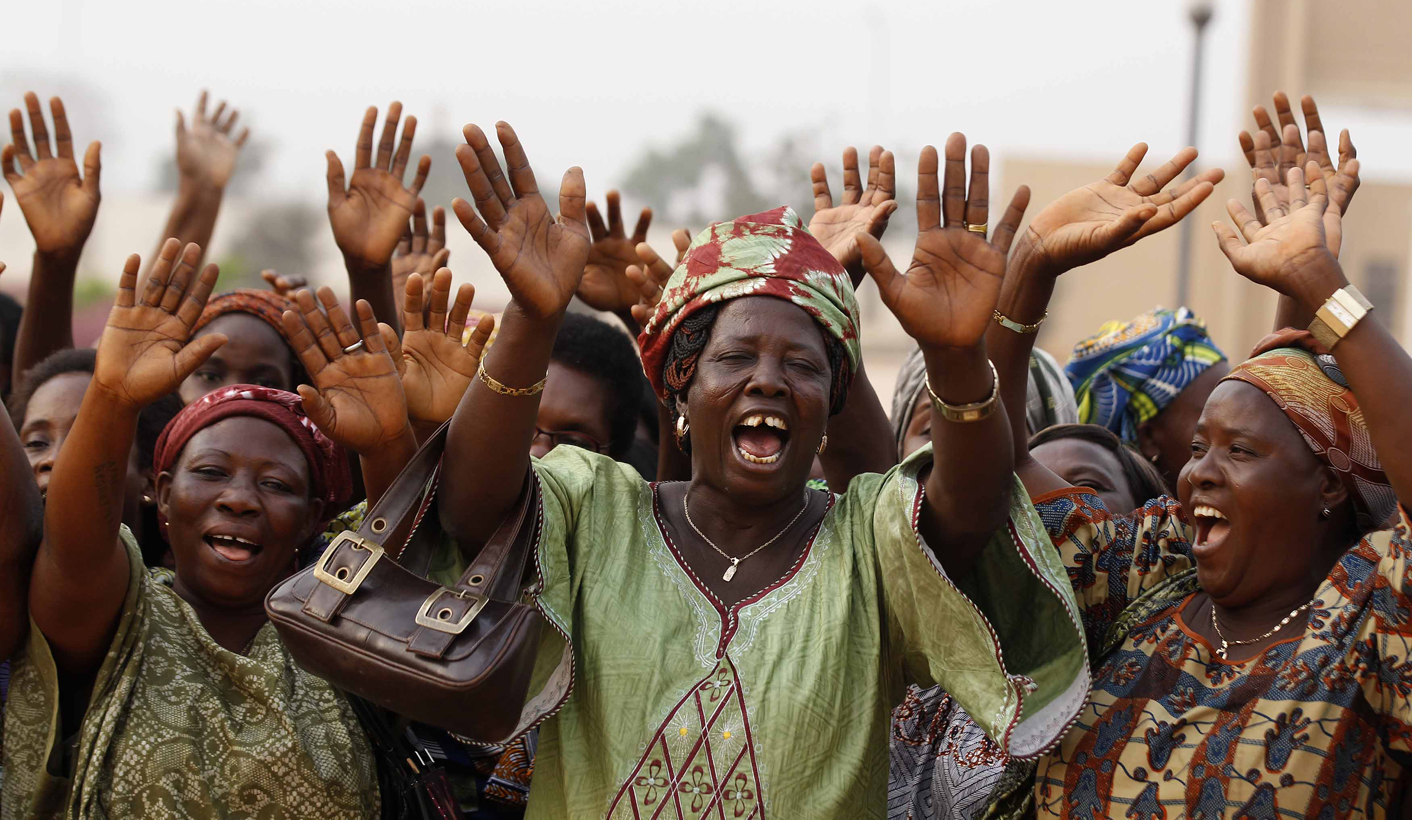 Fed up with their government, a group of women in Togo has decided to try a new strategy. It’s going to be a frustrating week for their husbands and partners, but their ‘sex strike’ is not without historical precedent, and has proved to be surprisingly effective at raising attention. By SIMON ALLISON.

In 411 BC, a Greek playwright called Aristophanes wrote a comedy. A farce, to be precise, predicated on a situation so absurd that it could not possibly happen, although it was clearly hilarious to contemplate. He called the play Lysistrata, after the main character, a fiery Athenian woman determined to put an end to the disastrous Peloponnesian Wars that were destroying the Greek peninsula, taking the lives of far too many sons, fathers and husbands.

Lysistrata’s solution to the fighting was simple but effective. “O women, if we would compel the men to bow to Peace…We must refrain from every depth of love,” she said. To paraphrase her words a little more bluntly, if women want to make men behave, then they have to deny men the one thing they want most: sex.

Fast forward a couple millennia and Aristophanes’ farce is swiftly becoming reality. The latest example comes from Togo, where a group of women linked with the political opposition to President Faure Gnassingbé have gone on a week-long sex strike. “We have many means to oblige men to understand what women want in Togo,” said Isabelle Ameganvi, head of the Let’s Save Togo alliance. The most powerful of these is the withholding of sex.

Surprise, surprise, it wasn’t a popular form of protest with the men of the opposition alliance. “When the first strike was started yesterday, (they) came and they begged the women to lessen this idea because the idea was very difficult for them. But all the women who were at the manifestation (sic) said ‘no’,” said Ameganvi.

Togo’s women are following in footsteps of other women in the continent who have tried the same thing. In 2009, Kenyan women locked their amorous husbands out of the bedroom for a few days to underline their frustration with the lack of cooperation being shown by the two parties in the country’s new and fragile unity government. They were joined in their protest by the prime minister’s wife Ida Odinga, much to her husband Raila’s frustration (both political and sexual, one imagines).

In Liberia, it was a Nobel Peace Prize laureate who famously included a sex strike as part of a package of political activism. Speaking later to the Huffington Post, Leymah Gbowee said she thought sex strikes were an important political tool for women, and explained that their goal was more about raising awareness than about sex itself. “It’s effective in the sense that it gets people’s attention,” she said. “Sex is an exotic thing, and many people would say it’s a taboo subject. But when someone dares to bring it to the attention of the public, it has two results. People start saying, ‘Who’s this person doing this?’ and they start asking why the person is using sex to highlight an issue. And it gets men thinking. There are a lot of good men out there! The percentage of men who wage war is very small. Good men outnumber evil men, but why are they silent? Our strategy helps the good men because it gives them a reason to take action. They start talking to their colleagues and beer buddies, saying ‘This war is wrong.’”

One of South Africa’s leading feminist writers, Jen Thorpe, editor of FeministsSA.com, told Daily Maverick that she’s not so sure that sex strikes are a good idea in the long run, especially as far as women are concerned.

“It reinforces the idea that sex is an instrument. In South Africa sex is used as a weapon via rape and sexual violence. I think narratives that say ‘We’ll take your sex’ or ‘We’ll take sex away’ reinforce that sex is an acceptable transaction point in an effort to achieve a particular end. And it reinforces problematic narratives about women who withhold sex for whatever reason, suggesting that they’re doing it to control men. These are some of the narratives we hear in sexual violence culture to legitimate rape.”

There are other examples around the world of withholding sex being used for political motives. Most recently, a politician suggested women use it to force their husbands to find a solution to that country’s governance crisis (they went without a government for a record 541 days).

In Colombia in 1997, an army general called on the wives and girlfriends of guerrillas and drug lords to go on a sex strike until their partners observed a proposed ceasefire. Not all that surprisingly, the male general (who didn’t propose to go without himself) was ignored. He might have been onto something, however; in 2011, the women of the Colombian town of Barbacoas embarked on the ‘strike of the crossed legs’, aimed at getting the government to build a road to their town. Sure enough, a few months later officials pledged to invest in the project and the town celebrated. “That night we devoted to our husbands. The desire was great and we took advantage of it,” said the leader of the project.

All this goes to prove, once again, that the line between fiction and reality is easily blurred—and that men are absurdly simple creatures. Lysistrata would be proud. DM