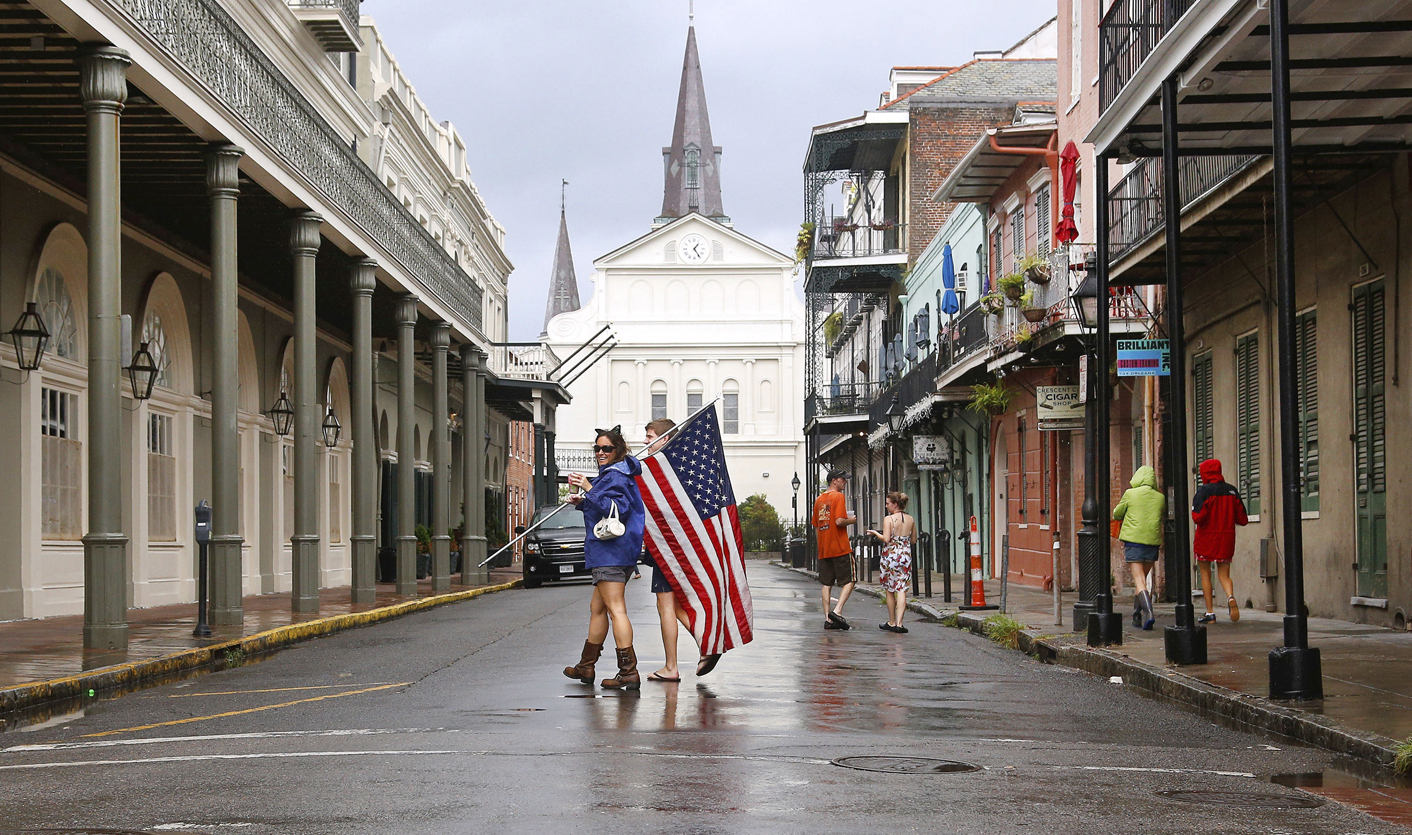 For New Orleans, Tuesday morning brought an all-too-familiar dilemma: to flee or not to flee. With Hurricane Isaac bearing down on the low-lying city, residents scrambled to either leave or gather supplies to weather the storm. By Scott Malone.

With no mandatory evacuation orders in place for New Orleans’ 360,000 residents, streets were largely quiet. Traffic along Interstate 10 ran smoothly, despite predictions that both sides of the busy thoroughfare would be needed to accommodate motorists scrambling to leave the city.

Thousands of people, including many from low-lying parishes outside the city’s $15 billion flood protection system, decided not to take their chances with Isaac, a massive, slow-moving Category 1 hurricane expected to strike the Louisiana coast early on Wednesday.

“I’m gassing up and getting out,” said Michael Lynch, a 52-year-old oil field worker, as he filled his truck’s gas tank on Tuesday. “I would have gotten out yesterday, but they said it wasn’t going to be much.”

Lynch said he was headed inland to Lafayette, located about 130 miles (209 km) west of New Orleans, where he had family, and from where it would be easier to get to work after the storm passed.

“I figure they’ll need me after this,” Lynch said.

The city’s main airport was closed on Tuesday, and Amtrak trains and Greyhound buses were no longer running, limiting evacuation options for residents without cars and for tourists visiting the southern city, which is known for jazz music, Creole cuisine and colorful architecture.

“We were supposed to fly out Wednesday, but that’s not going to happen,” said Kevin McCarthy, 54, who was visiting from Long Beach, New York. “For now, we’re hoping to see some music and have a good time, then wait the storm out.”

The city has yet to issue evacuation orders, which are triggered by Category 3 hurricanes.

Isaac was due to arrive a day ahead of the seventh anniversary of the landfall of Hurricane Katrina, which breached protective levies and flooded 80 percent of the city. Some 1,800 died and thousands of others were trapped, many of them in the city’s Superdome stadium, for days without food and water.

The trauma of that disaster has lingered.

In 2008, with Hurricane Gustav bearing down on the city, then-mayor Ray Nagin ordered all residents out of the city, telling them to “get your butts moving and out of New Orleans.” Hundreds of thousands heeded his call.

City officials currently are telling residents to gather three days’ worth of water, food and other essential supplies and to anticipate power outages. But some were taking no chances, having left on Monday when highways out of the city were clogged with traffic.

“I’m topping off my tank and heading out of here,” said Harold Lewis, 66, who was headed to Lafayette with his wife on Tuesday morning.

Others had strong reasons for staying.

“My mom’s on her deathbed, she’s on oxygen. I can’t leave her,” said Deroy Johnson, 29, who works at a local restaurant. “She survived all the storms, but it looks like she is not going to make this one.”

Johnson said his mother, Carmella, had never evacuated New Orleans on account of a hurricane.

“She would have stayed and tried to fight it out,” he said. “That’s what she always did.” DM

Photo: Shelly Ackel of New Orleans carries an American flag through the French Quarter as Hurricane Isaac approaches New Orleans, Louisiana August 28, 2012. For New Orleans, Tuesday morning brought an all-too-familiar dilemma: to flee or not to flee. With Hurricane Isaac bearing down on the low-lying city, residents scrambled to either leave or gather supplies to weather the storm. REUTERS/Jonathan Bachman