DA and Cope: No marriage yet, but plenty of love 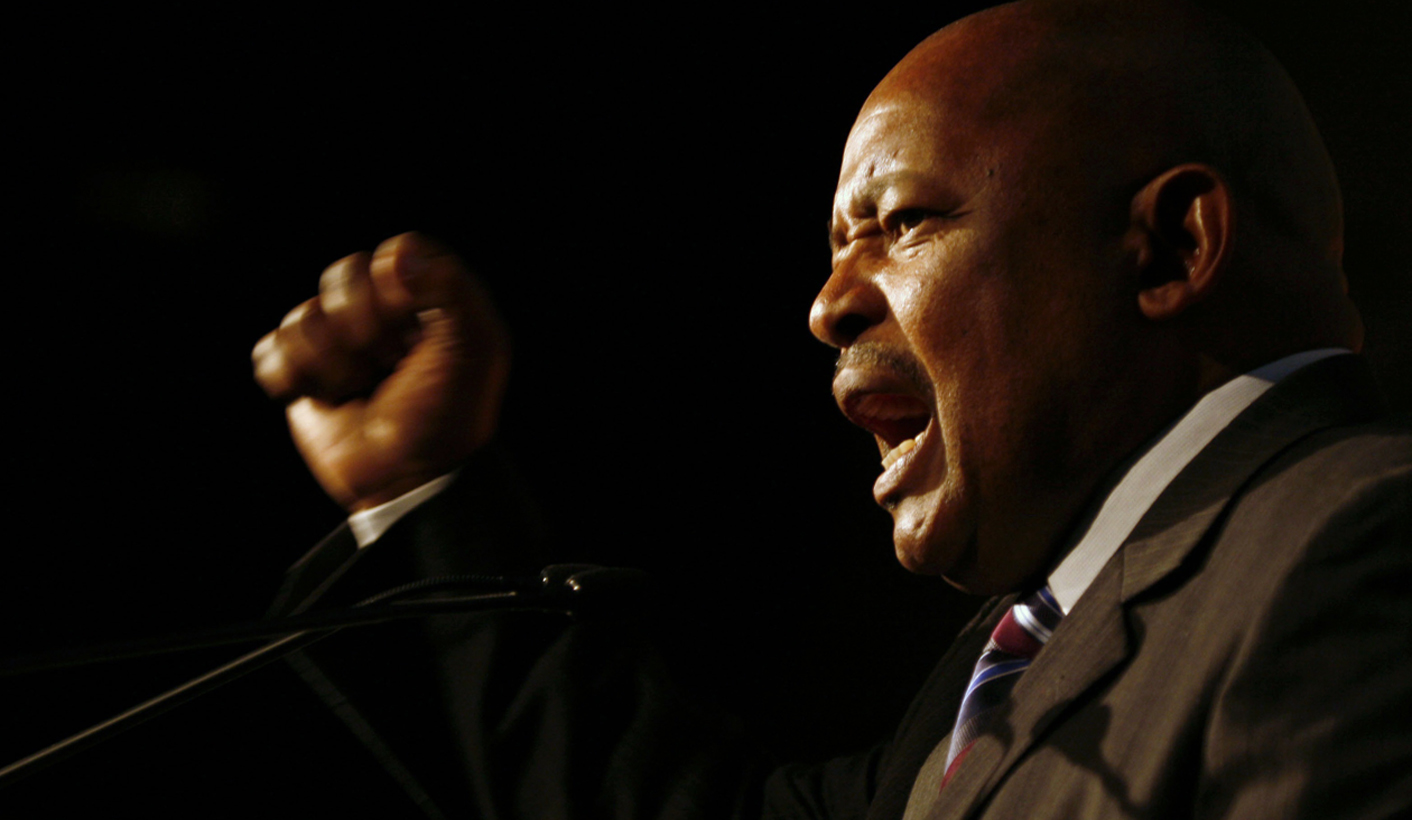 Romance was in the air between the DA and Cope at “On The Couch” on Tuesday night, a DA-organised event which saw Helen Zille and Mosiuoa Lekota share a sofa for a decidedly cosy “interactive chat” with Lindiwe Mazibuko. All participants were at pains to stress the close ties and shared values between the two parties – surely a hint that the long-anticipated merger may still be in the offing. By REBECCA DAVIS.

DA parliamentary leader Lindiwe Mazibuko knew what many were thinking, and headed off the speculation immediately. No announcement of a marriage would be made, she said. But the tone of the “On The Couch” event would have done nothing to curb speculation that a DA-Cope merger is on the cards – quite the opposite, in fact.

The mainly young, very enthusiastic crowd who packed into the District Six Homecoming Centre were treated initially to scenes which could have been lifted straight from the SABC dating show All You Need is Love, with Mazibuko playing the role of genial matchmaker. Her first question to Zille: “When did you first meet Mosiuoa Lekota?” It was a canny query, because it afforded Zille, through her answer – at the launch of the UDF in 1983 – the opportunity to stress both her own long political history and the length and depth of her ties with Lekota.

After a few more underarm lobs, during which we learnt that Zille supports the underdog soccer team Chippa United and Lekota inherited an Arsenal allegiance from his father, things got a bit more serious. The theme of the evening was ‘South Africa at the Crossroads’, but the discussion of the burning issues du jour also seemed designed to deftly illustrate the many points of concordance between DA and Cope policy. Both said that the biggest challenges of the moment were education and unemployment. Zille framed the opposition early on as the loyal defenders of the Constitution, in tacit distinction from the ANC; Lekota took this idea and ran with it.

Brandishing a copy of the Constitution, he said: “The day this Constitution is thrown away, that would be the most dangerous thing. This is what Mandela spent 27 years in jail for. This is what I spent 13 and a half years in jail for.” Lekota cited the Marikana shootings as evidence of an institutional disregard for the principles of the Constitution. “Lonmin is a warning,” he said. “An executive that doesn’t follow this Constitution is a danger to all of us. Whether black or white is irrelevant. They’ll kill us. All of us.” Though perhaps on the hyperbolic side, Lekota remains a deeply compelling public speaker, and his fiery rhetoric was met with roars of approval.

He put the blame for Marikana squarely at the feet of the ANC executive, tracing its roots back to Zuma’s decision to militarise the police in 2010 after deputy police minister Fikile Mbalula’s call for the police to be turned into a paramilitary force. Bheki Cele’s command to police to “shoot to kill”, and Susan Shabangu’s entreaty to police to “kill the bastards” were, he said, shockingly at odds with a Constitution that had outlawed the death penalty. “When there was not a single word to repudiate this from the mouth of the head of the executive – that is the most dangerous thing,” he said.

Zille took a different angle on Marikana, saying it was evidence of the “morbid ways, traumatic events” in which we are seeing the ruling tri-partite alliance disintegrate. She repeated her line that the current protests in Cape Town are another manifestation of the ruling party’s “internal struggle for control”. It is time, she said, for constitutionalists to stand together against populists. Zille applauded Cope for their “courageous” move in breaking away from the ANC, and reminded the audience that the DA have “never attacked Cope because we felt it was a critically important development”.

Lekota agreed that “we need unity of all South Africans who do not agree with this attempt to erode the Constitution”. A divided opposition is impotent, he said: “We cannot have these bits and pieces scattered, it’s useless.” He painted infighting as a waste of time: “What’s the point of defeating the DA? Even if we defeat them, they don’t have power,” he said, prompting the rebuke of “Yes we do!” from Zille. Undaunted, he continued: “If you fight the IFP – and I have no time to do that – they have no power. If you fight Cope, we have no power. We need power to change the situation.”

Throughout the event, he stressed a DA-friendly non-racial ideology which seemed to meet with immense favour from the crowd. “It matters not if Helen is white or light. If Helen is building schools, and your child can go to school in the Western Cape, your child has a future,” he said. “I will work with any man or woman, black or white, who is determined to build a better future for our people.”

Both Zille and Lekota painted the 2014 election as crucial. Lekota pointed out that seven million registered voters did not turn out for the last election, which he attributed to disenchantment with the ANC. He appealed to the audience to find these citizens and encourage them to vote for opposition parties. “We must go to the people in the countryside and say: if [the ANC] give you food parcels, take them and eat them – it’s your money after all – but don’t vote for them!” he said.

Zille repeated a line she trots out often on Twitter: “In the end, the voters get the government they voted for, and the government that they deserve. Our job is to tell people what the consequences are.”

Another issue on which the two concurred was that of electoral reform, with both pushing for a structure which is a mixture of a constituency system and proportional representation. Both felt that a constituency system was essential in order to hold representatives accountable to their communities, and both acknowledged the reality that this was a change only likely to be made if opposition parties came to power.

Taking the stage after a fairly tame Q&A session, DA Shadow Finance Minister Tim Harris concluded the event by stressing – as if it wasn’t already clear – just how close the DA and Cope were. “You don’t often see the camaraderie between Cope and the DA in parliament, but we work together far more often than you would be aware of,” he said. “Helen Zille and Terror Lekota are saying the same things, singing off the same hymn-sheet. I think in a small way we started making history here tonight.”

Exactly what that ‘history’ will look like was left unspecified. Rumours cropped up around October last year that a merger between the DA and Cope was being considered, with reports painting Lekota as pushing for it and Cope MPs as being opposed. The planned merger was subsequently vehemently denied by Cope.

“I genuinely cannot predict what will happen,” Mazibuko told the Daily Maverick after the event. “In Parliament we have a common enemy, but when we go into our separate corners it’s difficult to predict. What happened tonight is not the culmination or the beginning of anything.”

But don’t rule anything out just yet. “I think it would be fair to call it a courtship,” she conceded. DM