The mad rush of Gambia’s executioner-in-chief 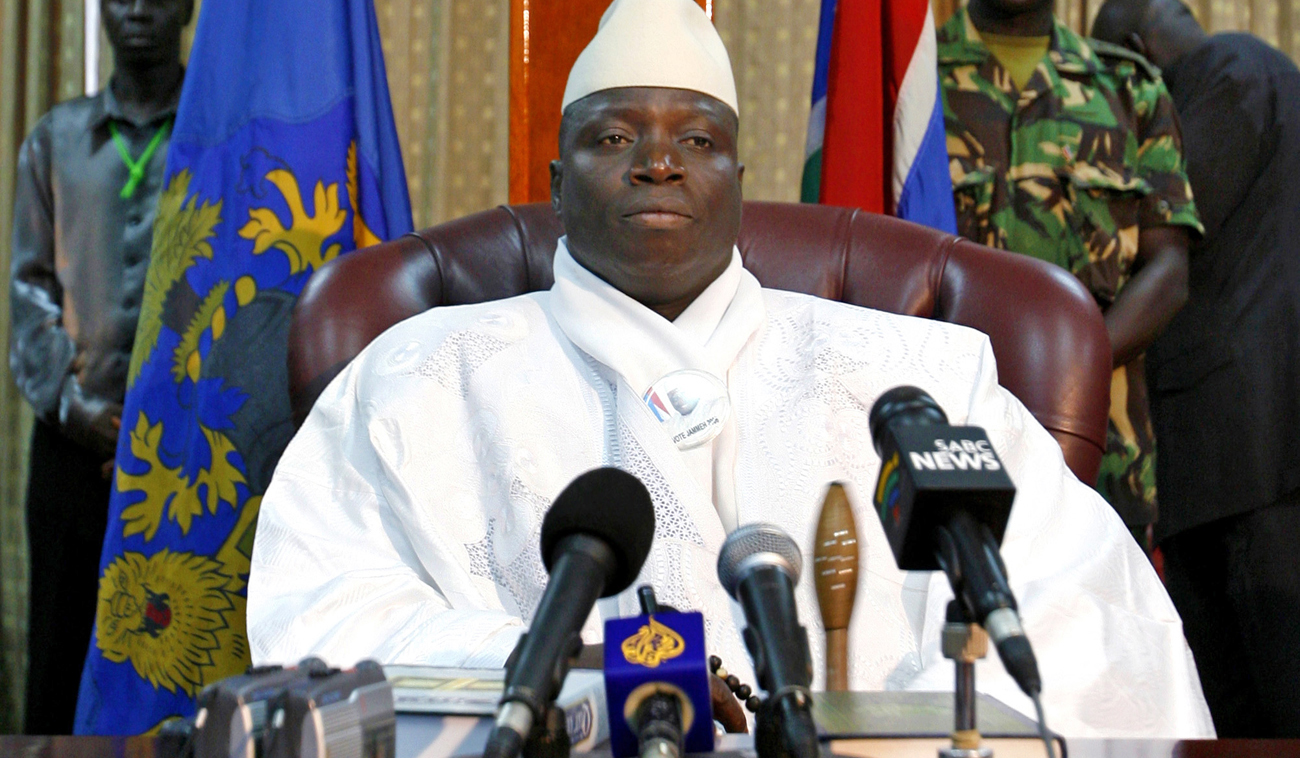 In the little West African state of Gambia, prisoners on death row have run out of time. Gambia’s president wants them all killed, and quickly, to show other would-be criminals that he is serious about crime despite carrying out no official executions for 25 years. The opposition and the international community suspect the president’s motives might not be so noble. Yahya Jammeh, however, won’t heed anyone else’s counsel. By SIMON ALLISON.

Eid al-Fitr, the festival that marks the end of month of Ramadan, is one of the most important days in the Islamic calendar. In spirit, it is a celebration of forgiveness and reconciliation. Families break bread, communities come together and presidents of Islamic countries deliver long-winded addresses on state television calling for national unity and peace and all that good stuff.

Not Gambia’s President Yahya Jammeh this year. “Many people were glued to their radios and televisions expecting to hear announcement (sic) of general amnesty in order to reduce anxiety and cultivate the spirit of reconciliation,” wrote an editorial in the local Foroyaa newspaper. Resplendent in full military fatigues, the autocratic leader of this tiny West African country (little more on the map than a splinter in Senegal’s side) took a more punishing approach.

“By the middle of next month, all the death sentences would have been carried out to the letter,” the president said last Sunday. “All those guilty of serious crimes and (who) are condemned will face the full force of the law. All punishments prescribed by law will be maintained in the country to ensure that criminals get what they deserve.”

The death penalty has not been officially carried out in Gambia since 1985, though reports of secret killings abound. Amnesty International had gone so far as to classify the country as “abolitionist in practice”, meaning that while the death penalty remained on the statute books it had stopped being used. There are 47 people on death row, and if Jammeh gets his way (he usually does), they’ll all be executed by the end of September. Of these, an estimated 11 people are political prisoners, while others are thought to be mentally handicapped. Given the state of Gambia’s judicial system, none of the death row inmates will have had access to a fair trial or appeal.

In his speech, Jammeh, who has ruled Gambia since seizing power in a military coup in 1994, explained his sudden decision as a reaction against an increase in violent crime. “It is going too far and I am going to put a stop to it and I don’t want any religious leader to come and beg for clemency.… Where are we heading to? It is unacceptable. I will carry the rule of law to the letter. Brutal killings will not be tolerated here, enough is enough, the killing is on the increase here…I will set an example on all those who have been condemned.”

The international community was quick to respond. Britain and France issued strongly-worded condemnations, while Amnesty International described the decision as a “giant leap backwards”.

For once, the African community was just as quick to respond, and just as outraged. Nigeria’s President Goodluck Jonathan said Jammeh’s policy could spiral into a Rwanda-like genocide. The African Union, meanwhile, was uncharacteristically blunt in explicitly calling for Jammeh not to carry out his decision.

Not that it made much difference. In his comments on the issue, Jammeh didn’t give himself much room for a change of heart, telling religious leaders that if he didn’t go through with his threat he would start eating pork and drinking alcohol (both of which are strictly forbidden in Islam). He’s not known for taking criticism well, having once told the BBC that his critics could “go to hell” because he feared “only Allah”.

Sure enough, by last Friday Amnesty International had already received credible reports that nine people, including one woman, had been removed at night from their cells in the notorious Mile Two prison and executed.

Although the government has denied these reports, it seems unlikely that Jammeh will be tucking into bacon and beer any time soon.

According to his political opposition, Jammeh’s sudden hard line stance on executions is less to do with the crime rate and more to do with maintaining his own power. “It frightens people,” said Halifah Sallah, long-time opposition leader, to The New York Times. “It makes people be careful. People live in a state of uncertainty. Everybody gets worried.”

Judging by the furor his new policy has caused, Jammeh has already achieved that much. DM

Photo: Gambian President Yahya Jammeh sits in his office during a news conference in Banjul, after election results announced him the winner of presidential polls, September 23, 2006. Tens of thousands of people crammed onto Gambia’s tiny island capital Banjul on Saturday as Jammeh threw a massive beach party to celebrate his re-election for a third term. REUTERS/Finbarr O’Reilly