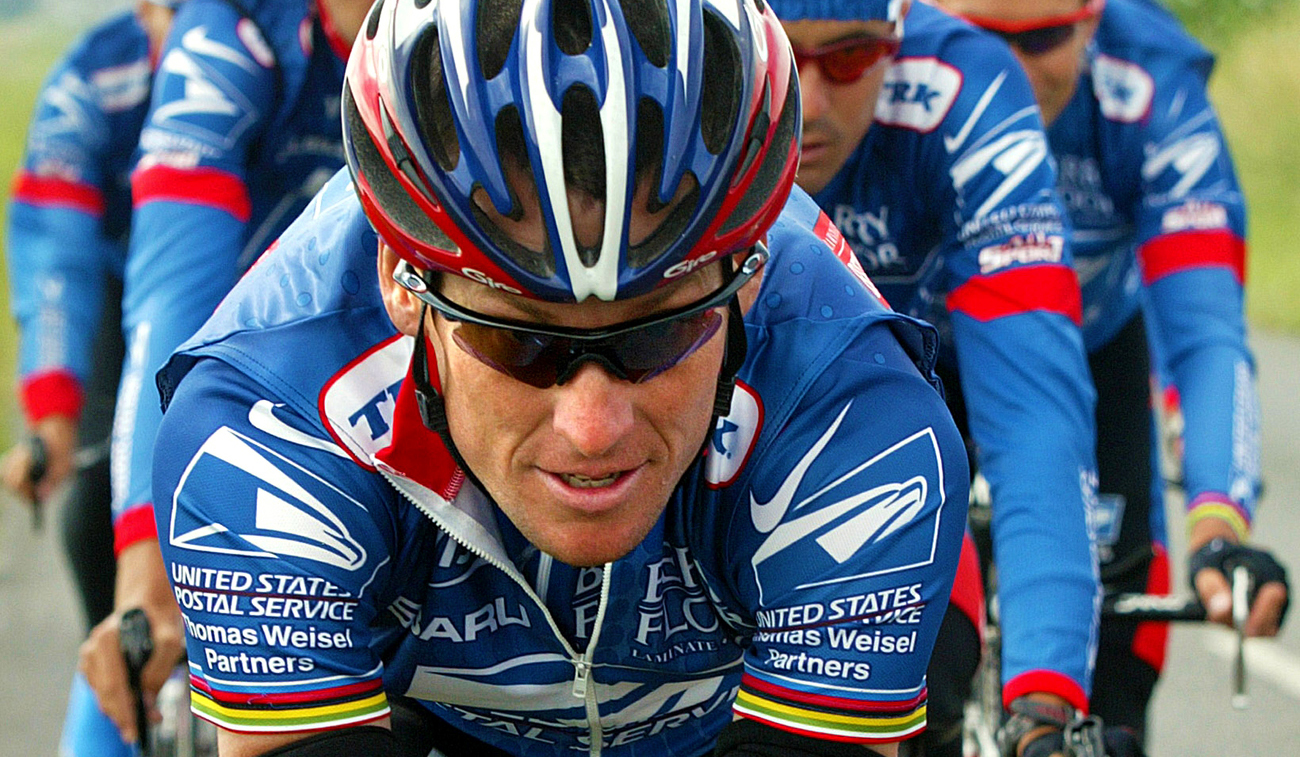 Seven-time Tour de France champion Lance Armstrong said on Thursday he would no longer fight doping charges by the U.S. Anti-Doping Agency, which quickly said it would strip him of his titles and ban him from competitive cycling. By Dan Whitcomb.

Armstrong, a cancer survivor considered one of the all-time greats in his sport, made the announcement in a written statement as he faced a midnight deadline on Thursday to formally challenge the accusations against him.

“There comes a point in every man’s life when he has to say, ‘Enough is enough,'” the American cyclist said in the statement, which was posted on his website, Lancearmstrong.com.

“For me, that time is now. I have been dealing with claims that I cheated and had an unfair advantage in winning my seven Tours since 1999,” he said.

A short time later a spokeswoman for the USADA, Annie Skinner, said the agency would strip Armstrong of his seven titles and ban him from the sport of professional cycling for life.

“It is a sad day for all of us who love sport and our athletic heroes,” Travis Tygart, USADA’s chief executive officer, said in a written statement released to Reuters by the agency.

“This is a heartbreaking example of how the win-at-all-costs culture of sport, if left unchecked, will overtake fair, safe and honest competition, but for clean athletes, it is a reassuring reminder that there is hope for future generations to compete on a level playing field without the use of performance-enhancing drugs,” he said.

‘I WILL TURN THE PAGE’

If the USADA strips Armstrong of his titles he would become one of the highest-profile athletes to face such a sanction, at least since Canadian sprinter Ben Johnson was disqualified from the 1988 Seoul Olympics after winning the gold medal in the 100m race.

Texas-born Armstrong, who retired from professional cycling last year but remains the face of his anti-cancer charity, Livestrong, has long denied that he used performance enhancing drugs to help fuel his brilliant career.

He maintained that emphatic denial in the statement issued on Thursday, stressing that there was no physical evidence to support what he called Tygart’s “outlandish and heinous claims.”

Armstrong, who never failed a doping test, said he would “jump at the chance” to put the allegations to rest once and for all, but refused to participate in the USADA process, which he called “one-sided and unfair.”

He disputed the agency’s authority to take away his titles.

“Today I will turn the page,” he said. “I will no longer address this issue regardless of the circumstances.”

A spokesman for the World Anti-Doping Agency, based in Montreal, could not immediately be reached for comment on Thursday night.

Armstrong, 40, has been one of the most successful and controversial cyclists of all time, returning to the sport after beating cancer to win the Tour de France an unprecedented seven times in succession from 1999 to 2005.

Livestrong, known for its popular yellow bracelets, takes its inspiration from his achievements and recovery from testicular cancer.

The USADA, a quasi-governmental agency created by the U.S. Congress in 2000, formally charged Armstrong in June with doping and taking part in a conspiracy with members of his championship teams. Five other cyclists have been accused of conspiring with Armstrong over the course of 14 years to hide doping activity.

The agency said in a letter to Armstrong that it has blood samples from 2009 and 2010 that are “fully consistent” with doping.

In the letter, which was published in the Washington Post, the agency said it also has at least 10 former teammates and colleagues of Armstrong who will testify he used doping drugs during races from 1999 to 2005.

Former teammate and deposed Tour de France winner Floyd Landis accused Armstrong in 2010 of not only using performance-enhancing drugs but teaching others how to avoid being caught.

Landis said he witnessed some of his teammates, including Armstrong, use illegal drugs to boost performance and endurance.

Earlier this month a federal judge dismissed Armstrong’s effort to block the probe, despite a contention by his attorneys that USADA gathered evidence by threatening to ruin the careers of fellow cyclists who have agreed to testify against him.

Armstrong’s lawyers also argued that the agency’s rules violate his right to a fair trial and that it lacks proper jurisdiction to charge him.

In February, the Justice Department dropped an investigation centered on whether Armstrong and his teammates cheated the sponsor of their bike racing team, the U.S. Postal Service, with a secret doping program.

Armstrong’s attorneys say he has “passed every drug test ever administered to him in his career — a total of 500 to 600 tests … more drug tests than any athlete in history.”

They say the International Cycling Union has proper jurisdiction in the case. DM