Reporter’s Notebook: NUM drowned out at UJ meeting on Marikana 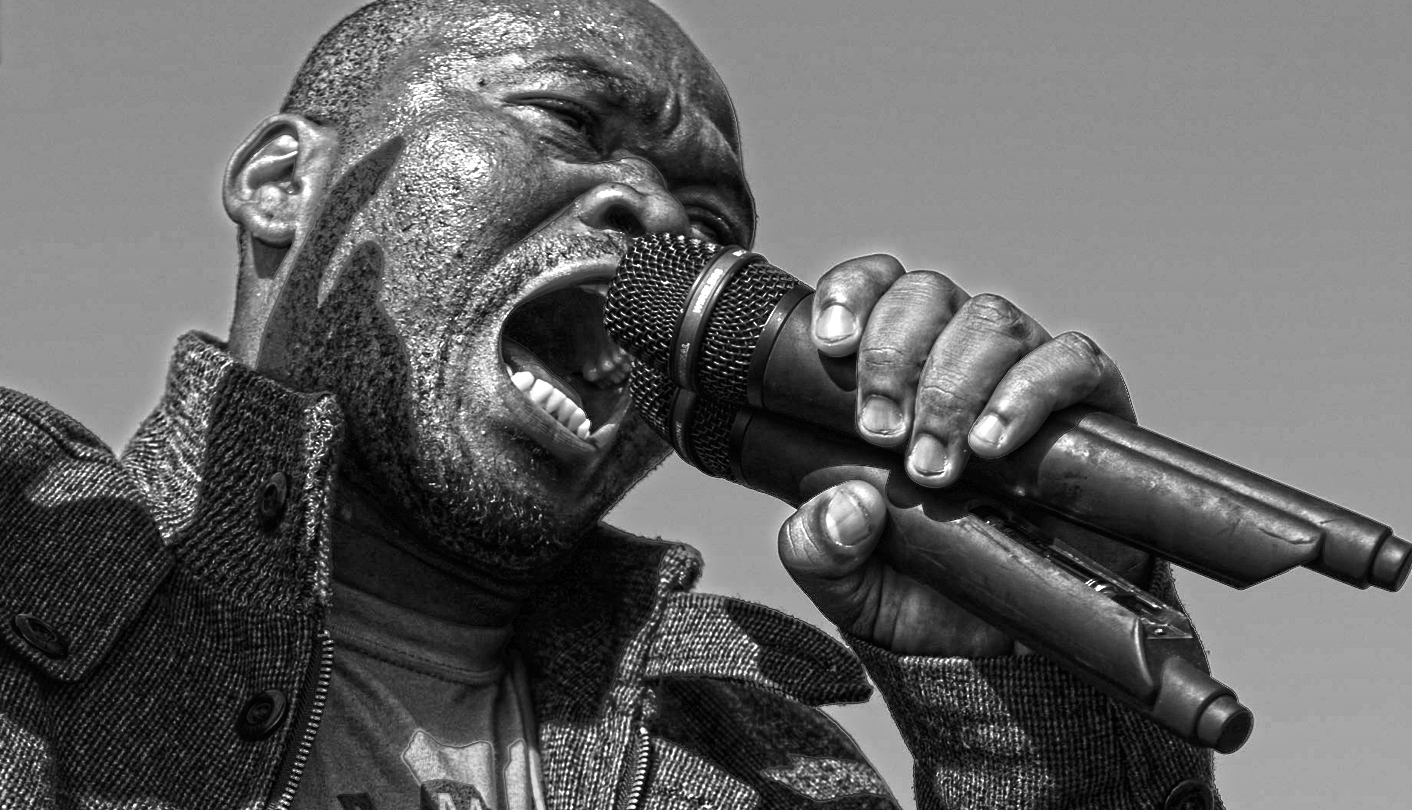 On Wednesday the University of Johannesburg hosted ‘Never Again’, a public meeting on the Marikana mining massacre last week. One by one, speakers made clear their disillusionment with the ANC-led government to do anything more than enrich themselves at the expense of the poor. And when Cosatu-affiliated National Union of Mineworkers attempted to give their side of the story, they were drowned out by a very, very angry audience. By KHADIJA PATEL.

A scheduled 17h30 start translated into an actual starting time some 60 minutes later. Few of the more than two hundred people gathered at the University of Johannesburg’s Bunting Road Campus complained, however. The audience was buoyant, jovial and calmly expectant as organisers announced that the Lonmin miners from Marikana and a group of women from the neighbouring Wonderkop settlement were to have dinner before they made their way into the hall. In the meantime, UJ security had reportedly refused entry into the Bunting Road campus to a group of people who had arrived singing struggle songs. Peter Alexander, the host of the event and Director of the Centre for Sociological Research at the university, was forced to intervene.

When the women and miners were eventually ushered into the conference hall, they were greeted by cheers and a rousing song. It was almost like the well co-ordinated welcomes that are unfurled for the country’s sports people every time they return home from doing something heroic abroad. But it was also so much more than that. Theirs was a fight for something more than a number one ranking, or a chunky medal. It’s a fight for a better life that is echoed in the struggles of millions more South Africans. And for the audience at UJ on Wednesday night, the miners at Lonmin’s Marikana mine were not modern-day substitutes for ancient warfare, they were the living embodiment of a rising discontent with the ANC-led government, its alliance partners and their protection of the status quo.

So, even as they took their seats, Alexander requested that the montage of international television reports of last Thursday’s events be removed from the projector, pointing out that the scenes of violence were insensitive to the people of Marikana who had lost friends, relatives and colleagues in the mayhem last week. It was a timely reminder that the humanity of the Marikana miners had been buried beneath the political opportunism and the endless fight about who was the most culpable for causing the massacre.

And yet they were received at UJ on Wednesday as vicegerents of a greater calling. Each speaker tapped further into the bristling discontent of the audience, asking probing questions of the real motives of the police and casting aspersions on government’s willingness to do anything to alleviate the plight of the workers of the country.

For example, Primrose, a woman from the Wonderkop settlement, described the living conditions of miners. These were not addresses that were written hours ahead and rehearsed for an agreeable crowd. These were speeches that clearly came from a place of great feeling. Sure, many of the speakers may have spent the better part of the last month geeing each other up with similar words, but the fact that they were able to come to a university in the economic heart of the country and speak of their demands and their willingness to keep fighting for what they wanted – this struck a chord with South Africans far beyond Lonmin’s shaft in Marikana.

It was unclear how many of the striking miners who had travelled to Johannesburg were actually rock drill operators. But picking at this point may well have been moot. For the audience, the credibility of the miners lay simply in what they said they were doing – taking the fight to the money-making machine that is Lonmin and its protectors in government. Wearing faded, green AMCU T-shirts, the striking miners listened attentively as AMCU officials and their colleagues spoke, nodding in agreement at times, other times responding to chants with great vigour.

But it was not until a representative from NUM spoke that the miners really made their presence felt. Even after his courageous call of “Amandla”, yielded only a feeble response, the NUM representative continued to speak, reiterating the union’s condolences to the victims of last week’s shootings and then going on to detail NUM’s contributions to the struggle. But as he spoke, there was a sudden flurry of activity at the front of the room. The miners were leaving the room in protest. And as the audience noticed what was happening, a cacophony of jeering drowned out the NUM speaker. The atmosphere in the room had changed dramatically. There was a more aggressive tone in the chants of the audience. Beside me, a woman stood up furiously, complaining to her companion that Pete (Alexander) had promised her in an email that NUM would not get a platform. But even as she hurled choice expletives at NUM, Cosatu and just about everybody else even remotely connected to the ANC, AMCU’s general secretary tried, and failed to quiet the crowd.

Eventually, Alexander escorted the NUM representative out of the room.

But what exactly came of the meeting?

Besides an opportunity to further explore what happened last week, the one outcome of the meeting was a unanimous call for an independent inquiry into the massacre. The official, government probe into the matter just will not do – more than that, it cannot be trusted to reveal the truth. But as the “truth” lurks overhead somewhere, waiting for someone to catch it, there is something far greater than a mere wage dispute taking place in Marikana. And as one speaker from the Bafokeng tribal authority proudly announced that miners from the Royal Bafokeng mine near Marikana had also laid down their tools, he noted that already two military helicopters were circling the area overhead, just in case. Will it really never happen again? The government doesn’t seem to be taking any chances.  DM

Photo: An AMCU official speaks as striking Lonmin miners gathered to have a meeting to discuss the deaths of some 34 of their colleagues two days previosly. Wonderkop, Marikana, North West Province. August 18, 2012.  Photo by Greg Marinovich.