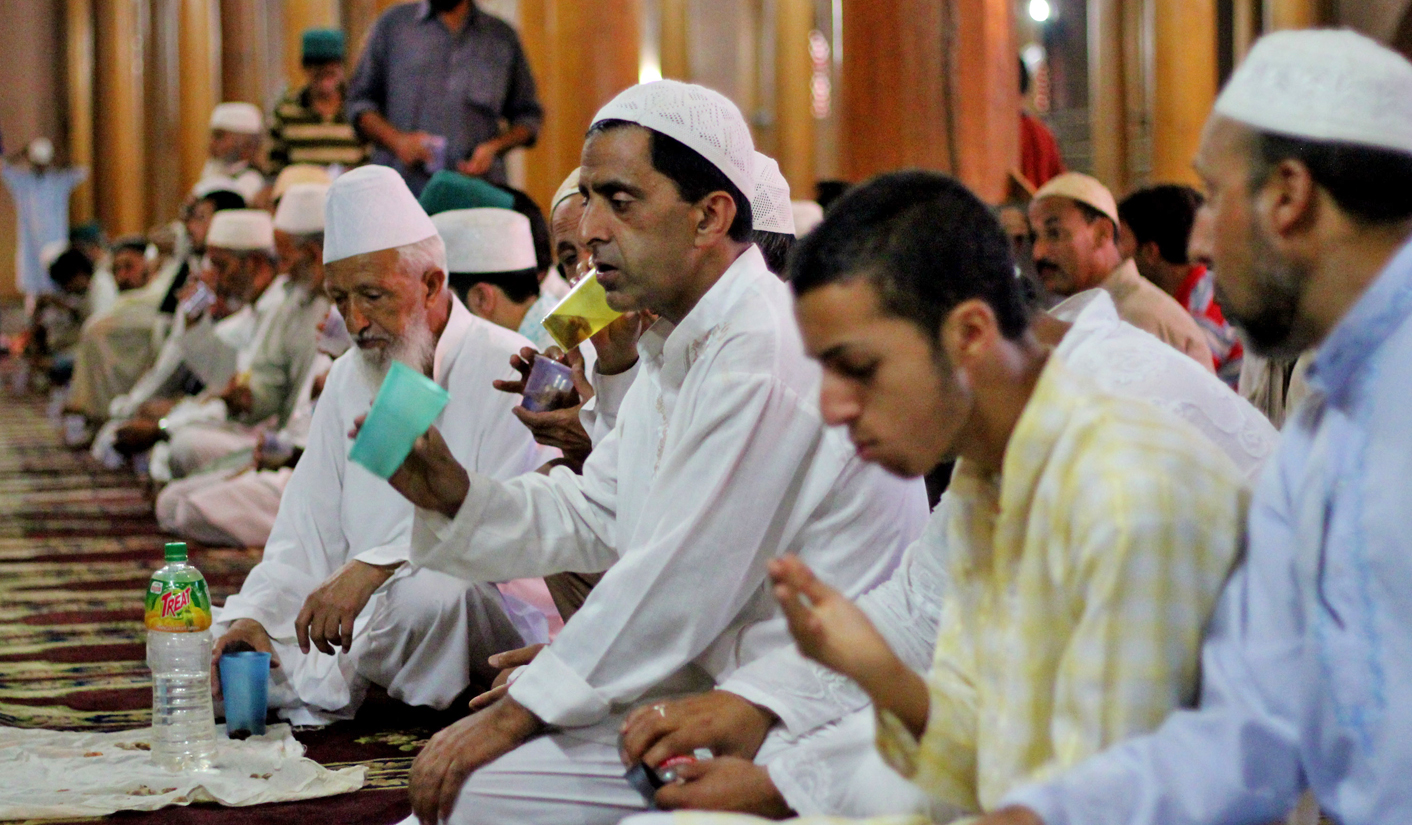 The Indian sub-continent celebrated the festival of Eid ul Fitr, which marks the end of the month of Ramadan, on Monday. And in the picturesque Kashmiri valley, the festival is celebrated in the shadow of a long-forgotten conflict. Photos by SHOWKAT SHAFI.

After an intense month of long prayers and dawn-to-dusk-fasts, people of the Kashmir valley bid adieu to the month of Ramadan by chanting “Alwida aey mahi ramzan alwida”  (Farewell to the Month of Ramadan, Farewell) in mosques. The month is the most revered month of the Muslim calendar, in which the holy book of Quran was revealed.

Like other parts of the world, the passing of Ramadan and the arrival of Eid ul Fitr is significant in Indian-administered Kashmir. Markets are festooned with lights and Eid-themed decorations. There is a bustle in the streets as people throng to the shops and children light fireworks.

For Muslims around the world, it is always a dilemma deciding whether Eid is going to be marked after the 29th or 30th day of the month of Ramadan. And in Kashmir too, people spend the last nights of Ramadan glued to their radio and television sets, eagerly awaiting an announcement of the sighting of the new moon. Usually, news of a sighting emerging from the channels based out of Pakistan and across the Line of Control, announcing the citation of the crescent moon, is considered as a credible. But even the sighting of the new moon is not left unmarked by the broader political dynamic of the valley. The announcement of a moon sighting by the Hilal Committee of Pakistan (crescent-sighting committee) is considered most authentic by Kashmiris, even though India and Pakistan almost always celebrate Eid on the same day.

Eid in Kashmir is celebrated with great deference to tradition. In the days leading up to Eid, homes are a hive of activity as families prepare for the festival. Houses are scrubbed clean and traditional Kashmiri cuisine is prepared in anticipation of the celebrations. Young girls decorate their palms with henna and children are perhaps most enthused by the arrival of the festival. Eid morning brings them a chance to wear new clothes and more importantly to them, a prized opportunity to harangue adults for Eidy – gifts of money distributed to children on Eid.

After performing the morning Eid prayers at mosques and dedicated grounds called “eidgahs”, Kashmiris spend the day visiting their relatives, neighbours and friends. The festival is celebrated over two days in the valley. DM A woman reads the Holy Quran at Jamia Masjid (Grand Mosque) in Srinagar. Women offer prayers at Jamia Masjid on Juma-tul-vida (the last Friday of
Ramadan) in Srinagar. Girls prepare for the celebrations by creating henna designs on their hands. A tailor in Srinagar’s old city wraps up the last-minute orders for Eid. Aziz Ahmed (57), in his 100-year-old shop in downtown Srinagar, sells rose water. On eve of Eid people buy huge quantities to use in their homes. Women gather in the Srinagar markets for Eid shopping. Women gather in the Srinagar markets for Eid shopping.

A day before the Eid ul Fitr, children pose for a photograph in Srinagar. Worshippers at Hazratbal during Eid Prayers. Kids pose for a photograph at Hazratbal after Eid Ul Fitr prayers . A woman prays during an Eid congregation held at TRC ground Lal chowk
in the Srinagar city. Kids greet each other during Eid celebrations in LalChowk, Srinagar

Main photo: On the last day of Ramadan, worshippers break their fast in the Jamia Masjid in Srinagar.