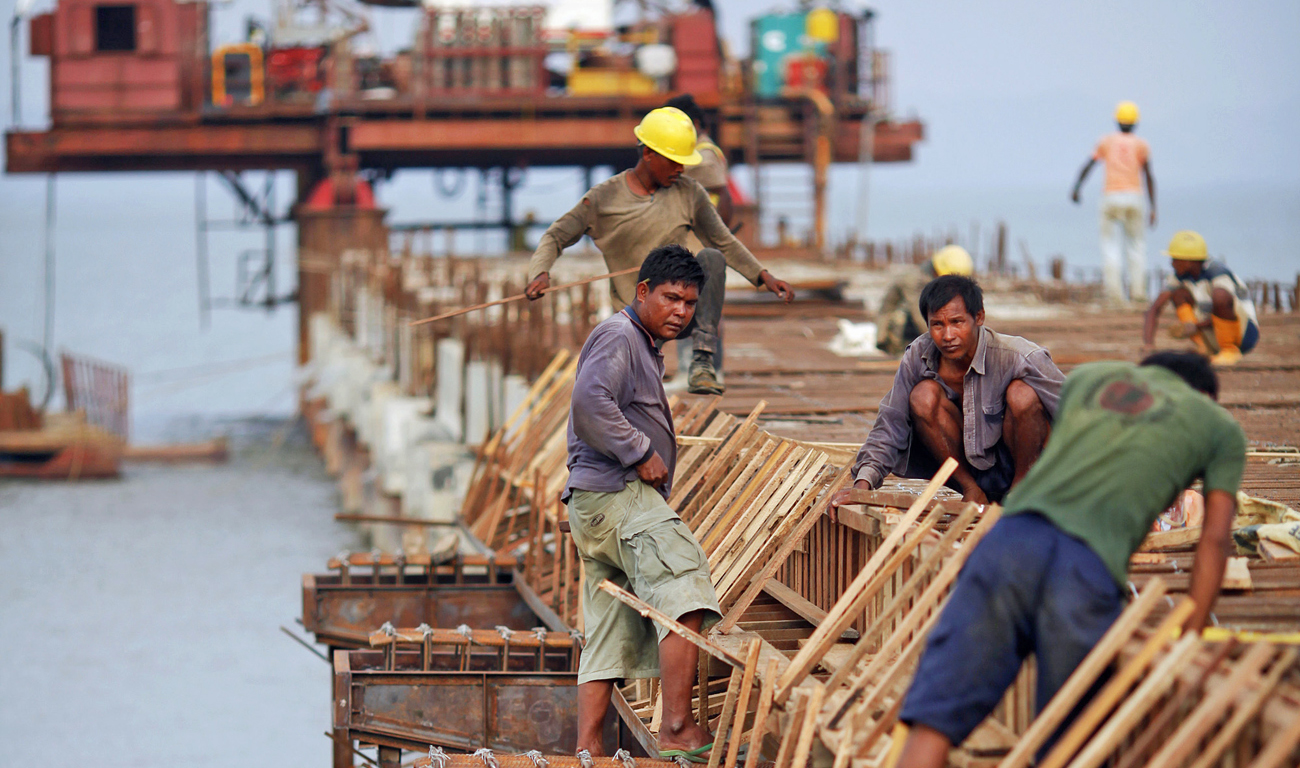 The decision of the US Congress last week to renew sanctions on Myanmar leaves Washington behind the reformist curve on the country and ignores that punitive measures were hardly responsible for former military rulers' recent democratic steps. By allowing Myanmar's exports into the US, Washington could ease dire poverty and stay true to principles of ‘pragmatic engagement’. Instead it is relying on public threats. By DAVID I STEINBERG (Asia Times Online)

It was inevitable. The US Congress was not about to let the sanctions on Myanmar, also known as Burma, die. The only reason the ritual of the annual renewal was held up in congress was because it was attached to some legislation about Africa, on which there were disputes.

The renewal seemed set to lapse, but congress came through and on August 2 again approved sanctions on Myanmar imports into the US. President Barack Obama then signed the legislation, despite his government’s earlier encouragement of the positive political changes underway in Myanmar under President Thein Sein’s year-old administration.

So once again, and in spite of significant and laudable progress on Myanmar policy, including a recent lifting of a ban on US corporations making new investments in the country, the US is still behind the reformist curve on Myanmar. Sensible foreign policy on Myanmar is being held captive to an arcane American internal political process.

The sanctions’ renewal was strongly endorsed by Republican Senator Mitch McConnell, with whom the Obama administration arguably has many more important items to debate than Myanmar. Many Americans will comment that contradictory policies (improving international relations and pursuing opposite internal US policies) is nothing new. It occurs in so many instances, so why consider it important, or even consider it at all?

They would be right on the frequency, but wrong on the impact. The US pays far less attention to the effects of its policies abroad, which are usually not seriously considered, than to internal US considerations. Yet the impacts in the affected areas and on the image of the US as a significant world leader are often undercut. The US is now the only country in the world that has import sanctions against Myanmar.

The argument in support of such a policy position runs along these lines: sanctions forced Myanmar’s former military rulers into reforms and internal political accommodations, including allowing for opposition leader Aung San Suu Kyi to win a seat in the new parliament, that have so far been made. So continuing some form of sanctions is a type of “insurance” policy that those instituted will be continued, and that others will follow.

Yet the reforms continue, including an official announcement on Monday that the government will end pre-publication censorship of the press and shift to a system of ex post facto reviews. This is a significant first, but still insufficient, step toward full liberalization of the media, until recently considered by press freedom and human-rights groups as among the most repressed in the world.

Even so, US sanctions can be re-imposed at any time. (The European Union “suspended” theirs for a year). Congress would be ever so willing to do so with a nod from Suu Kyi and others prominent in the opposition – so the “insurance” argument is specious. But the purpose of sanctions under both the Clinton and both Bush presidencies was not reform of the government in power, but rather regime change, a policy which clearly failed. Did the Myanmar people want the sanctions removed? Yes, in part because they believed the sanctions could not take down the military junta, and they were proven correct.

The continuation of US sanctions in any form is a public threat. Such public threats against nations often cause intense nationalistic responses, as they did for so many years in Myanmar under the previous military junta. But in the Myanmar case such threats are interpreted as a vibrant sign of something more subtle: a form of US arrogance. That is, that the state under such restrictions cannot be trusted to do what it has promised, and that only the US has the knowledge and power to force adherence to the rules of the game as defined by its most powerful player.

The Obama administration made important and positive changes to the US position on Myanmar, advocating “pragmatic engagement” that after over a decade of debilitating sanctions has proven to be effective. These changes were based on reforms instituted under Thein Sein and with the agreement of Suu Kyi, not only the world avatar of democracy but the long effective determinant of US policy toward that country, even while spending years under house arrest under the previous military regime.

The US’s removal of certain restrictions aims to improve the lives of the Myanmar people by helping to alleviate their dire poverty and by allowing, among other things, US investment in labour-intensive industries that would provide badly needed jobs – many of which had been eliminated through past US sanctions that resulted in the closure of factories.

Although that goal is certainly appropriate, by not allowing Myanmar imports into the US (some US$356 million annually in garments before sanctions were imposed on imports) that were produced by tens of thousands of Myanmar workers, is the US not undercutting the very goals for which the engagement policy changes were designed? Since most of those so employed were women, are we not also hindering the US policy of trying to improve women’s lives and livelihoods?

The US has recently made substantial progress on what it calls its “Burma” policy, and these changes have been welcomed by many who have some realistic appreciation of the country’s history, the role of the military in that society, its complex ethnic composition, and its strategic location. That such progress is encumbered by unnecessary impedimenta diminishes both the significant changes recently seen in Myanmar and the most effective US policy shift under the Obama administration in Asia. DM