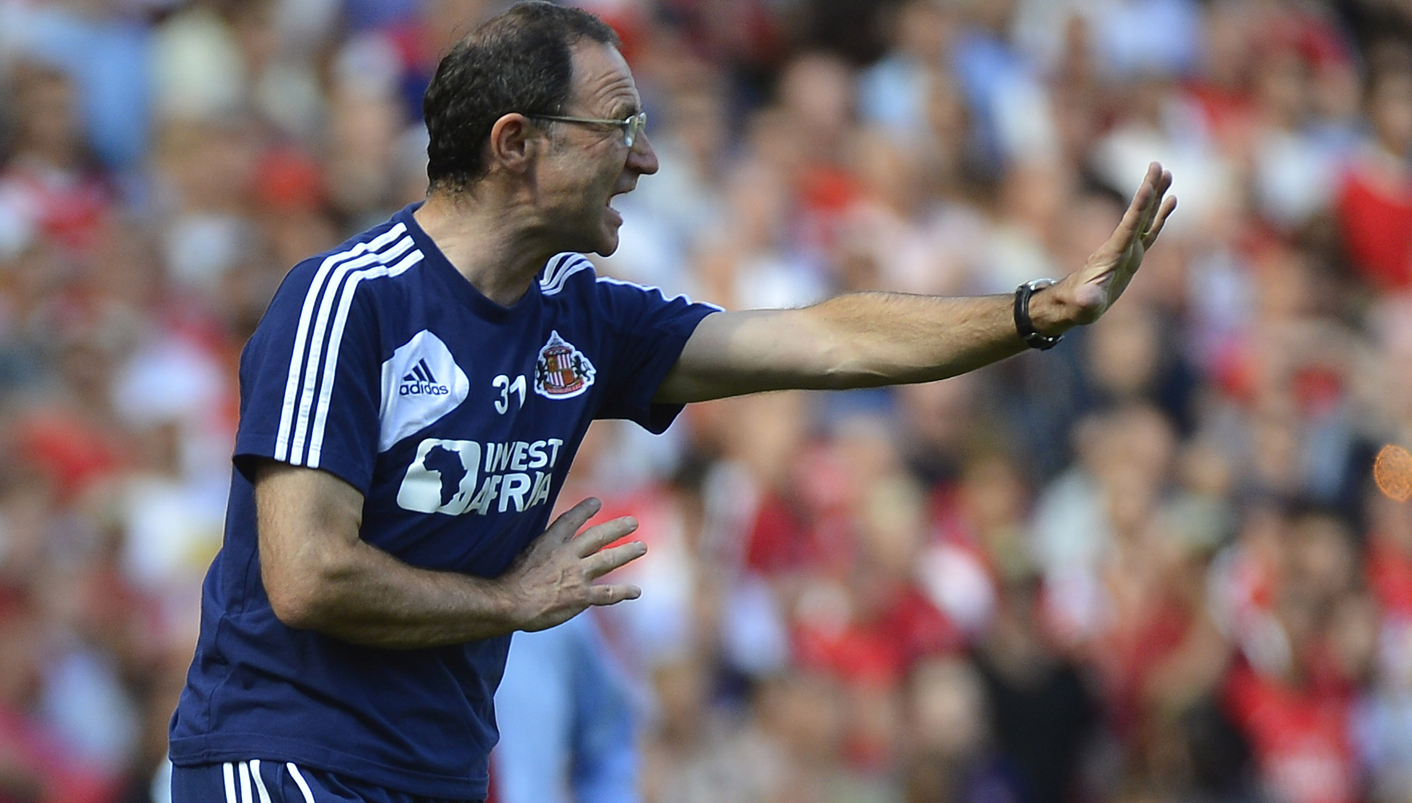 The English Premier League resumed this weekend, and if the dour 0-0 draw between Arsenal and Sunderland was anything to go by, we haven’t been missing all that much. I was mercifully distracted from the match itself, however, by the unusual slogan emblazoned on the front of Sunderland’s Nike-sponsored blue away kits. By SIMON ALLISON.

“Invest in Africa”, it read, a message that the team will be carrying throughout the season on the front of their shirts. The slogan is the result of a partnership between Sunderland FC and an NGO called Invest in Africa – described as a “ground-breaking, not-for-profit initiative” by Sunderland – and is designed to promote trade in Africa and add the feel-good factor to Sunderland’s less than glamorous reputation.

The gesture is not as selfless as it seems. Sunderland FC is a rather unfashionable team from a grim north English industrial town. Despite their relative success, they struggle to attract players, who seem reluctant to exchange the bright lights of Spain or Italy for Sunderland’s wet and grey winters. Who can blame them? When former Manchester United midfielder Roy Keane managed the club a few years ago, he complained about the town’s negative impact on his dealings in the transfer market.

So it was hardly a surprise when, after their old deal expired, the club failed to attract much interest from potential shirt sponsors. Apparently, associating your brand with Sunderland FC just doesn’t send the right message to consumers.

This is not an unusual situation in these straitened financial times. Even Aston Villa, a club with a far superior record and from the marginally less grim industrial city of Birmingham, could not find a sponsor last season. Deciding the embarrassment of an empty shirt outweighed the sartorial advantage of not having to splash a billboard on their players’ chests, Aston Villa decided to advertise a local charity, the Acorn Foundation, hoping to turn the embarrassment into a PR win.

This trend of putting charities on shirts is FC Barcelona’s fault. Again, their motives were far from selfless. Since its foundation, Barcelona has prided itself on operating without a shirt sponsor. It was part of the club’s ethos. It was also very expensive—shirt sponsorships can bring in tens of millions of dollars a year for top clubs. In 2006, the club announced that for the first time they would carry someone else’s logo in big writing on the front of its shirt. Cannily, the logo was that of the United Nations Children’s Fund, Unicef, who were not being charged for the privilege. The diehard Barcelona fan could hardly complain.

Sure enough, after a few years of this —allowing the fans to sensitise themselves to the idea of some sponsorship on the shirt—Barcelona announced they’d signed a deal with a real sponsor.

Strangely, this was also a non-profit organisation, the Qatar Foundation. The foundation certainly paid for the privilege, to the tune of £148 million over six years, their motivation less charitable and more to do with a concerted government-led campaign to burnish Qatar’s image. Barcelona, meanwhile, had successfully negotiated the delicate transition to shirt sponsorship without damaging too much club pride.

The precedents of Barcelona and Aston Villa explain why for Sunderland, in the absence of a shirt sponsor, offering the advertising space to some kind of charity or NGO was the next logical option. There’s a heavy dose of irony in this, because the slogan that eventually appeared encouraged the exact opposite approach.

“Invest in Africa,” it reads. A noble sentiment, to be sure, but a strange one. Why is this message coming from some obscure English football team, who surely would prefer the slogan to read “Invest in Sunderland”? And exactly who is going to take investment advice from some text on a footballer’s chest (other Premier League shirt sponsors encourage punters to “Bet365.com”, hardly a responsible financial decision).

The message reflects a paradigm shift in the development aid industry, particularly in relation to Africa. There was a time, not so long ago, when the solution to the problem of African poverty was to chuck money at it. Maybe people pledged their spare change during fundraisers like LiveAid and Sport Relief, or gave it to some organisation who promised to buy a goat for some Ethiopian village.

Then things got more nuanced. Live8 in 2005, the latest round of concerts organised by Bono and Bob Geldof—the poster boys for all things to do with African poverty—focussed less on raising money and more on debt relief, in recognition of the crippling loans African governments are expected to service before they service their own people. Although raising money was important too (how else are all those development organisations supposed to pay their staff salaries and travel budget?) the new strategy recognised that Africans too have a role to play in Africa’s development. Debt relief was a way to free up governments to do just that.

Whisper this, but governments don’t always have their people’s best interests at heart, and debt relief doesn’t always translate to better government services. Besides, a lot of the debt has been forgiven already. Over the last few years, the strategy has evolved yet again. This time the idea is to encourage businesses to invest in Africa, on the theory that the demands of shareholders and profit margins will ensure the kind of transparency that governments just aren’t capable of, as well providing a much more sustainable and empowering model for African development.

Once again, Geldof is leading the change in direction. He’s set up a $200 million private equity fund to invest in a range of African companies. “Private equity is one way to support the enterprise and dynamism of the people of the continent and help provide the jobs and skills that are needed,” he said.

Increasingly, diplomats are echoing this approach. The UK’s Department for Trade and Investment, for example, encourages British companies to invest in Africa, but its rationale is quite different, although perfectly reasonable from their perspective. Africa’s poverty and lack of development represents one of capitalism’s final frontiers, a chance for companies to make serious money – if they’re willing to take the perceived risk.

Companies are listening. Companies such as Tullow Oil, a British company that runs some of the continent’s most important oil concessions and has been responsible for some big oil discoveries in Africa, most recently in Kenya. It has a massive footprint in Africa, but is listed on the London Stock Exchange.

Not coincidentally, it also started and exclusively funds a little NGO called Invest in Africa. Sound familiar? Why yes, it’s the NGO that has partnered with Sunderland FC to have their slogan across their shirts. According to the Daily Mail, the partnership is more of a straightforward sponsorship, with Tullow Oil (though their NGO proxy) paying £20-million a year for the privilege; so much for Sunderland’s noble “non-for-profit” initiative. Turns out they can attract sponsorship after all, even if it is from shadowy oil giants with a dodgy track record in far away African countries.

Also murky is Tullow’s motivation in all of this. Perhaps it is just a facet of its corporate social responsibility program, a necessary drain on profits observed by almost all multinationals. Or perhaps it is a big to make their own shares more attractive; if you’re a Sunderland fan looking to invest in Africa, then British listed companies like Tullow Oil are obvious places to start.

Either way, it’s nothing to do with Africa. Not that it matters too much, no one pays all that much attention to Sunderland, after all. DM