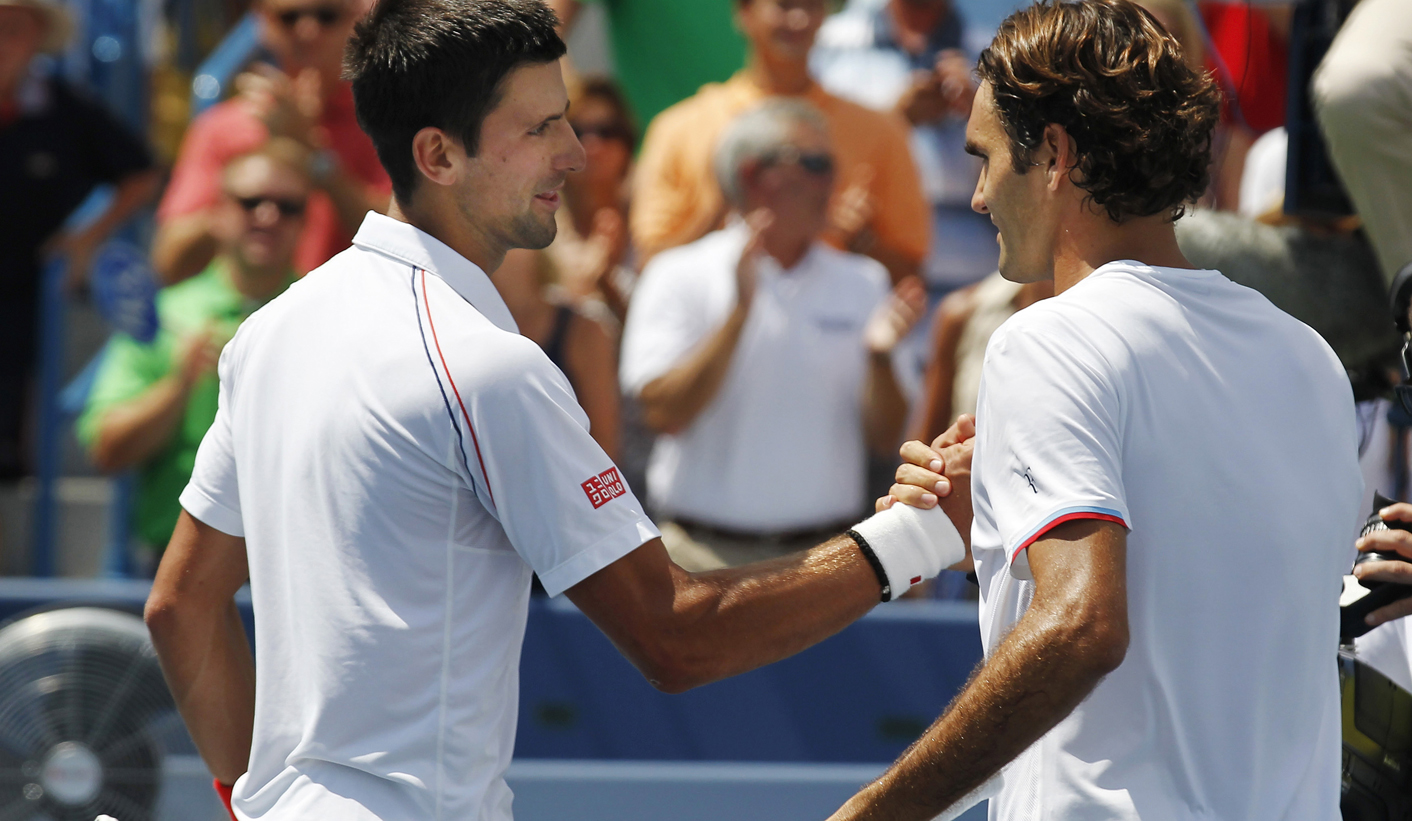 World number one Roger Federer underlined his dominant position in the game by securing his sixth ATP title of the year with an impressive 6-0 7-6 win over Novak Djokovic in the Cincinnati Open final on Sunday. By Simon Evans.

Federer’s 21st Masters 1000 title equals Rafa Nadal’s record in the elite series and his win against the Serbian world number two showed he is in optimum form heading into the U.S. Open later this month.

The 31-year-old Swiss held his serve throughout the tournament and did not even face a break point against the world number two.

Federer barely broke sweat in a first set which took just 20 minutes but it was a tighter affair in the second which the elegant Federer eventually won 9-7 in the tiebreak.

The tone was set by the first game of the match when Djokovic, who won at Toronto last week, double faulted to give Federer two break points which he gratefully accepted.

That was the first of four double-faults from the Serb in the first set and Federer took full advantage of them all to record his first 6-0 set against Djokovic in 28 meetings between the top two ranked players in the world.

“I was hoping for a good start, but (I didn’t expect) that. I’ll take it,” said Federer.

“I tried to stretch the lead. Obviously, Novak had a hard time finding his range on the serve from the baseline but the combination just made it all work out for me today in that first set,” he added.

It was not all down to the Serb’s mistakes however, Federer producing some glorious groundstrokes along with a thundering serve as he kept Djokovic firmly on the back foot.

“He started off really well and I made a lot of double faults and errors,” said Djokovic, who has now lost in all four of his Cincinnati finals.

“I had my chances in the second set and I missed them and he deserved the win,” added the Serb.

There were no service breaks in the second set as Djokovic finally found his touch but Federer’s outstanding backhand defence made for some entertaining rallies.

The Swiss missed out on match point in the tiebreak but made no mistake at the second attempt, a superb forehand winner putting an end to the contest.

“I thought as the match went on it was going to get more difficult and it was important for me to get out of that second set, even though I wouldn’t have been worried about the third,” said Federer.

“But it would have given Novak that much more time to get into the match and maybe try out a few more things and get comfortable.

“He did a good job to come back in the breaker, and he did definitely start to play some of those amazing shots we know he can do towards the end of the second set,” he said.

It is the fifth time Federer has won the Cincinnati event, a tournament record, and the third time in four years.

“It’s obviously incredible because I remember the first few here I struggled. Now looking back it’s just unbelievable,” he said.

“Plus this was probably the best week ever here in Cincinnati for me – never dropping my serve and all that stuff and beating Novak in the final. This was very sweet, no doubt about it”. DM