E-tolls: the lawyers slug it out 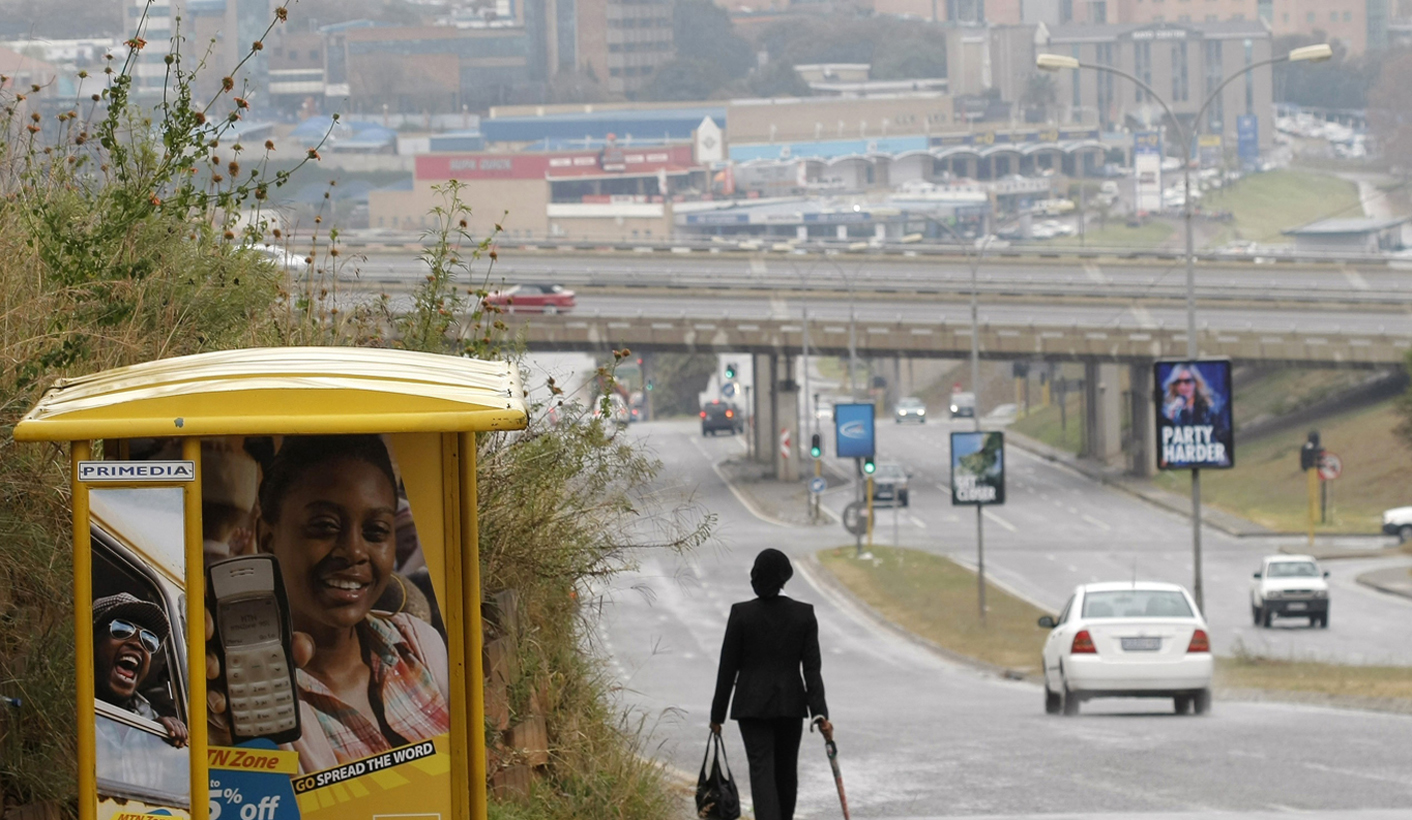 After hearing arguments on Thursday, it’s wait-and-see from the Constitutional Court on whether the spectre of e-tolls will return to Johannesburg’s shiny new highways. ALEX ELISEEV was there.

In his April ruling, judge Bill Prinsloo said he felt “inspired” by the argument presented by the Opposition to Urban Tolling Alliance (Outa) argument and therefore granted an interim interdict against e-tolling.

Yesterday, the eight justices at the Constitutional  Court placed Prinsloo’s judgment on an operating table, sliced it open and studied what lay inside, having been called on to decide whether it was legally sound.

They described the separation of powers as the “elephant in the room”, which may have been ignored during that April hearing at the Pretoria High Court.

They fired off question after question at the alliance’s advocate Alistair Franklin SC, forcing him to spend almost an hour longer at the podium than expected. In the end, some believed the justices wanted to fully understand the matter at hand, while others described it as a grilling. Either way, with the judgment now reserved (and no date given for when the ruling will be handed down) an anxious wait lies ahead for Outa’s Wayne Duvenage and his team.

A win at the highest court in the land would be a massive boost and could set new precedents. A loss would send ripples across the remaining battle, which is due to get underway in late November.

Yesterday began with an application from the Road Freight Association (RFA), which wanted to join the case as a respondent. It hoped to stand next to Outa and defend the interdict against government and the treasury’s challenge. Its argument was that if e-tolling is allowed to commence over the next few month, but is then scrapped by a full review, the system would be impossible to dismantle or, in their words, “once scrambled, the egg could not be unscrambled”. Those opposed to it claimed the application was too late and amounted to a rocket being fired from left field.

The court was unmoved by the RFA’s argument, feeling it had nothing new to add and could have pursued its case in a different forum. It took just a few minutes to dismiss the application.

Over the next few hours advocates for the treasury and for Sanral attacked Judge Prinsloo’s argument, hoping to persuade the court that he had gone too far in granting an unprecedented interdict.

With Jeremy Gauntlett SC and David Unterhalter SC, it was never going to be a dull affair.

The challenge against a multi-billion rand government project was compared to the building of a hospital. Gauntlett argued that everyone stood by and watched it being built over the years but then, just as it was due to open, decided they wanted to tear it down because a single turnstile may be faulty. The turnstile in this metaphor is the funding mechanism, the “user-pays” principle adopted by government.

Gauntlett discussed the economic consequences of Prinsloo’s judgment, reminding the court that as he spoke, a special appropriation bill was being published to bail out Sanral to the tune of R2-billion.

This money, he argued, had to come from somewhere, forcing government to “steal from Peter to give to Paul”.

“We didn’t plan for this,” he said. “We didn’t budget for this. The order was granted on the basis that some shadowy Big Brother would pick up the particular tab.”

He accused Judge Prinsloo of merely ticking the boxes to justify the urgent interdict, but failing to grasp the magnitude of what he was doing and what impact it would have on the country and its reputation.

Gauntlett drew attention to the Moody’s downgrade and the turmoil many economies find themselves in. He added there was no mystery in the fact that Sanral was battling, as its “financial artery” had been ripped out.

The advocate tore into the argument by Outa that this was just another regular interdict and that it should be treated as such, without the involvement of the constitutional court.

“We can’t think of a more unusual interdict ever,” he argued, saying that Judge Prinsloo should have refused the interdict but made every effort to speed up the final review.

At the heart of the argument was that a court had no right to intervene in such a massive infrastructure project because such “monumental matters” are best left to government to deal with. This is separation of powers at play, that fine distinction of what courts can or cannot get involved in.

Meanwhile, Unterhalter was described as a wizard of the financial aspect of the project and spent his time mostly discussing the various funding models. His aim was to dismiss allegations that e-tolling makes no economic sense and that it’s irrational and unworkable, with no hope of making back the billions of rands spent on it.

Unterhalter explained the numerous delays in the project as being political, to placate the public and by no means a sign of incompetence, which is exactly what Outa believes they were. He also rubbished claims that the level of non-compliance would cripple e-tolling, saying that it would be a criminal offence not to pay and that examples would be made of those who don’t.

He argued in favour of the user-pays principle and said those who attacked it did so selectively, without looking at the entire project and all its benefits.

After a brief lunch break, Outa was given a chance to respond. Advocate Franklin argued the interdict is a temporary one and did therefore not warrant the attention of the Constitutional Court. He told the court that the irreparable harm being claimed by government was being exaggerated and was, in any case, self-inflicted due to all the postponement.

“It appears government was quite prepared to postpone e-tolling at its own volition but if there’s an impediment that is not of its own making, then it suggests that is calamitous and will result in irreparable harm,” he said.

Franklin also pointed to incomplete exemption rules and tariffs for the project.

“Even as we sit here,” he argued. “Sanral is not ready to commence e-tolling.”

Franklin went on to say that granting the treasury’s appeal would amount to setting new rules for courts to follow when allowing interim interdicts. He was engaged on the fact that times were changing and that the Constitutional Court had to go beyond ticking boxes and had to consider a “basket of issues” to make sure its decision was in the interest of justice.

Most of the debate centred on whether courts had the right to step in when clear lines of responsibility have been drawn and whether government should have the freedom to decide on the methods it uses to fund its projects.

Through the lengthy discussions it became clear the court will be looking wide to determine the fate of the interdict. While Sanral was forced to admit that the system might not be perfect in its current form, Franklin was pushed to concede that Judge Prinsloo’s judgment may not have been a “work of perfection”.

While Outa maintained that allowing e-tolling to resume now would be a disaster, the court grappled with whether the government’s choice of funding model was up for debate in the first place.

Outside court, Duvenage said they remain confident and believe Franklin addressed all the issues put to him.

“If the court ought to understand the arguments a good grilling is important and we are not fazed by that,” he said.

But constitutional law expert, Pierre de Vos, wrote on his blog that the interdict is likely to be lifted.

“The decision of the High Court represents a far-reaching and even dangerous intervention by the judiciary in policy decisions taken by the executive,” he said. “I would not be surprised if the Constitutional Court overturns the High Court decision.”

For both parties there’s little to do now but wait, and prepare for the final showdown in November. DM

Photo: A woman walks past a bus shelter on a Johannesburg highway in this May 27, 2008 file photo. (REUTERS)