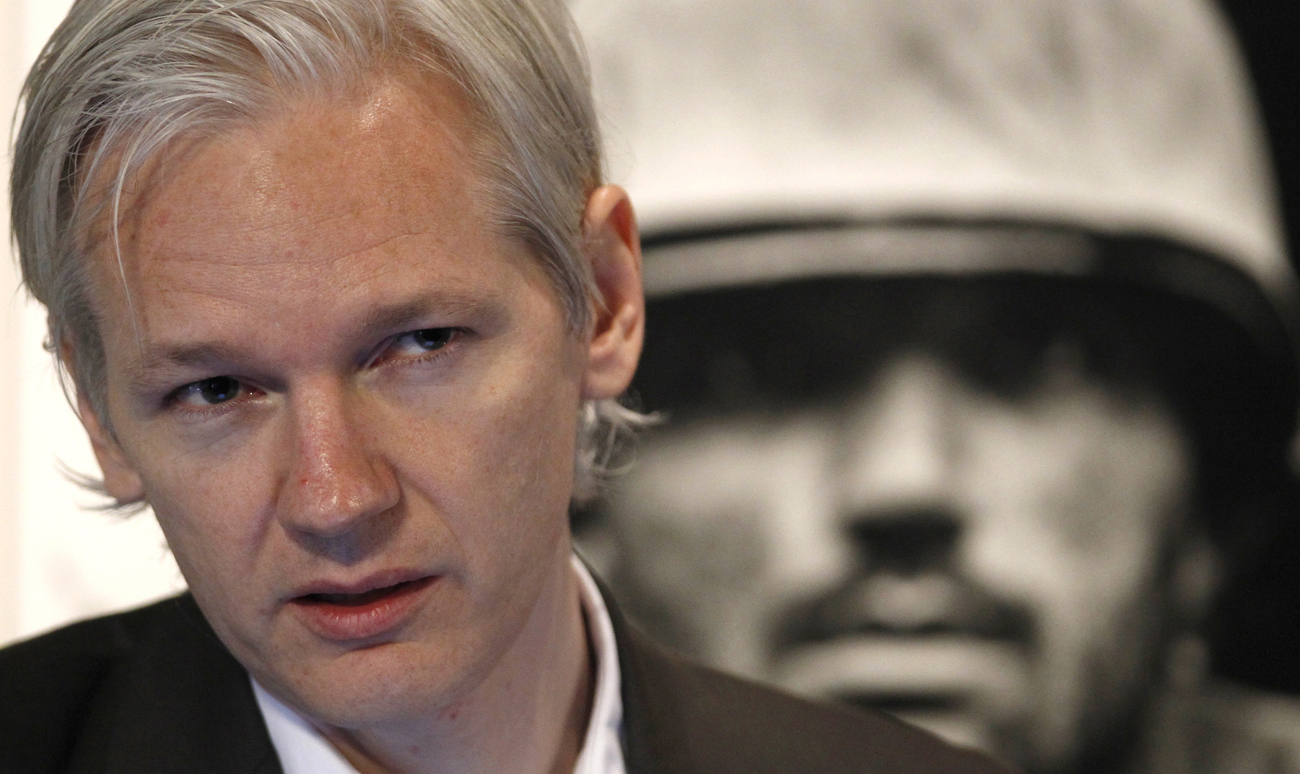 Ecuador granted political asylum to WikiLeaks' founder Julian Assange on Thursday, a day after it said Britain had threatened to raid the Ecuadorean embassy in London to arrest the former hacker. By Mohammed Abbas and Eduardo Garcia

Britain has said it is determined to extradite him to Sweden, where he is accused of rape and sexual assault. Assange fears he will ultimately be sent to the United States which is furious that his WikiLeaks website has leaked hundreds of thousands of secret U.S. diplomatic and military cables.

Ecuador‘s Foreign Minister Ricardo Patino said his country feared for the safety of the Australian, who had lodged an asylum request with President Rafael Correa, a self-declared enemy of “corrupt” media and U.S. “imperialism”.

Britain’s Foreign Secretary William Hague said that London would not allow Assange safe passage out of the country.

Patino told a news conference in Quito that Assange’s extradition to a third country without proper guarantees was probable, and that legal evidence showed he would not get a fair trial if eventually transferred to the United States.

“This is a sovereign decision protected by international law. It makes no sense to surmise that this implies a breaking of relations (with Britain),” he said.

Even after Thursday’s decision Assange’s fate is still far from clear: Britain has said it could strip the Ecuadorean embassy of its diplomatic status, which would expose him to immediate arrest by the British authorities.

“The United Kingdom does not recognise the principle of diplomatic asylum,” Hague said. “There is no … threat here to storm the embassy.”

Hague said the impasse could go on for a considerable time.

Assange has been holed up inside Ecuador’s embassy in central London for eight weeks since he lost a legal battle to avoid extradition to Sweden.

WikiLeaks said Assange would give a live statement in front of the Ecuadorian embassy on Sunday, although it was unclear whether he would risk arrest by venturing out of the building or would simply appear at a window or by a video-link.

In a statement posted earlier by WikiLeaks on its Twitter page, Assange said Ecuador‘s decision was “a historic victory”.

“It was not Britain or my home country, Australia, that stood up to protect me from persecution, but a courageous, independent Latin American nation.”

Britain has said it could use a little-known piece of legislation from 1987, introduced in the wake of the shooting of a British police officer outside the Libyan embassy in London, to remove the Ecuador embassy’s diplomatic status.

The Ecuadorean government has bristled at the warning: its foreign minister said Britain was threatening Ecuador with a “hostile and intolerable act”, comparing the action to Iran’s storming of Britain’s Tehran embassy in 2011.

“I don’t think they will dare to infringe international law … Diplomatic headquarters cannot be broken into, we can’t imagine that happening,” Patino told the state-run news website El Ciudadano after the announcement.

U.S. State Department spokeswoman Victoria Nuland said Washington did not intend to get involved in whether Assange should receive asylum in Ecuador.

“This is an issue between the Ecuadoreans, the Brits, the Swedes,” she said. Asked whether Assange faced persecution in the United States, she said: “With regard to the charge that the U.S. was intent on persecuting him, I reject that completely.”

Outside the Ecuadorean embassy, supporters relayed the announcement about his asylum request over a loudspeaker to cheers and clapping from protesters.

A Reuters reporter saw at least three protesters being dragged away by police after tussles with police before the decision was announced.

It was unclear how long Assange could stay in the small embassy – housed on the ground floor of an apartment block – which is under 24-hour surveillance by British police.

His mother, Christine Assange, told Reuters her son was “geared up for the fight”. She said: “He knows that he’s got justice and right on his side. He’s done nothing wrong, nobody in the world has charged him.”

Britain’s threat to withdraw diplomatic status from the Ecuadorean embassy also drew criticism from one of its own former diplomats.

“If we live in a world where governments can arbitrarily revoke immunity and go into embassies, then the life of our diplomats and their ability to conduct normal business in places like Moscow where I was and North Korea becomes close to impossible,” Britain’s former ambassador to Moscow, Tony Brenton, told the BBC.

Swedish prosecutors want to question Assange over accusations of rape and sexual assault made by two female former WikiLeaks supporters in 2010 but have not yet charged him.

The lawyer for the two Swedish women who made the allegations said his clients deserved justice.

“It’s an abuse of the asylum instrument, the purpose of which is to protect people from persecution and torture if sent back to one’s country of origin,” Claes Borgstrom told Reuters.

“It’s not about that here. He doesn’t risk being handed over to the United States for torture or the death penalty. He should be brought to justice in Sweden.”

Assange says he fears Sweden could send him on to the United States. His supporters have said U.S. authorities want to punish him for publishing diplomatic cables which laid bare Washington’s power-brokering across the globe.

“The reaction he has is that he wants to underline that this (asylum) is a measure that is aimed at the U.S. and not against Sweden,” said Per E Samuelsson, one of Assange’s lawyers.

“He has sought political asylum in order to eliminate the risk that he will spend the rest of his life in prison in the United States,” he said.

Ecuador said it had tried to get assurances from Britain and Sweden that Assange could not be extradited to a third country but that no assurance was given. Under European law, neither Britain nor Sweden could extradite anyone to a country where they might face the death penalty. DM