SA’s new M-Plan: It’s all in the implementation 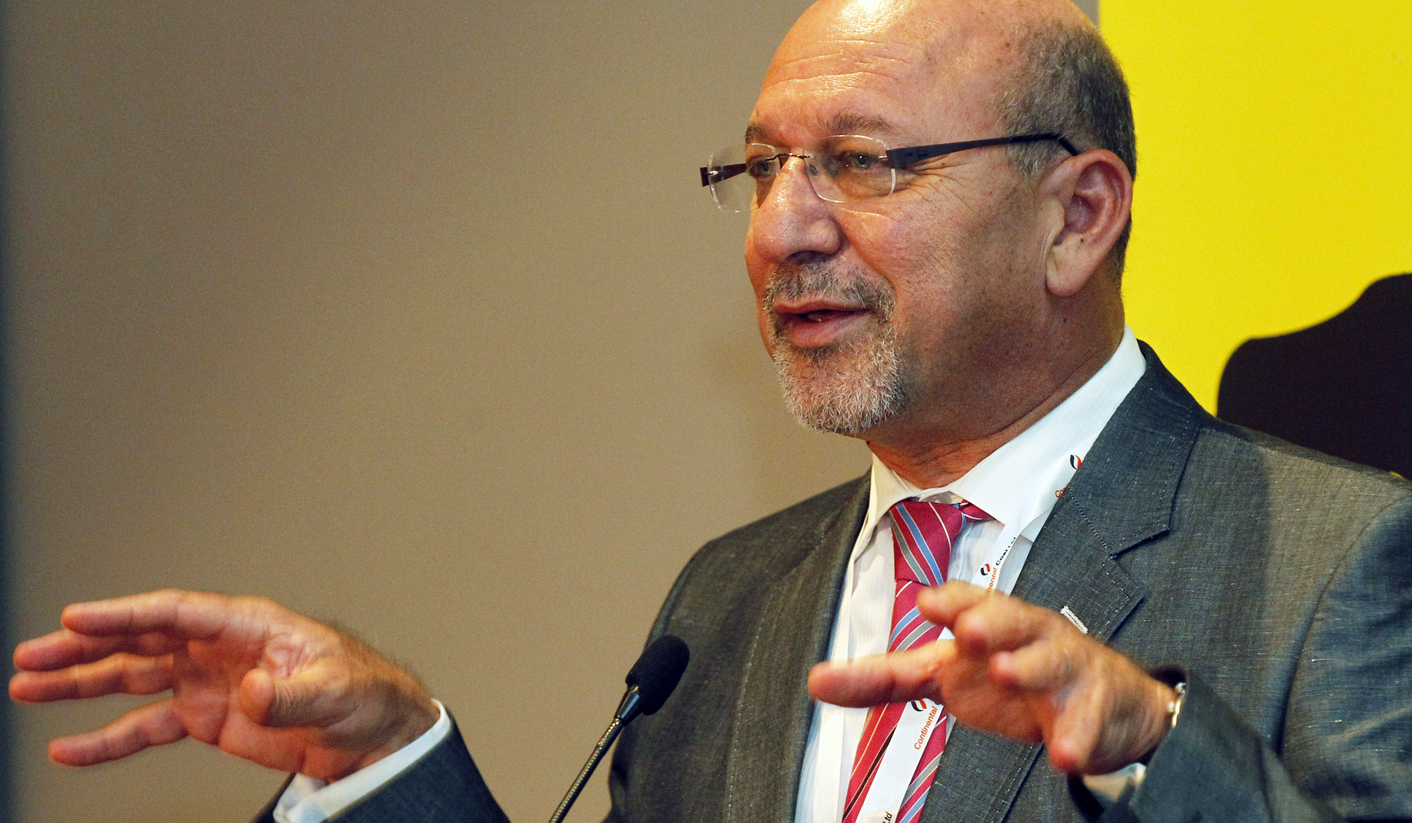 National Planning Minister Trevor Manuel shook hands Wednesday with President Jacob Zuma in Parliament as he handed him the National Development Plan. In it is possibly the secret to South Africa’s success. What Zuma does with it between now and when his term of office ends is where the challenge lies, and everyone, including Manuel, knows it. By RANJENI MUNUSAMY.

The establishment of the National Planning Commission (NPC) in 2009 will go down as one of the most innovative moves by the Zuma administration, which identified the need for long-term planning to guide the alignment of policy.

Speaking in Parliament at a joint sitting of National Assembly and the National Council of Provinces, President Jacob Zuma said the intention behind the establishment of the NPC ministry was “to move away from silos and parochial planning and look at our country as one holistic entity that should develop comprehensively, in every corner”.

The task of the NPC was to help to refine the vision for South Africa set out in the Constitution “and unpack our destination for us”, Zuma said, before tracing the three-year journey of the commission.

Under the direction of the illustrious former Finance Minister Trevor Manuel, the NPC brought together some of the best brains in the country in the areas of economics, finance, social services, rural development, energy, public policy and governance, infrastructure development, urban and regional planning, education and training, health, agriculture and food security, climate change, local government and scenario planning.

In June last year, the commission released a diagnostic document which stated that the elimination of poverty and the reduction of inequality were the objectives of a long term plan but that nine key challenges stood in the way:

Then, in November, the commission produced a draft National Development Plan for 2030. It contained recommendations covering 13 areas, including job creation, education, health, rural development, citizen safety, economic infrastructure and social protection. The NPC then embarked on one of the most extensive public consultation processes on public policy since the drafting of the Constitution, Zuma said.

The final 484-page National Development Plan (NDP) (http://www.npc.gov.za/pebble.asp?relid=25) is a comprehensive development blueprint with recommendations to government on how to tackle the country’s challenges over the next two decades. The main target in respect of the economy is to raise employment by 11-million to 24-million by 2030.

Proposals include raising exports and measures to prevent excessive overvaluation of the currency. It also called for improving skills development and breaking disincentives to hiring young people as well as increasing competition and breaking monopolies.

Manuel said the commission identified other enabling milestones to achieve the broad objectives of the plan.

“Per capita income should rise from about R50,000 per person to about R120,000, but distributed more evenly across the population. The economy would have to expand to almost three times the present level. The share of income accruing to the bottom 40% of the population should rise from 6% to 10%. Ninety percent of children in grade 6 should be able to read, write and count at the appropriate level, and all children should have access to proper nutrition from birth to ensure proper formative development.”

He said these targets were more than “just arbitrary or distant points on a road map”, but “carefully calibrated milestones along a path to prosperity and equity for all”.

Manuel was brutally frank about what lies ahead for South Africa if the warning signs in the report were not heeded.

“Despite massive progress since 1994, on the present trajectory, we will not achieve our target of eliminating poverty and reducing inequality by 2030. Without faster progress, there is a real chance that South Africa could slide backwards while dealing with the immense challenges overwhelming our capacity to succeed.”

Like most of the members of the opposition who spoke during the debate on the NDP, Manuel acknowledged that the implementation of the plan would be the greatest challenge.

“Our economy is caught in a low growth trap. To reverse this, we require higher investment, better skills, rising savings and greater levels of competitiveness. We do not suffer a poverty of ideas; our weakness is in implementation.

“The commission identified critical factors that contribute to this flaw and makes several proposals to deal with it. Among them is improving coordination within government and with other social partners to boost investment and employment. The plan also identifies a deficit in trust between business, labour and government that needs to be reversed if we are to build this economy,” Manuel said.

He said during the consultations the single most frequent comment or question from the public has been about implementation.

“Given weak capacity in the state and low levels of trust and cooperation between major social partners, how will this plan be implemented? The commission stresses that implementation rests with society as a whole, led by government and the executive.”

Speaker after speaker during the parliamentary debate expressed concern that after all the work that went into the NDP, it could fall flat due to ideological battles and factional dynamics within the ruling party and the Alliance.

The Democratic Alliance’s Lindiwe Mazibuko and Cope’s Mosiuoa Lekota both questioned why the NDP did not feature in the discussions at the ANC’s June policy conference. Mazibuko said there was a danger that factions in the ANC might attempt to block implementation of the NDP.

“We believe that the plan’s success or failure will entirely depend on if the president will rise to the challenge of aligning his policies with the goals and objectives of the NDP,” she said.

Zuma would have the “unflinching support from the DA if he lands this plan in government”, Mazibuko said.

FF Plus leader Pieter Mulder said how the ANC handled the plan would determine whether it would succeed. “If the ANC will ignore this report again in December in Mangaung, it will be a serious mistake to the disadvantage of South Africa,” he said.

Manuel said the next steps would be for Cabinet to consider the NDP, adopt the key recommendations and set in motion a focused programme for implementation. According to Zuma, it will also be discussed at next month’s Cabinet Lekgotla to harmonise it with existing development plans.

He said the work of the commission was not yet complete as the terms of reference asks it to do more detailed work in 11 areas, including water  and food security, education and employment. It is also tasked with advising government on the implementation, Zuma said.

However, other than advising government, Manuel and his commission have no powers to make sure the plan is implemented or to strong-arm those who impede the process. He acknowledged in his speech that even during the consultations, they had an uphill battle with some in government.

It is in the ANC, however, where the future of the NDP will ultimately be decided. There are fierce opponents to the plan within the ANC and its allies, and Manuel knows that it will need a hard sell to get it through the Mangaung conference.

In the 1950s, Nelson Mandela developed the “M-Plan” (named after him) which organised ANC members into a nationwide underground network. It was a sound plan for organisation on a street basis, so that ANC volunteers would be in daily touch with the people, alert to their needs and able to mobilise them. Years later, during the toughest of the apartheid government’s crackdown and state of emergency, the M-Plan was at work and kept the ANC alive in communities.

Manuel is probably hoping his plan would have the same staying power and becomes the pinnacle of his legacy. DM