Standing by to standby: The African peacekeeping force...

Standing by to standby: The African peacekeeping force with more problems than solutions 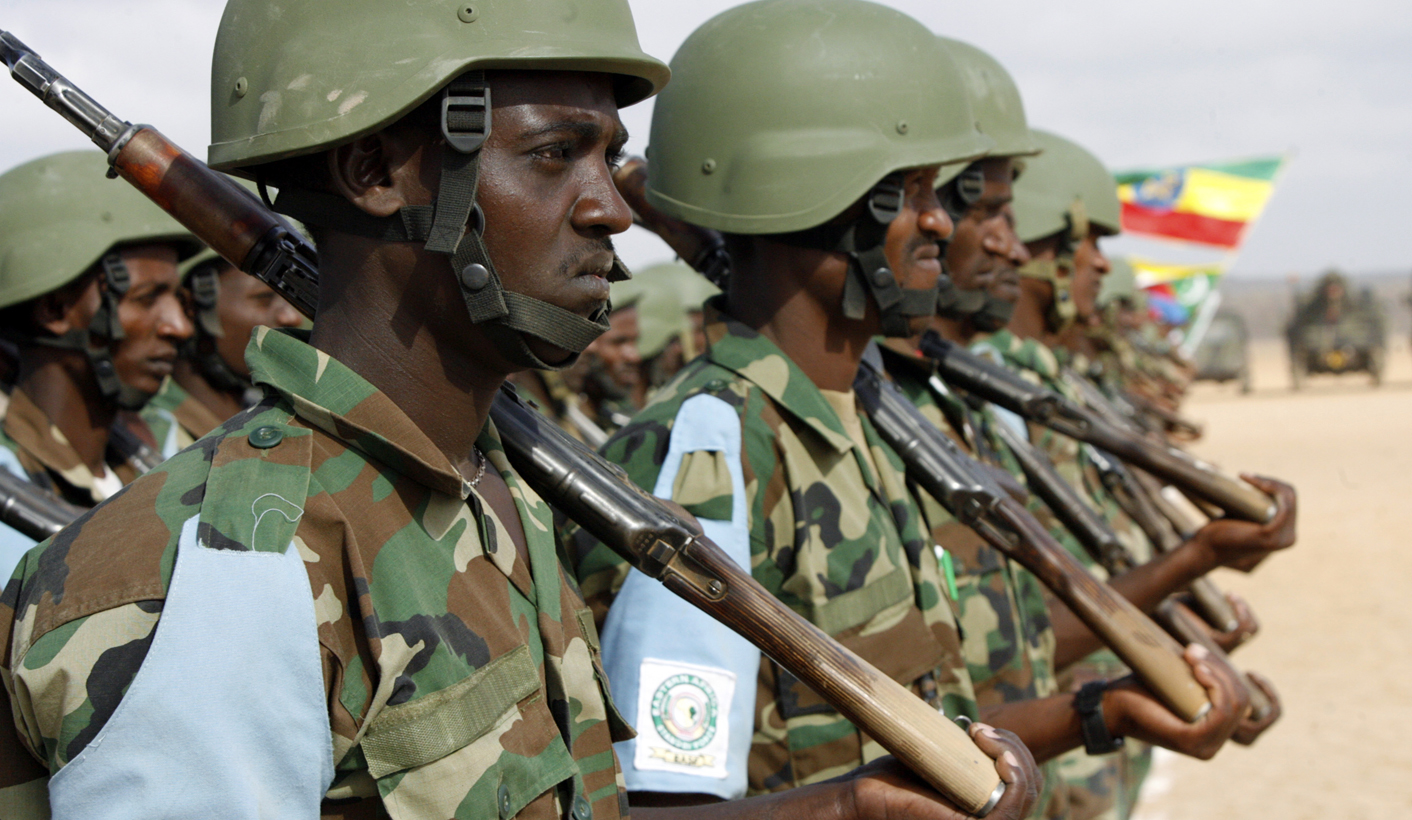 The African Standby Force is a beautiful concept. The crack troops were meant to be the silver bullet for Africa’s security problems, a rapid-response team able to get in and stop conflict before it began—or make sure it never reached Rwanda-level proportions. Only problem? Nine years later, it’s still in standby mode. By SIMON ALLISON.

The idea of a pan-African military force goes back a long way. Kwame Nkrumah, the father of pan-Africanism himself, envisaged an African High Command to prevent foreign intervention and help liberation movements wage wars against colonial governments. This idea went the same way as his plan for a single African currency.

More recently, Muammar Gaddafi proposed an African Army, offering to equip and house the army in purpose-built barracks in his hometown of Sirte. Gaddafi’s generous offer was refused by the African Union, wary of Gaddafi using it to protect himself against whatever Western power he would inevitably antagonize. This was prescient—just imagine how different the course of the Libyan Revolution would have been if thousands of well-trained African troops were stationed in Libya, answering to their paymaster.

In place of the African Army, the African Union came up with something else: the African Standby Force (ASF). The idea was that Africa needed to have some kind of military force on standby to intervene before situations could spiral out of control; to avoid situations like Rwanda in 1994, where decisive and early military intervention might have saved millions of lives. Think of the ASF as firefighters, ready and waiting to be dispatched to put out whatever conflagration is threatening the continent and its people.

This wouldn’t be a standing army, or even a permanent battalion under AU control, as suggested by the committee tasked with addressing the issue. In 2003, when the ASF was formalized, countries were still too scared of letting the Commission in Addis Ababa command its own firepower.

Instead, personnel would be drawn as needed from one of five standby lists drawn up by each of the AU’s five regions. On each list would be 60 civilians, 720 police officers and 5,000 armed forces personnel (army, navy and air force). Each region and its list would be on standby for six months at a time, making it less likely that one region would have to deal with multiple conflicts at once. A central planning office in Addis would coordinate among the regions.

If this sounds complicated, that’s because it is. At a seminar hosted by the Institute for Security Studies in Pretoria Tuesday, panellists lamented the complexity of the organisational structure and the lack of any clear guidelines on how it was supposed to work, problems that have meant that the ASF remains in the planning stages. Panellists included the head of the AU’s Peace Support Operations Division Sivuyile Bam, under whose ambit the ASF falls, and Colonel (retired) Festus Aboagye, a veteran of peacekeeping operations in Liberia and a senior research fellow with the ISS.

The problems are legion, but the two biggest revolve around decision-making and funding.

There are no clear rules on who has the authority to deploy the ASF, in what circumstances and who needs to give approval. In theory, overall command should rest with the AU’s Peace and Security Council, but they  are—again, in theory—required to seek clearance from the United Nations before authorising military intervention. How much say do the regional bodies such as SADC have when it comes to the deployment of their troops? Can SADC use its standby force to deal with regional problems without AU direction? And the individual countries supplying the troops—do they have any say in the matter?

Let’s say that these obstacles are cleared and the ASF is deployed. Who then takes overall command of the mission: the continental planning base in Addis, the regional base or the country supplying most of the troops?

“To this day, we have no idea how the ASF is going to be deployed,” said one panellist. (Under ISS rules, what is said in the seminar is public information, but the identity of the speaker remains confidential.) Which perhaps explains why the ASF has not been deployed to date, with one exception: 13 officers were sent by the ASF to assist the African Union Mission in Somalia. In the context of the more than 17,000 African troops already there, that’s not exactly a meaningful intervention.

Then there’s the funding problem. “Funding is key, funding is everything,” said Bam, speaking later to Daily Maverick. It determines capability, movement, equipment and maintenance, payments to injured soldiers. If we can sort that out, the rest can follow.”

While countries and regions are keen to assume command of ASF operations, they’re less enthusiastic about funding them. In other AU operations, countries are happy to commit troops but do so expecting the AU to provide the rest, including personal body armour. Flights are also a problem. Amisom in Mogadishu at one point found itself a full battalion under-strength after one battalion departed and its replacements were left waiting on some airfield while the diplomats argued over who would pay for the plane.

Amisom is costing somewhere in the region of $600-million to $800-million per year, and that’s a conservative estimate. The AU isn’t paying much of that, most of the money comes from Western donor countries. The AU simply doesn’t have the resources to mount such operations on its own, meaning the ASF, even if it does clear its logistical and political hurdles, will be reliant on foreign funding for any large-scale interventions or peace-keeping work.

To solve all the ASF’s problems will require a huge investment of political will and an even bigger investment of cash. There are hopes that Nkosazana Dlamini-Zuma, the incoming chair of the AU Commission, might provide the enthusiasm necessary to get the force off the planning table and on the ground where it’s needed, but even she will have to ask herself if it’s really worth it. It’s not as if Africa has been unable to intervene in the absence of a functional ASF. Quite the contrary; since 1990, there have been 17 military interventions or peace-keeping missions led by the African Union or regional blocs.

Bam argued that this ad-hoc approach to peace and security is problematic in the long-term, because it can’t be relied upon. With every new crisis, a new strategy needs to be formulated, a new force raised and new policies outlined. With a standby force such as the ASF, diplomats and policy-makers know they have a tool they can rely on.

“States want a predictable tool,” he said. “They don’t want to wait for someone else to give them the nod, or to provide the tool. They think this is the future.”

A coordinated, well-trained and prepared continental force does make more sense than the ad-hoc, haphazard military efforts which have characterised previous interventions, with mixed results. Certainly it would allow the African Union to act with more speed and decisiveness while remaining within the internationally-approved parameters that constitute operating doctrine of the ASF. Whether the ASF, with its ambiguous chain of command and lack of funding, can be that force remains to be seen.

To return to the fire-fighting analogy: the fire drills have been written and the firemen are on standby. They just don’t have any fire stations, or fire trucks, or anyone telling them which fires to fight. Best not play with matches. DM

Photo: Members of the Eastern Africa Standby Brigade from Ethiopia parade during the closing ceremony of the Field Training Service (FTS) in exercise Amani Carana in the Arta region of Djibouti, December 4, 2009. REUTERS/Thomas Mukoya