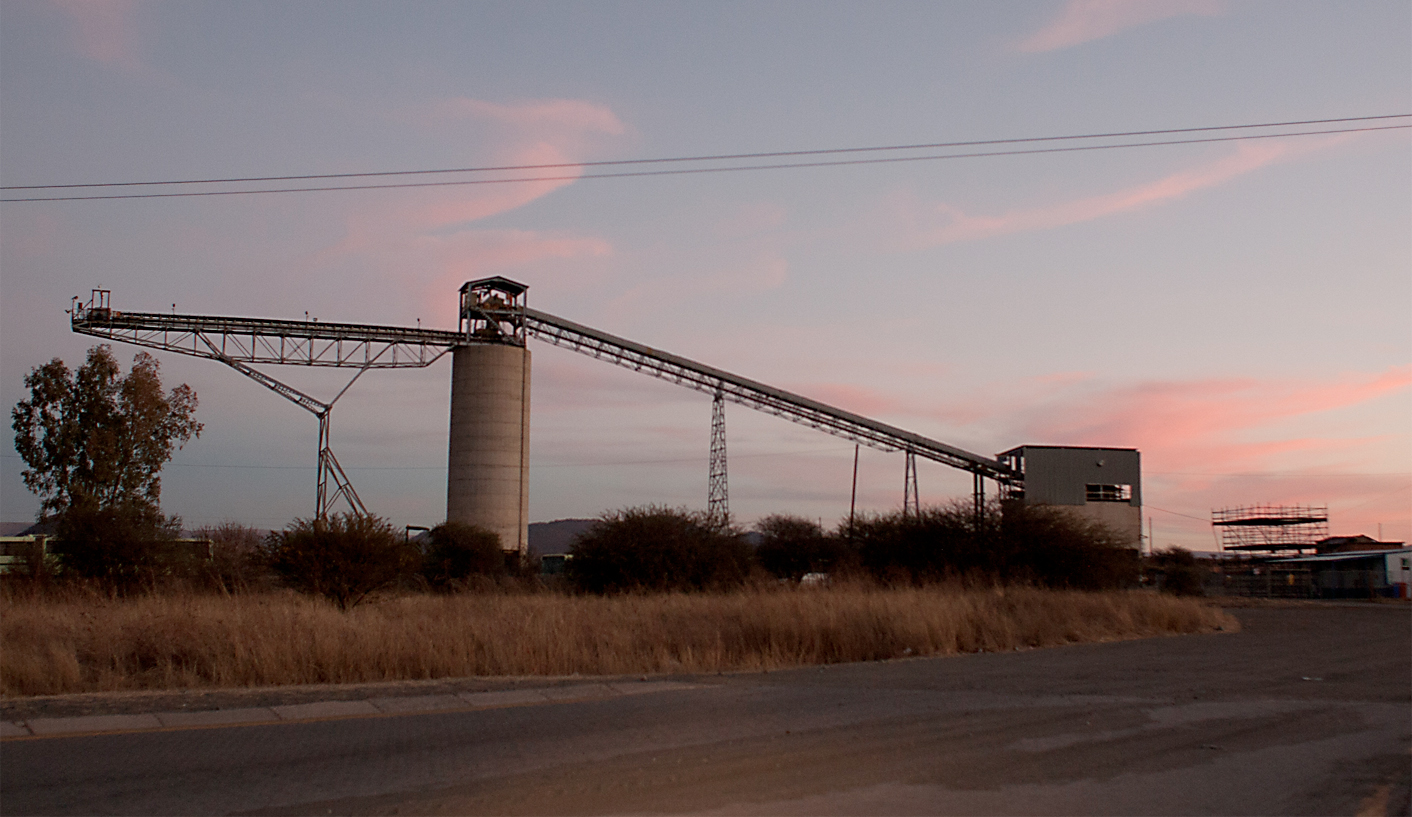 Two police officers were hacked to death at a Lonmin platinum mine on Monday, where workers have been protesting. Already at least seven people have been killed. The arrival of senior police commissioners at the scene appears futile in the latest instalment of a turf war over union power. By GREG NICOLSON.

On Monday, a dozen Lonmin mineworkers sat on the grass at a North West resort. The National Union of Mineworkers (NUM) shop stewards and leaders of Lonmin’s Western Platinum branch fled their homes at the world’s third largest platinum producer, outside of Rustenburg, on Saturday. “We heard they identified the branch top five to kill,” said branch chairman Daluvuyo Bongo, 40.

The NUM members were fleeing violent clashes reportedly fuelled by union rivalry at Lonmin’s Western Platinum on Friday. Two South African Police Service (SAPS) officers were hacked to death on Monday and another employee killed, after four employees were left dead over the weekend.

Bongo said the violence began on Thursday. After fleeing for his life with other NUM members to the resort he accused the Association of Mineworkers and Construction Union (Amcu) of orchestrating the attacks. After organising a protest of 3,000 rock drill operators who were not able to negotiate with management, Amcu, Bongo claims, then turned on NUM.

“On Friday they gathered again and we heard they were coming to burn our offices,” said Bongo. The NUM members fought back the protestors with rocks. The protestors withdrew to the nearby hills where they spent the night. When they were returning the next day, six NUM members informed security and went to see what was coming. The six were met with thousands of protestors, so they fled. Two security guards were shot in the ensuing struggle and their cars were set alight.

“People are sitting on the mountain and planning. Then they come down,” said Bongo. He said the protestors are intimidating anyone who tries to attend work and Amcu is forcing employees to become members. Amcu had little presence at Lonmin’s Western Platinum before the protest but were present at some of the company’s other shafts. Bongo said they had brought in members from the Implats mine.

Amcu was criticised earlier this year for fuelling tensions with NUM in their drive to recruit members during weeks of violent strikes at Impala Platinum’s Rustenburg mine. The union is viewed as more militant than other unions and has recruited members aggressively in the mining sector where memberships are a lucrative business.

“Amcu never tried to talk [to the NUM]. They never tried to engage. They are just fighting… Unions are supposed to follow the rules of the country,” said Bongo.

Amcu general secretary Jeffrey Mphahlele denied his union was behind the violence. “This thing had nothing to do with us. It was in the Marikane [shaft] and in Marikane we are still recruiting there… The issue was not about membership; it was about management. Management promised R700 and now they want to negotiate.”

Mphahlele spoke over the phone after returning from Lonmin. “Those rock drillers went there on their own. They were not under any union. But being Amco we had to be proactive go and meet them at the mountain… Even we were scared at first. Those people were full on top of those koppies – then the noise… Initially they didn’t want the union there. Fortunately we pleaded.”

He said the protest has spread from rock drillers to all staff demanding R12,500 a month. Because of the numbers “management have lost control”. The Amcu leader claimed it’s natural for workers to want to shift away from the NUM. “Our opposition [the NUM] has been there for 30 years. If you’ve been there for 30 years people get tired of empty promises. That’s what’s brought the downfall of NUM.”

“Honestly and sincerely we cannot promote violence,” said Mphahlele. He claimed the protest might be a ploy by the NUM to get workers sacked over an illegal protest, and then convince the company not to rehire its opposition when negotiations begin.

But Solly Phetoe, provincial secretary of Cosatu North West, condemned Amcu and called on the police to resolve the crisis. “Cosatu NW want to remind Amcu that the constitution of our country allows workers a freedom of association and that right has been extended in the labour relations act which give workers the rights and powers to form their unions, and not to be forced to join some fly-by night unions.”

“Cosatu NW calls on the police to arrest all those criminals who gather without applying as required by the public gathering act and arrest those who are implicated in the murdering of innocent mine workers.”

Two police helicopters were present at the mine on Monday and both national SAPS commissioner Riah Phiyega and provincial commissioner Zukiswa Mbombo visited the site. Lonmin security and SAPS members rushed around their security base outside the danger area. Lonmin’s head of security denied Daily Maverick entry to the conflict zone.

“We are not resting on our laurels,” said police spokesman Lindela Mashigo. He said the police would commit to arresting those who killed the two officers and wounded another. On Thursday, officers were overpowered by a mob that then took their service weapons. During shoot-outs, police wounded three protestors. Mashigo wouldn’t speculate on who was behind the attacks.

NUM president Senzeni Zokwana met police minister Nathi Mthethwa on Sunday to urge him to provide protection to miners trying to go to work, but doubts are being raised as to whether they can indeeda ensure safety.

“We call for the deployment of a special task force or the SANDF to deal decisively with the criminal elements in Rustenburg and its surrounding mines” said Frans Baleni, NUM general secretary. “We appeal for the deployment of the special task force as a matter of urgency before things run out of hand. For months on end we have argued that the situation in Rustenburg requires special intervention and we are seeing no difference.”

Lonmin CEO Ian Farmer expressed his condolences to the families of the victims and said the company was continuing to talk to the unions. NUM has focused on the issue of safety while Mphahlele said there is a wage agreement which will soon lapse and workers demand it be resolved.

The rival unions haven’t discussed the issue. “They are standing on their high horses so it is very difficult to speak to them. They are afraid of going [to Lonmin],” accused Mphahlele.

The back and forth hasn’t helped South Africa’s platinum industry. As Amcu fights for territory, prices have dropped in a year where violence was seen at Impala, which left three people dead, and Aquarius Platinum, where another three people died. In London, Lonmin’s shares were down 1.6%.

Bongo will spend another evening in the resort but some of his NUM shop stewards return to the mine on Monday. Their families have been moved, but he has heard protesters have been to the hostels and family units to note where the NUM leaders live and is worried about their return.

“The situation is above our efforts,” he says of the union. “As the NUM we want the mine to operate because of the economic situation we have in the mining sector. We are worried about people’s jobs. We want to remedy the situation.” DM