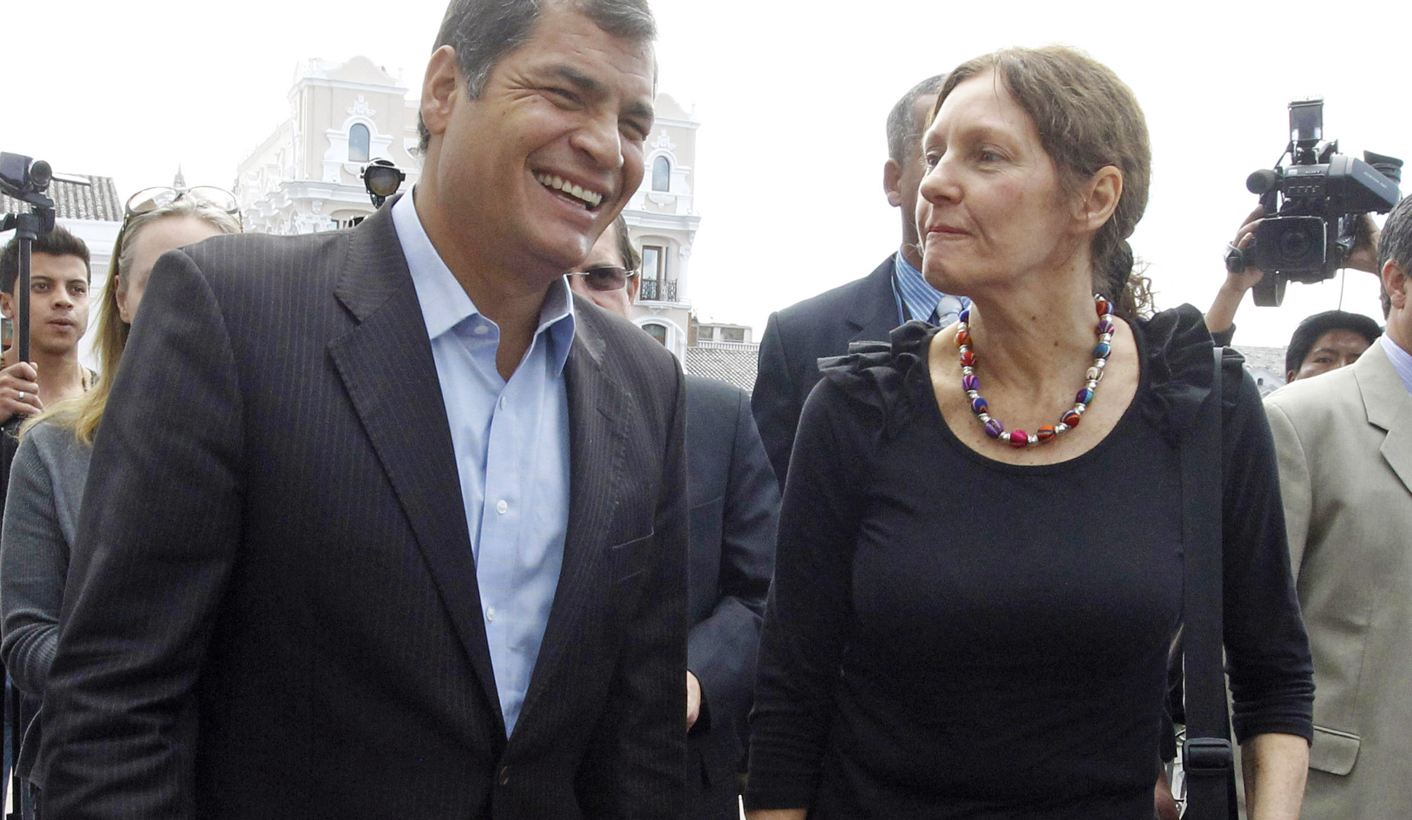 Ecuador is pondering not only whether to give Julian Assange asylum but also how the Wikileaks founder would escape arrest in the United Kingdom should he head to South America, Foreign Minister Ricardo Patino said on Tuesday. By Jose Llangari.

Assange has been taking refuge in the Ecuadorean Embassy in London since June 19 to avoid extradition to Sweden, where he is wanted for questioning on sex crime allegations.

The former computer hacker, who enraged Washington in 2010 when his WikiLeaks website published thousands of secret U.S. diplomatic cables, says he fears he could be sent to the United States, where he believes his life would be at risk.

Ecuador’s leftist President Rafael Correa has said a decision on whether to grant political asylum to Assange is likely before the end of the week.

Patino, who has led Ecuador’s analysis of the case, told Reuters the Andean country was also looking at how the 41-year-old Australian might travel to Ecuador if he is granted asylum.

“Beyond the international treaties, the right to asylum etc, and the autonomy or sovereignty the national government has to take a decision of this nature, we have to look at what will happen next,” he said before an event in the highland city of Ambato.

“It’s not only about whether to grant the asylum, because for Mr Assange to leave England he should have a safe pass from the British (government). Will that be possible? That’s an issue we have to take into account.”

Assange is in breach of his British bail conditions and the British police have said he is liable to arrest if he steps out of the embassy, which is located in London’s ritzy Knightsbridge area, miles away from any airport.

It appears unlikely that the British government would give Assange safe passage to an airport as that would mean going against the Swedish arrest warrant and a ruling by Britain’s own Supreme Court that the warrant was valid.

Patino reiterated that Assange’s grounds to request political asylum are that he thinks he is being politically prosecuted and that he fears that from Sweden he will be extradited onwards to the United States.

“We’re analyzing the weight, the veracity of that information,” Patino said.

Leftist Correa, a self-declared enemy of “corrupt” media and U.S. “imperialism”, said he sympathizes with Assange but also feels respect for the British legal system and for international law.

Assange has not been charged with any offence in Sweden or in the United States. Swedish prosecutors want to question him about allegations of rape and sexual assault made by two WikiLeaks supporters in 2010. Assange says he had consensual sex with the women. DM