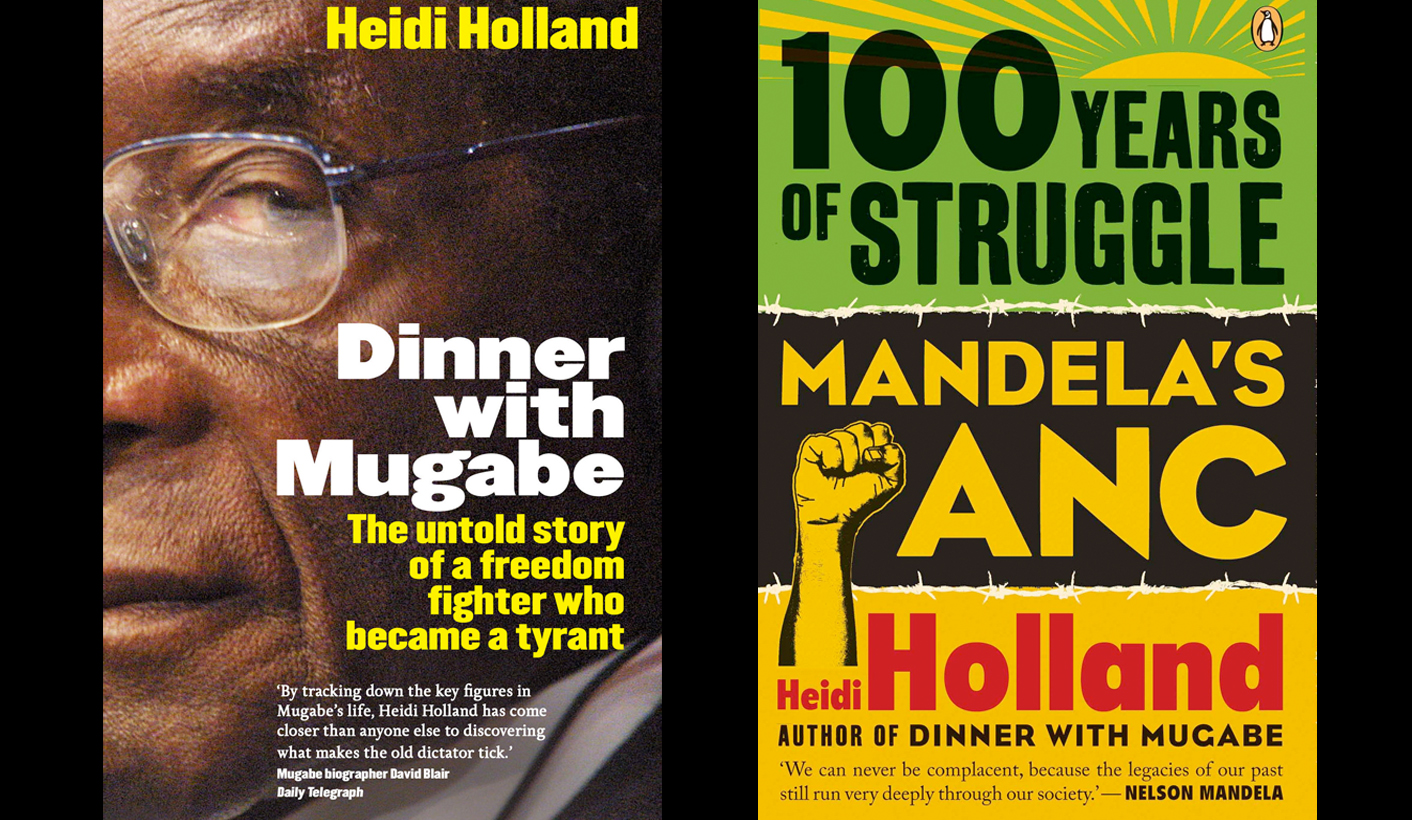 Author and political commentator Heidi Holland was found dead in her Melville home on Sunday. J BROOKS SPECTOR remembers her.

Four months ago, I interviewed Heidi Holland after her thoroughly revised and expanded history of the ANC had been published to coincide with the ANC’s hundredth anniversary.

In that extended conversation, although outwardly cheerful, Holland was clearly pensive and more than a little ambivalent about the current state of affairs within South Africa – especially within the ruling party, what with its growing tenderpreneur corruption, growing examples of pay for pals governance, and the government’s continuing inability to deliver on its promises to citizens, despite its fine words. Looking forward, she was not of a mind to be particularly cheerful about the party’s future as an avatar of moral leadership for the nation.

As ever, however, she was a river of insights, observations and telling bits of the kind of personalized history that too rarely works its way into formal histories. She had clearly earned them the hard way from her years of morally courageous journalism in Southern Africa, often at times when such efforts could have had dangerous personal consequences.

Early on, Holland had worked in a bank, was a political organiser for an opponent of Ian Smith and, as a journalist, had edited ‘Illustrated Life Zimbabwe’, where she famously put a picture of Robert Mugabe on the cover, just as the Zanu leader was let out of jail. It was then, back in 1986, that she began the project that became her most recent book. She had wanted to write a book about Nelson Mandela, but the research was hard to do in South Africa and getting access to many records in university libraries was a mission. As a result, the work metamorphized into the history of the ANC in exile and then in its first two decades in South Africa – and in power.

Holland had the luck of especially good timing with the first edition of this book. ‘The Struggle: a History of the African National Congress’ just happened to go on sale the week Mandela was released. When she met him to present a copy of her book to him, she says that he looked at her, bemused at the extraordinary timing, saying to her, “How did you manage to write this book?” When it first came out, her book was one that gave many their first real understanding the exiled political body that was to occupy so much of the contemporary political space.

Holland had in fact written the first version of ‘A Hundred Years of Struggle: Mandela’s ANC’ before the end of apartheid and at a time when she was flying back and forth between South Africa and Zambia to interview the ANC’s leaders in exile and carry her extensive notes for the book back with her to South Africa in 1989.

Writing about her book back in April, this author had noted the first two-thirds of the book, ‘given their exploration and examination of a political movement in opposition but also in exile, offer the kinds of insights that come to a keen-eyed and attentive observer who is very close to the events described. In exile, the ANC opened up to Holland in a way that was almost unique for outsiders.’

When she was asked, then, if she has now become disappointed about how things have turned out, given that bright promise of liberation, Holland considered the question carefully and offered a slow, carefully nuanced: “Well yes, but it could have come out so much worse after all.”

But the book that helped make the biggest contribution to a broad international reputation was her close, unblinking, but not unsympathetic look at Robert Mugabe’s Zimbabwe, ‘Dinner with Mugabe.‘ Back in 2008, she had described her sense of Mugabe to the AP, saying, “I think he’s in denial, I think he can’t face what he’s done in Zimbabwe because that isn’t what he intended to do. He did genuinely, I think, want to be the saviour of his people, the liberator of an oppressed nation.’’

Other volumes followed such as ‘African Magic’, ‘The Colour of Murder’ and a coedited collection of explorations of Johannesburg, entitled ‘From Joburg to Jozi’.

Of course, Holland didn’t start out as an intimate of the ANC or its leadership. Born into a South African/Swiss, then Rhodesian, family, her father’s attitudes towards race were entirely typical of his times but would have been thoroughly out of place in ours. But Holland moved sharply leftward during her formative educational years – perhaps in reaction to and revolt against parental views. Her working journalist’s life then included many years as a correspondent for the Sunday Times in Rhodesia-then-Zimbabwe and in South Africa as well as reporting and opinion writing for many other publications, but effectively began with her work on periodicals in a Rhodesia that was not yet Zimbabwe..

But more than just being her own wordsmith, Heidi Holland also created the kind of oasis in a part of the world that had more than its share of conflict that journalists, historians and the better kind of diplomat find essential. Her guest house in Johannesburg’s cosmopolitan but sometimes just a bit edgy neighbourhood of Melville became a sanctuary where journalists found a convivial home base, and where reporters new to the region found a way to tap into the zeitgeist of the narrative here. The inn was always open for a journalist to stop by for a drink, a bite to eat and a thoughtful conversation, a strategically given introduction, or the lead on an important story.

Reports indicate that Holland died over the weekend in her garden and that there was no evidence of violence, suggesting her death was a suicide. One friend, journalist Fiona Forde, has spoken publicly of an animated conversation the two of them had had together last week, and that Forde had then received a note from Holland that said, “Sorry I won’t see you for breakfast, doll. I have to see the doctor. But I will see you soon. Hx”.

Holland is survived by two sons – and a reputation as a warm but tough-minded observer of Southern Africa’s face, warts and all. DM