Supersize my portfolio: how to get rich on globesity 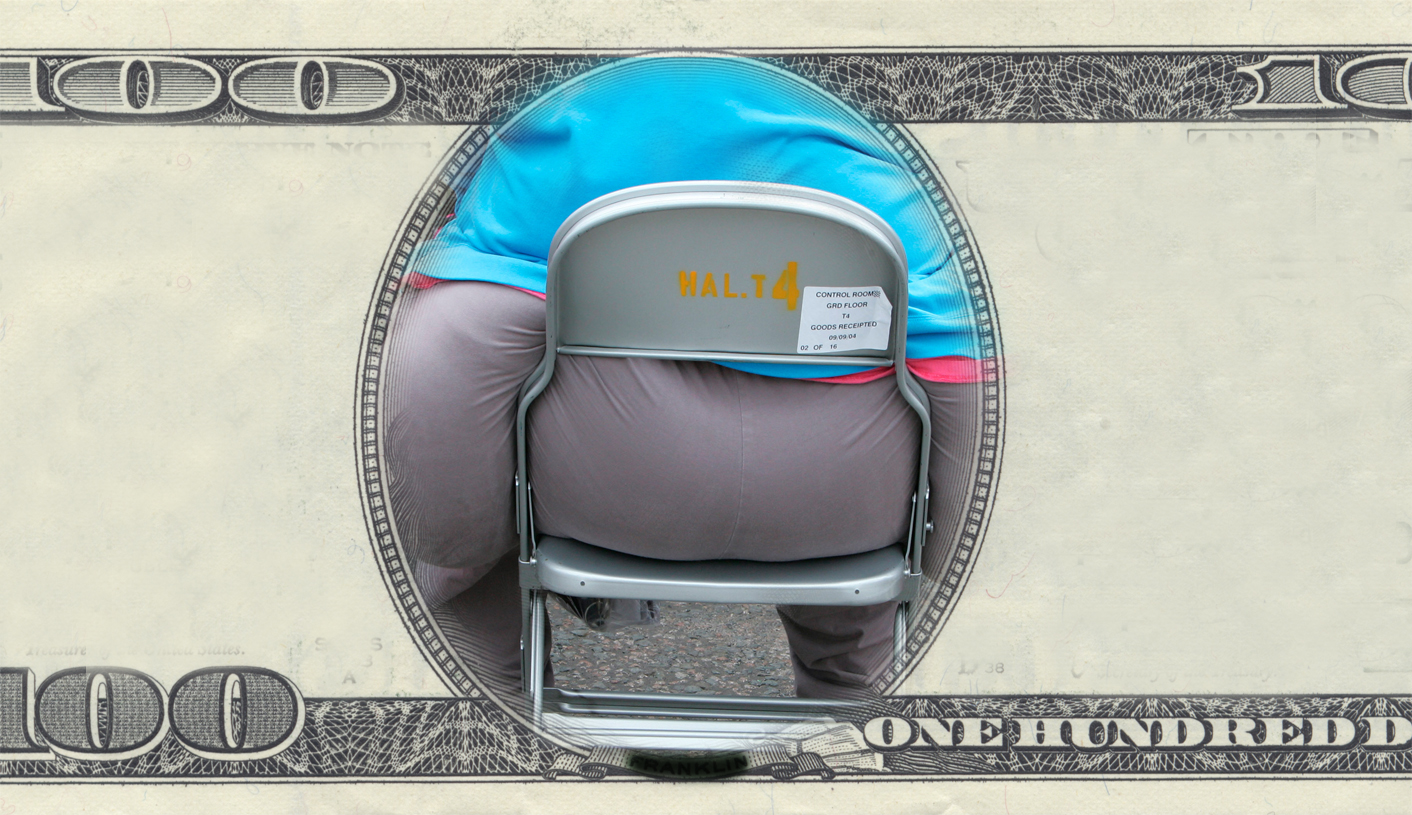 Looking for a growing market in which to invest your dwindling resources? How about putting the money in waistlines? The world is getting fatter, your wallet’s getting thinner, but there may be a way to reconcile the two. Just ask Merrill Lynch. By RICHARD POPLAK.

Listen up, fatso! You haven’t seen your privates since Madiba was running the show; as the comedian once said, your fat has fat. But this is all for the greater good. You may not have noticed in between a third helping of your tannie’s melk tert and a ninth boerie roll, but the world economy has basically tanked. Real estate, tech stocks, China, tenders in Limpopo—none of these once rock solid investment opportunities are worth a roll of toilet paper any longer. So, what’s a chunky monkey to do?

Write what you know, the scribe is told when he first picks up his quill. Should the same maxim not apply to the investor? It doesn’t make sense for us to troll through index funds, making bets with our life’s savings on companies and financial sectors that are as foreign to us as Bolivian disco remixes. What the postmodern human knows best is how to get fat. Merrill Lynch proposes that we get rich while doing so.

Consider the coinage “Globesity”. The word refers to the worldwide trend of growing waistlines, in which the biggest health threat is no longer a dearth of calories, but an excess of same. The World Health Organisation (WHO), defines obesity by Body Mass Index, which is “a simple index of weight-for-height that is commonly used to classify overweight and obesity in adults. It is defined as a person’s weight in kilograms divided by the square of his height in meters (kg/m2), The WHO definition is: a BMI greater than or equal to 25 is overweight. [A] BMI greater than or equal to 30 is obesity.”

If that sounds like everyone you know, then you’re starting to get a sense of the scale of the problem. In South Africa, we tend to obsess about feeding people enough, when we should be concerned with feeding them correctly. There is no question that we will eventually become part of this trend, and that “food security”, though a genuine worry in some parts of the world, is a red herring (and not an edible one) in terms of murderous capacity.

Two hundred-million men and 300-million women are obese; 1.4-billion people are overweight. More than 65 percent of the world’s population lives in countries in which fat kills more people than skinny. These numbers have doubled since 1980, and the curve is on the rise. The diseases associated with obesity range from diabetes to heart disease to gout to halitosis. Being fat kills you dead, no excuses, no arguments. And we called Aids an epidemic? Let’s put it this way: obesity will kill more people in a decade than Aids will kill in its history.

So should we diet? Hell no! It’s time to get rich. Merrill Lynch is not, after all, a benevolent institution hell bent on getting the world hooked on celery.

“Increasing efforts to tackle obesity over the coming decades will form an important new investment theme for fund managers,” it said in its Globesity report. “Global obesity is a mega-investment theme for the next 25 years and beyond… The report… identifies that efforts to reduce obesity is a ‘megatrend’ with a shelf-life of 25 to 50 years… BofA Merrill Lynch analysts across several sectors have collaborated to identify the sectors and companies developing long-term solutions.”

The Web site Alternet.org quoted the following major sectors from the report, and it’s worth perusing the numbers below, while eating a Wimpy breakfast washed down with a milkshake, followed by a chocolate bar:

Wider ambulance doors? Man, why don’t I think of this stuff? What the report is really saying is that the world is being redesigned to cope with the fact that the vast majority of its population will be overweight, and close to 3-billion of us will be obese by 2050 or so. Because WHO links high obesity levels with poverty and lack of education, Africa will no longer be the home of the fly-ridden emaciated kid, but rather the lard ass with a triple-sized Fanta in his tummy. Try a fundraiser for that and see where it gets you.

But let’s say we don’t reverse the trend. Doesn’t a counter strategy make sense? According to the Globe and Mail, “if you had bought the stock of Johnson & Johnson (maker of smoking-cessation products such as Nicorette gum and Nicoderm patches) 20 years ago, your total return on that investment (with dividends reinvested) would have been 806%, a handsome 11.6% annually. And if you’d bought tobacco giant Altria Group Inc. instead? Your 20-year total return would be 1,566%—15.1% annually.”

In other words: hedge. A diet is no picnic, and 7-billion people on a juice fast would send the planet into a Third World War quicker than you can say “Iran.” We’re getting fatter, and those who bet against it will be getting poorer. Time to cash in on wider ambulance doors. And to eat a fourth slice of melk tert. DM