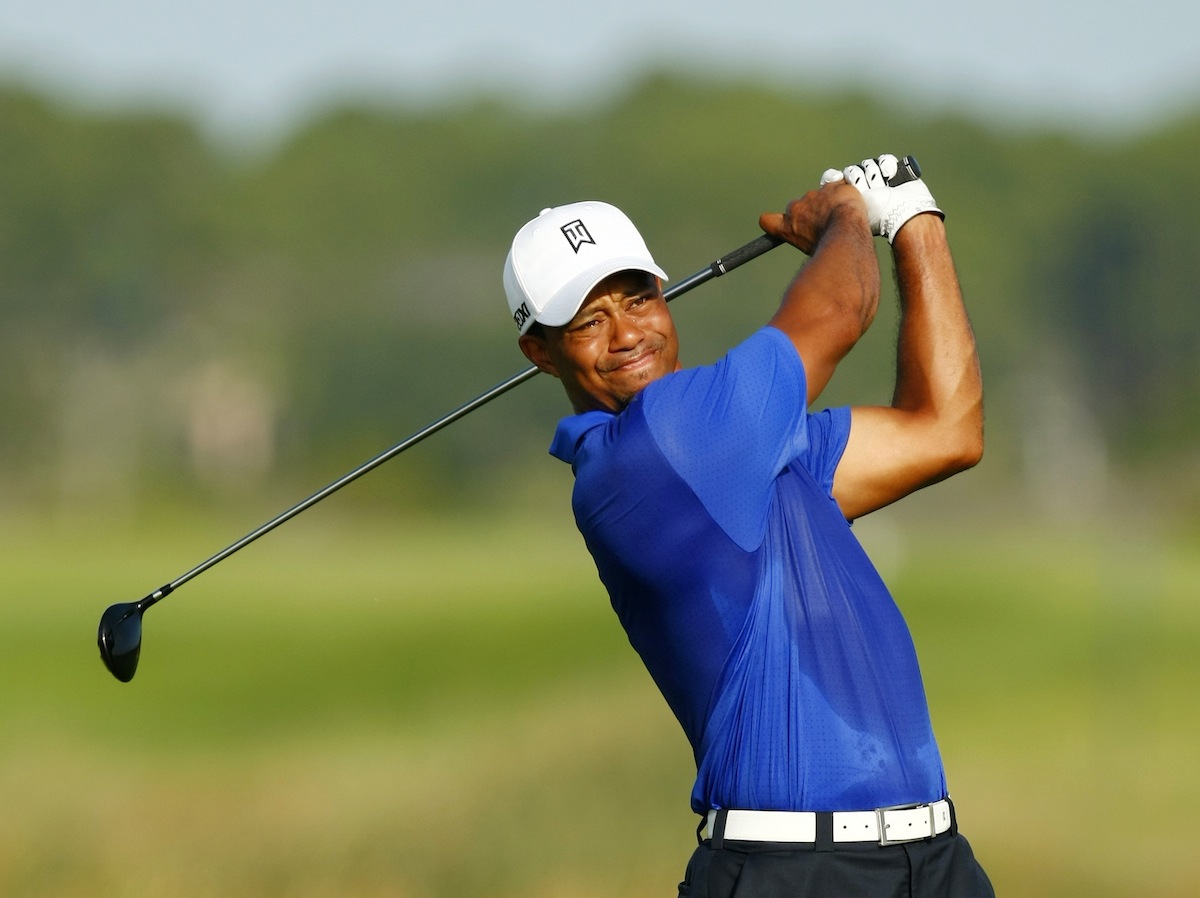 The argument in golf used to be over when Tiger Woods would beat Jack Nicklaus' record of 18 major titles.

Then, as Woods endured personal and golfing troubles, the question rapidly shifted to: ‘Could he even win one more?’

For the 36-year-old Woods, who has won three PGA Tour events this year but has not added to his career haul of 14 majors, there is no doubt that he can become the most successful golfer ever.

But the man who once exuded such supreme confidence now suggests it may take a couple of decades for him to surpass Nicklaus.

“Jack didn’t finish (winning majors) his until he was 46, so if you go by that timetable, I’ve got 10 more years.

“Four more majors is a lot. I’ve got plenty of time. With the training regimes that we have now and seeing guys play well, you can get on the right golf course and contend.”

Woods, who won the most recent of his majors at the 2008 U.S. Open, is even thinking well beyond the age that Nicklaus called it quits, recalling the recent close calls at the British Open by fifty-somethings Tom Watson and Greg Norman.

“You saw what happened with Tom being 59, Greg almost did it at Birkdale at 53-years-old,” he said.

“So we can play late in our careers just because of our training; and also just getting the right golf course.”

Woods, who won four majors in a row culminating with the 2001 Masters and also landed double major triumphs in 2002, 2005 and 2006, acknowledged it was becoming tougher to win majors.

“Is it harder? Well, I haven’t won one (since 2008), so probably,” he said, before comparing the level of difficulty with 10 years ago.

“There are more players with a chance now that the fields are so much more deep than they used to be, and it’s only going to get more that way.”

The last 16 majors have been won by 16 different golfers, 12 of them being first-time champions, and that, Woods says, is a sign of just how many players can be in contention at a tournament.

“If you just make the cut nowadays, you’re within nine shots of the lead sometimes,” Woods said. “That’s easily do-able on a weekend. And it’s just amazing, you’ve got 70-plus guys within 10 shots it seems like at every Tour event.

“That wasn’t always the case. It used to be 14, 15 shots sometimes; but it’s just so much smaller now, the margins.”

Woods tied for eighth at last week’s WGC-Bridgestone Invitational in Akron, Ohio, but says he heads into his last chance of a major this season in better shape than at the same stage in the past two years.

“The last couple of years my game was not where it’s at right now,” he added. “This year I’ve won three tournaments, and it’s been a pretty good year. I’ve been in there with a chance to win a few more.

“It’s totally different — physically my game is way different than what it was last year.

“It’s been nice to be able to practice after each round, to have that option. That wasn’t the case last year. My game has improved because of it, and here we are.”

Progress has been made but the former world number one knows that it will take another major win for all the question-marks over his play to disappear.

He was in contention heading into the weekend at the last two majors – the U.S. Open and British Open – but on neither occasion was he able to make a real charge.

“I was there at the U.S. Open after two days and I was right there with a chance at the British Open,” he said. “Things have progressed, but still, not winning a major championship doesn’t feel very good.”  DM

Photo: Tiger Woods watches his second shot on the 16th hole during a practice round in preparation for this week’s PGA Championship at The Ocean Course at Kiawah Island, S.C., August 6, 2012. REUTERS/Chris Keane