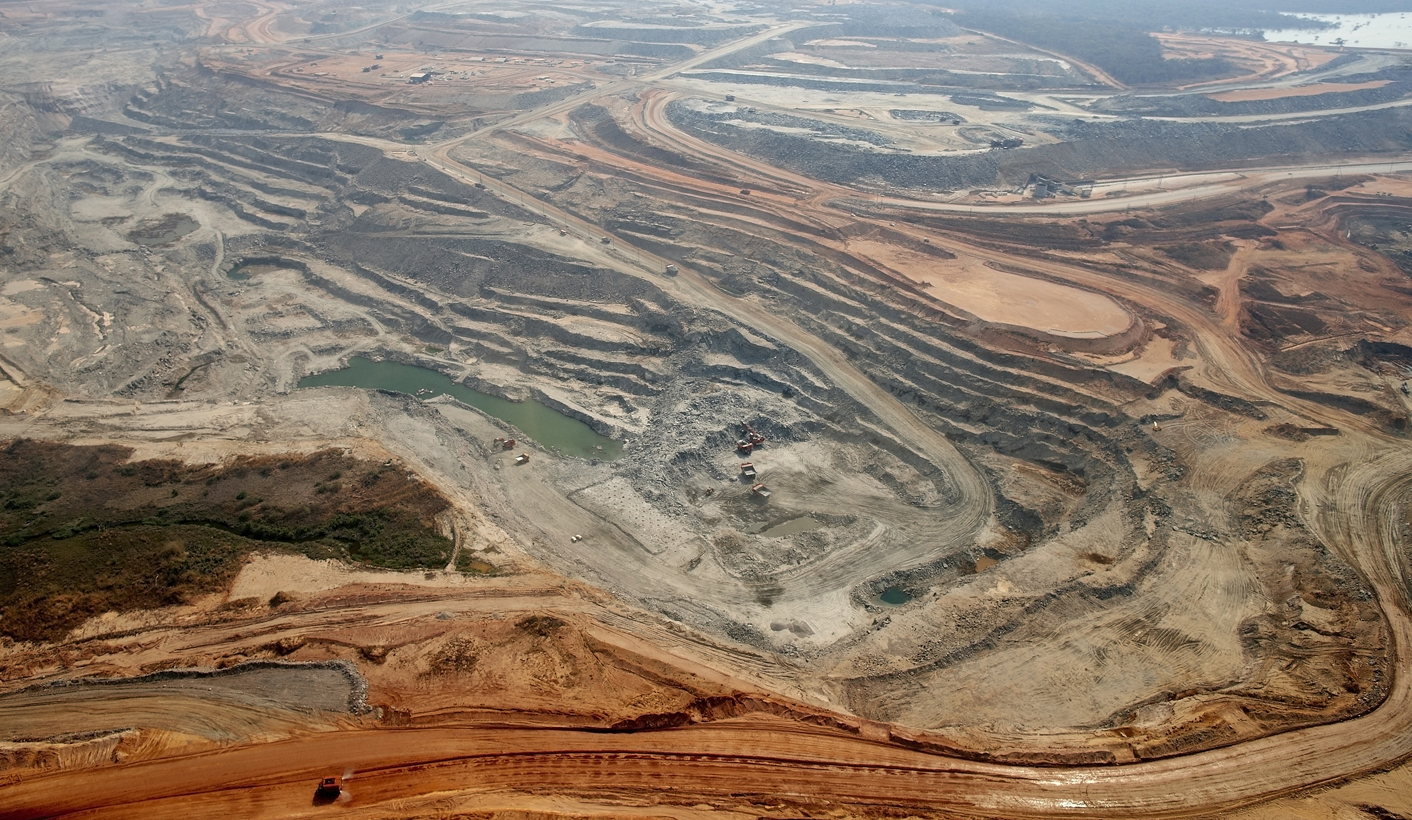 A copper mine in Lumwana, Zambia. At a macro-economic level, the country's mining industry has suffered from the Lungu administration’s excesses. (Photo supplied)

A Zambian mine riot that left one Chinese manager dead and two other seriously injured is the latest in a series of unsettling incidents that are forcing China to realize its African expansion is not without risks, and, to protect itself, it may have to rethink its oft-repeated non-interference policy. By SIMON ALLISON.

Mines are dangerous places at the best of times. At the worst of times, they can be fatal – as Wu Shengzai, a Chinese supervisor at the Chinese-owned Collum coal mine in southern Zambia, discovered this Saturday. Shengzai was run over by a trolley and killed. This was no accident, however.

“Wu Shengzai, aged 50, has been killed by protesting workers after being hit by a trolley which was pushed towards him by the rioting miners as he ran away into the underground where he wanted to seek refuge,” Southern Province Police Commissioner Fred Mutondo told reporters. Two of Shengzai’s colleagues were badly injured in the riots, and had to be airlifted to Lusaka. Zambian investigators have descended on the mine to figure out what happened and why, but it is China’s decision-makers that will be asking the serious questions about China’s role in Africa, and the safety of its citizens.

This particular mine has a history of bad blood between its Zambian workforce and Chinese management. In 2010, 13 miners were injured during a wage protest when managers opened fire on them with live ammunition.

The current problems at Collum started when Zambia’s president, Michael Sata, introduced a new minimum wage law last month. The lowest-paid workers at the mine—that is, most of them—are now legally entitled to a minimum of $230 for a month’s work, as compared to the $150 they were earning before. But when Collum paid the July salaries, workers discovered they were still on the old wages, and they weren’t happy. Hence the rioting. In the wake of Shengzai’s death, production at the mine has been suspended.

This incident is the latest in a series this year that have shown that not everything is going all China’s way in Africa.

In late January, two groups of Chinese workers were kidnapped in separate incidents. In Sudan, 29 workers were taken by a rebel movement as a sign of defiance against the government in Khartoum, with which China enjoys a very cozy relationship. In Egypt’s Sinai Peninsula, 25 workers were taken from their bus as they were returning from holiday. Both groups were eventually released unharmed, but the twin attacks were an unprecedented threat to China’s interests in Africa, and, more importantly, shook public opinion in China itself about the wisdom of their country’s African expansion.

But most disturbing for China, given its economic implications, has been the ongoing stalemate over oil production in South Sudan. After a dispute over transit fees with Khartoum, South Sudan’s government in Juba summarily suspended oil production in January and has not turned on the taps since. There are three countries suffering as a result of this boycott: South Sudan, which relied on oil for 90% of government revenue; Sudan proper, which needed the transit fees to make up some of the losses it suffered from losing so much of its oil in the split; and China, whose companies are the largest presence in South Sudan’s oil fields, and for which much of the oil in question was destined.

Troublingly, China has not been able to use its much-vaunted influence over African countries to solve this diplomatic dispute. Pressure on Khartoum yielded no concessions, despite China’s long-standing friendship with the regime of President Omar al-Bashir. And attempts to woo Juba have been similarly fruitless, despite China offering South Sudan’s government a big carrot in the form of an $8-billion loan (secured, of course, against future oil production).

Just this weekend, when a deal was reached to end the impasse, it was the African Union, and specifically Thabo Mbeki, the chief mediator, that broke the deadlock. Don’t expect the taps to be turned on anytime soon, though. This new deal is dependent on South Sudan being satisfied with its border security, something that’s unlikely to happen in the near future.

Taken separately, each of these setbacks—the fatal mine riots, the kidnappings, the inability to protect their economic interests—is relatively insignificant on a continental level. Taken together, however, they assume a rather more dangerous profile as far as China is concerned. Things are getting messy for China in Africa, and as they expand even further they’re only going to get messier.

Chinese diplomats are realizing that this will eventually entail a change of approach. No longer can China maintain its policy of strict non-interference in the politics of the continent. Speaking to state-run China Daily last month, former Chinese ambassador to South Africa and Zimbabwe Liu Guijin said China was learning its lessons. “For instance, the removal of Chinese from Libya last year proved China couldn’t ignore the issues of peace and security in Africa,” he said. “They directly affect China’s increasing interests there.”

He added: “In some regional conflicts, we can be mediators and give advice and help arrange the peace process.” Easier said than done, however, as China has discovered in the Sudans.

It was inevitable, really. The more entrenched China becomes in Africa, the more it will get caught up in the vagaries of local and regional politics. How it responds will determine what the next chapter of China’s involvement in Africa looks like, and will tell the rest of us a little more about their intentions. DM