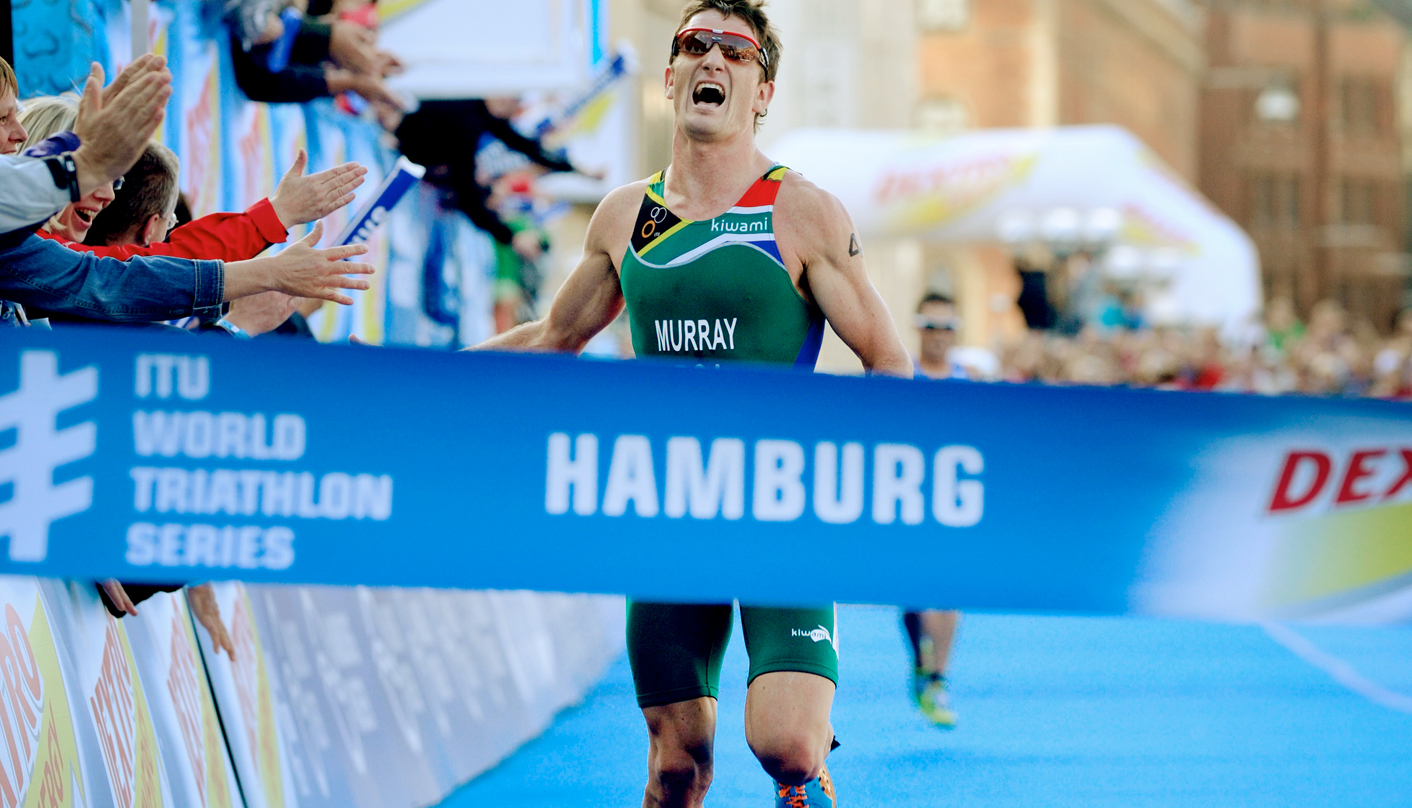 Alistair Brownlee might be the UK’s firm favourite for gold in triathlon at the London 2012 Olympic Games, but the Brits may have a little surprise coming in the form of Richard Murray, who hails from Cape Town, South Africa. By MANDY DE WAAL.

“The realisation that the games is a(n) Olympic Distance triathlon and not a sprint is very solid in my mind at the moment, but on the day of the 7th of August 2012… ANYTHING is possible.” This is triathlete Richard Murray, was writing on his blog in the days leading up to the Olympics.

All eyes are on South Africa’s swimmers and athletes to bring home the gold, but Murray – South Africa’s only male triathlete at the London 2012 Olympic Games – has had a hell of a run this year, and looks set to be a real contender.

The SA and world junior duathlon champion only switched to professional triathlon at the beginning of 2011, but this didn’t stop him from taking his maiden win on the eve of the Olympics. Murray ran an incredibly fast time in the sprint leg of the Triathlon World Series in Hamburg, Germany on 21 July 2012, outsprinting Javier Gomez of Spain (two-time world champion) by five seconds.

“Some 60 men on the start list and only 3 places on the podium – I needed to have a killer swim to hold on to the front pack,” Murray wrote on his blog after the race. “With a big dive start, which I really love, we set off towards the three buoys which were set around 200-230meters from the pontoon. Starting on the far left, as I was called out last, I soon saw that I was leading the group from the left of the field.

“Out the water with some of the biggest names in the sport after a very fast swim, I was only 20-odd seconds behind Javier Gomez. With everyone having a super quick T1, I needed to punish myself on the bike.”

Off the bike, Murray writes about the magnificent run that saw him take Gomez: “At around 500 metres, I put in a surge at around 2:40-2:45/km for the 1st 1-2km; this may have been a rather long surge. I was feeling strong and in control of my pace and body, and knew that the pace we were running was a bit insane. I decided to not look back, keep my head down, and run fast.”

Triathlon is a relatively new Olympics sport, which is possibly why Murray’s been under the radar. The first swim-ride-run took place in Sydney, where some 500,000 spectators pitched up to watch the maiden Olympic triathlon in 2000.

The 2012 event takes place in Hyde Park, famous for its speakers’ corner and for being one of the biggest parks in the UK. With a field of 55 men, Murray will swim 1,500m, ride seven laps of a 6.137km course to complete a 43km bike race, and finish off with a 10km run.

The 23-year-old from Durbanville, Cape Town, who’s been training in Europe for some time now, told SASCO’s ‘Road to London’ that he’s more than up for the challenge.

“Training has gone well, and focus has been 100% on the Games for the past month; every thought goes into how I can make things better/faster and more economic,” Murray said.

“The Games are something very special to me, and I feel like I am the fittest I have ever been in my life at the moment… peaking at the right time for the Games.”