Generation U: Africa’s era of unemployment 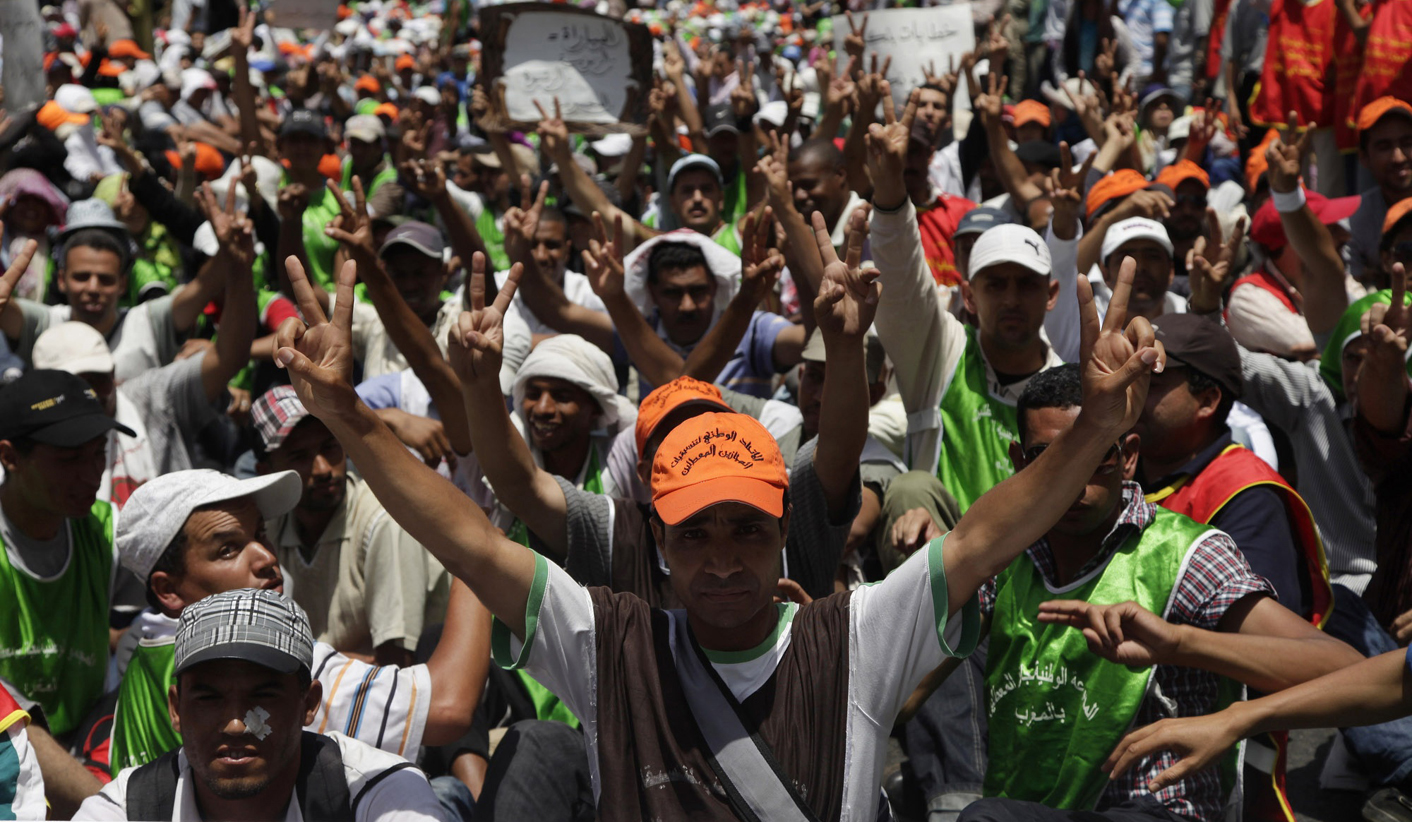 The latest African Economic Outlook paints a promising picture for the continent, but crucially, it also warns that the scourge of youth unemployment will impact severely on the capacity of African states. By KHADIJA PATEL.

The latest African Economic Outlook (AEO) has been released, and it’s optimistic. A joint project of the African Development Bank (AfDB), the OECD Development Centre, the United Nations Economic Commission for Africa (UNECA) and the UN Development Programme (UNDP), the AEO predicts that Africa will continue to be one of the fastest-growing regions in the world, having escaped the worst of the global financial crisis. In fact, the continent has seen year-on-year economic growth while economies in Europe and the US stagnate under pressure from the recession. In line with this trend, Africa is expected to grow 4.5% this year and 4.8% next.

The news is, however, not all rosy. The report warns that the sheer scale of jobless growth, coupled with the world’s youngest population, gravely imperils further progress. According to the AEO, Africans aged between 15 and 24 currently comprise 60% of the continent’s unemployed. More worryingly, 22 million of those 40 million unemployed young people have already abandoned their search for a job. And the situation is set to worsen – the number of young people in Africa is expected to double to around 400 million by 2045, from 200 million currently.

Although the new discourse of ‘Africa rising’ is a welcome change from painting Africa as an abject failure, one danger of this discourse is airbrushing the significant challenges the continent still does face – despite the pretty picture painted by economic growth forecasts. As AfDB chief economist Mthuli Ncube says, “The issue of youth unemployment is the elephant in the room in Africa.”

The 293-page study, themed “Promoting Youth Unemployment”, urges governments rigorously to pursue incentive-based programmes to help facilitate job creation. The South African experience, however, proves that this is easier said than done. Despite the government’s pious protestations and grand schemes, there still exists a huge failing in the number and kind of opportunities available to young South Africans.

Last month, Ambar Narayan, World Bank lead economist on poverty reduction, noted that this asymmetry in opportunity demonstrates the failure of South Africa to level the playing field.  Speaking at the release of the “South African Economic Update: Inequality of Opportunity” report, he emphasised that it was young people who were most affected by “this inequality of opportunity, particularly in the labour market, [which] is the highest for the youngest age group.”

Sandeep Mahajan, World Bank task team leader for the latest report, says: “Our results show that a South African child not only has to work harder to overcome the disadvantages at birth due to circumstances, but having done so, finds [that] these re-emerge when seeking employment later in life.”

Ncube notes that not only in South Africa, but across the continent, these issues of inclusion and exclusion from the economy and public life are crucial to understanding why youth unemployment is such a great challenge for African states. “The youth bear the burden of shrinking opportunities,” he says. “And if young people see no space for themselves in the economy, circumstances for social strife are then rife.”

The scrutiny then falls on explaining how exactly we got to this situation.

Ncube believes the high incidence of youth unemployment is traced back to inefficient education systems that fail to educate young people well enough to meet the needs of society and the economy. Key to addressing the problem, Ncube believes, is the education sector. “Education must be reformed,” he says.

Independent policy analyst Ebrahim Khalil-Hassen agrees that the failure of education systems is the most conventional explanation in countries with high incidences of youth unemployment. He adds, however, that another explanation is to view the problem in the context of rising levels of youth unemployment worldwide – understanding the problem as a global one, then, instead of a particularly African one.

Hassen points to research by Rulof Burger and Dieter von Fintel, which is based in a South African context and suggests that the issue of youth unemployment may actually be misunderstood as a fundamentally generational issue. “(The study) argues that time alone will not solve the problems facing the currently unemployed young people. In other words, without a longer term strategy, the reality of being unemployed at 21 in any year will continue throughout this person’s life. The key to this argument is that the South African economy has shifted to become more skilled, and at the same time a large number of young, unskilled and African people looking for a job has increased,” Hassen says.

Ncube stresses that in Tunisia, where he is based, the effects of youth unemployment on politics are already being seen. “In Tunisia, the revolution was based on two things: jobs and justice,” he says. “On the one hand, there is a great number of young people whose skills don’t match the opportunities available to them, and on the other hand, the system was perceived to be unjust. It was seen as a closed economic space, and it created the sense of exclusion from real opportunities for the majority of Tunisians.”

Hassen agrees that the high incidence of youth unemployment may well lead to greater social and political upheaval. “There is the ticking bomb factor with these statistics. It points to the possibility of higher levels of social unrest,” he says.

Ncube believes that there is a momentum among African states to address youth unemployment more forcefully. “African countries are raising awareness of the problem,” he explains.

South Africa’s statistics offer a rather grim outlook on what life is really like beyond the daily political spectacle. The rate of unemployment, at 25.2% (or 33%, if discouraged workers are included), is among the world’s highest. Social grants make up 70% of the income of the poorest 20% of South Africans, and if these grants were excluded, 40% of South Africans would have seen their income decline in the first decade after Apartheid.

According to an International Labour Organisation (ILO) report, young people today are three times more likely be unemployed compared to mature adults, while one in five young working people live on R8 a day. Statistics released by the latest Labour Force Survey don’t offer a more promising picture for South African youth, either – youth unemployment has increased by 9.9% since the last quarter, and is now standing at a staggering 42%. This, of couse, is without the number of young people who have already given up their pursuit of employment.

“The numbers are really depressing,” Hassen notes. “There are more people unemployed today than there were in 2008.” Economic equality, equality of opportunity, and issues of inclusion in the economy are all fundamental to a sense of democracy, Hassen believes. “A society that has more than 50% of young people unemployed is not a functioning society,” he says.

Hassen explains that in South Africa, the momentum towards a job-seeker’s grant, which emerged from the ANC Policy Conference in June, may be one solution to South Africa addressing its challenge of youth unemployment.

“If it works properly, like it’s done in Latin America, where the grant is linked directly employment opportunities, it could make a difference, providing a basic level of income to those who need it most,” he says. “I personally think it’s the right approach.”

But, he adds, the youth wage subsidy should not be disregarded as an option. “Given the level of the crisis, a range of options should be tried,” he says.

Meanwhile, others believe the first step remains in education and skills development. “Africa has a skills shortage, and at the same time has this high rate of youth unemployment,” Ncube says.

“There is an opportunity in skilling these people.” DM

Photo: Unemployed graduates shout slogans as they protest against unemployment and the cost of living in Morocco in Rabat, July 5, 2012. REUTERS/Stringer.