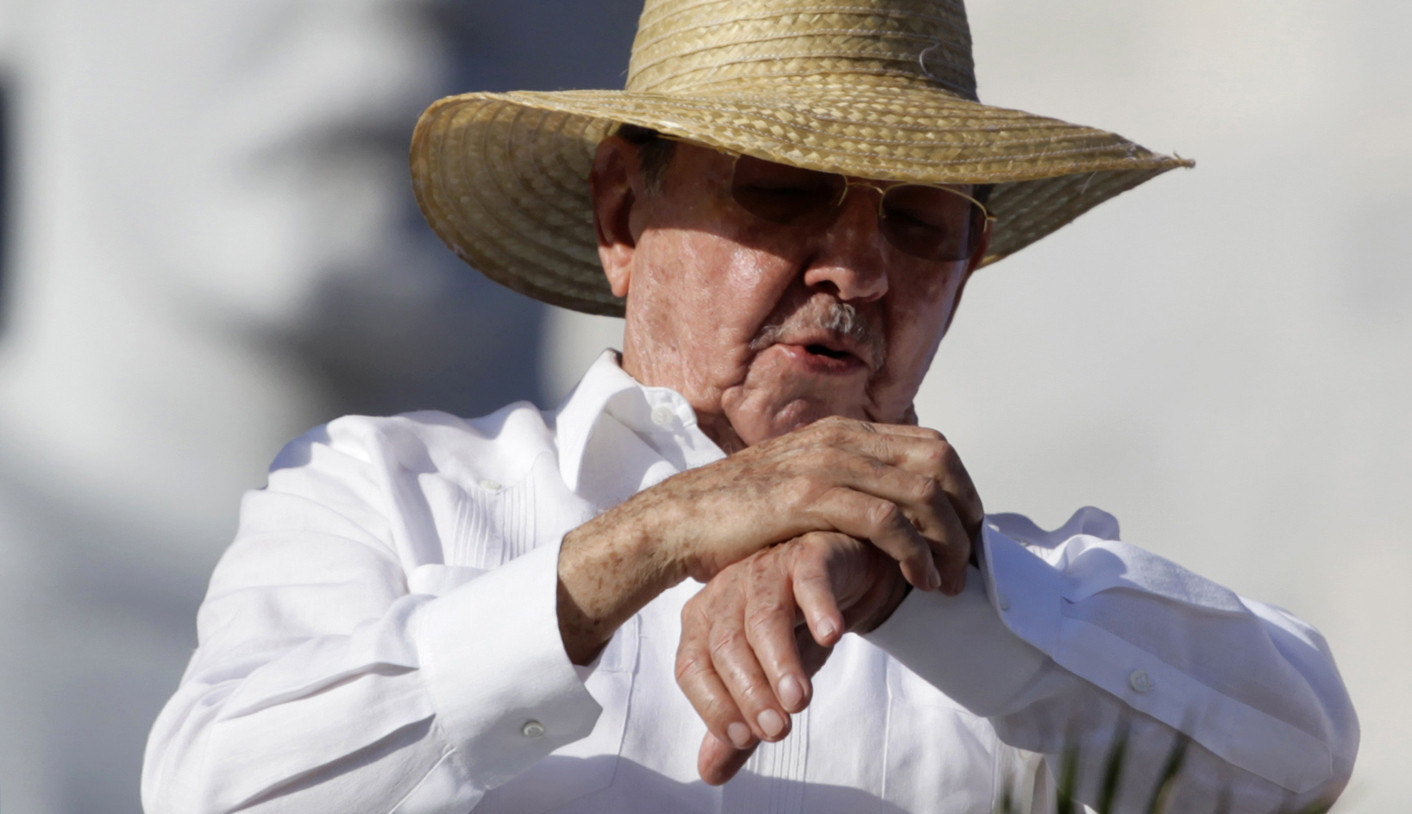 Cuba adopted a new tax code this week and said it would loosen regulations on some state companies while turning others into cooperatives, as one of the world's last Soviet-style economies moves in a more market-friendly direction. By Marc Frank.

The plans were announced at a session of the National Assembly, which passed the country’s first comprehensive tax code since the 1959 revolution on the communist-ruled island.

Foreign journalists were barred from Monday’s meeting, only portions of which were later broadcast by the official media.

President Raul Castro, 81, has liberalized regulations for small businesses and farming, and begun leasing small state retail outlets to employees since taking over for his ailing older brother Fidel in 2008. But he now appears ready, says Cuba expert Phil Peters, “to put some meat on the bone.”

Marino Murillo, head of the Communist Party commission responsible for implementing reforms approved at a party Congress last year, characterized the tax law as providing the basis for “bringing up to date the economic model,” while releasing few details of the code.

The new law takes effect next year and is scheduled for publication next month.

Castro’s point man for reform said it would gradually replace an old Soviet-style system and eventually require everyone to pay income and property taxes for the first time since the 1960s.

Murillo, in a two-hour presentation to the National Assembly, announced that an unspecified number of state companies would be partially deregulated by the end of the year.

He said the companies, previously part of various ministries, would be able to make day-to-day business decisions without waiting for government approval, manage their labor relations and set prices. After meeting state contracts, they will also be able to sell excess production on the open market.

The companies will be self-financed, including through bank credits, and expected to cover their losses, versus handing over all profit to the state and receiving financing and subsidies from the treasury.

Instead of being micro-managed by the ministries, Murillo said the companies would be evaluated by “four or five indicators” such as earnings, the relation of productivity to salaries and their ability to meet the terms of state contracts.

Murillo also announced that 222 small to medium-sized state businesses were preparing to become cooperatives, ranging from restaurants and produce markets to shrimp breeding and transportation.

The cooperatives will lease state property and equipment at 10-year renewable intervals, operate on a market basis, pay taxes like other companies and divide profits among members as they see fit, Murillo said.

“They have been rolling things out one by one on a slow but steady timetable and my guess is they will continue to do so. It’s a timeline that goes to 2015,” Peters, a vice president of the Virginia-based Lexington Institute, said.

“Now they are getting to the things that really have the ability to increase the size of the private sector and create the savings in the state sector that they say are their targets,” he said.

Cuba, with a foreign debt of more than $22 billion according to Reuters’ estimates and still mired in a post-Soviet crisis after 20 years, has no choice but to change its inefficient ways, government insiders say.

Marino said as much during the National Assembly meeting.

“We are not calling for turmoil … but the reality of life shows we can not maintain (a command economy),” he said.

The five-year reform plan calls for moving from government administration of just about the entire economy to managing it through “indirect” means such as taxes and bank credits.

Most retail services and minor production and farming are scheduled to go over to a “non-state” sector that will account for more than 40 percent of the labor force, compared with the current 15 percent.

At the same time, the Communist Party plans to move away from a paternalistic state system of collective work and consumption to one where individual effort is better rewarded. Across the board subsidized goods and services are to be replaced by targeted welfare.

Castro, who closed the National Assembly meeting, said the new measures would “permit the state to forget about the administration of a set of secondary services and productions and concentrate on improving the management of the basic means of production which will remain as socialist state companies.”

Murillo also announced that the government would lease to its employees more than 1,000 small cafeterias, following in the footsteps of barbershops, hairdressers and a host of other minor services let go over the last few years.

The former state establishments now must compete head to head with a burgeoning small business sector of more than 300,000 mom-and-pop operations, including restaurants and other small companies.

Murillo said the new tax code would cut small business taxes on average by between 3 and 7 percent and provide other benefits for start-ups, such as eliminating the labor tax for those with five employees or less.

Photo: Cuba’s President Raul Castro looks at his watch at the May Day parade in Havana’s Revolution Square May 1, 2012. A red-tinged sea of Cubans marched through Havana’s Revolution Square on Tuesday in a May Day parade that affirmed the government’s intention of assuring a communist future for the Caribbean island. Raul Castro, 80, has launched a series of reforms encouraging more private initiative and reducing state dominance of the fragile Soviet-style economy put in place after Cuba’s 1959 revolution. REUTERS/Desmond Boylan