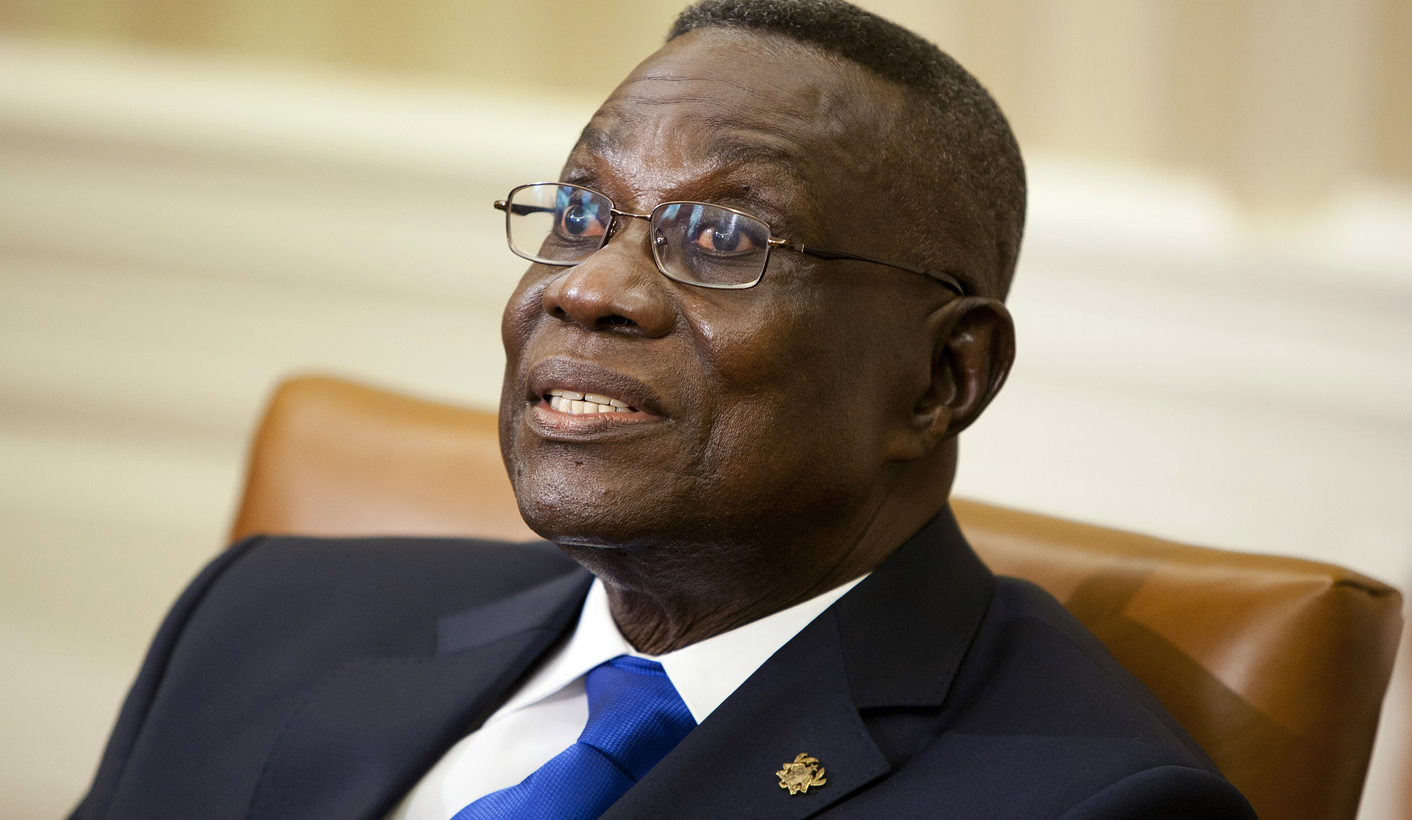 Ghana's President John Atta Mills, who won international praise as leader of a stable model democracy in Africa, died suddenly on Tuesday and will be succeeded by his vice-president in the West African oil, gold and cocoa producer, officials said. Mills was 68. By Kwasi Kpodo.

The unexpected death of the leader of the world’s No. 2 cocoa grower comes months before he was due to stand for re-election in December.

Ghana, also a major African gold producer, started pumping oil in 2010 and posted double-digit growth in 2011, burnishing its image as an increasingly attractive investment destination on the continent. It was praised for its healthy democracy.

“It is with a heavy heart … that we announce the sudden and untimely death of the president of the Republic of Ghana,” a statement sent to Reuters by the president’s office said.

The president’s office said that Mills, who celebrated his 68th birthday on Saturday, died a few hours after being taken ill, but no further details were given.

A presidential aide, who asked not to be named, said the president had complained of pains on Monday evening and died early on Tuesday afternoon when his condition worsened.

Mills had returned from medical checks in the United States a few weeks ago.

“The election calendar remains unchanged – it’s purely a party matter,” election chief Kwadwo Afari-Gyan told Reuters, explaining that it was up to the ruling National Democratic Congress (NDC) to find a candidate to replace Mills.

Trained as a lawyer and taxation expert, Mills had overseen Ghana’s emergence as one of Africa’s newest oil producers two years ago, winning plaudits both at home and abroad for his sound economic policies and commitment to democracy and good governance.

In March, U.S. President Barack Obama received the Ghanaian president in the Oval Office and praised him and his country as “a good-news story” in Africa.

Previous rumours about Mills’s possible ill health had swirled in the last few weeks and he travelled last month to the United States for medical treatment.

On that occasion, he had joked with reporters on his departure from the capital Accra about rumours of his death, asking them: “Are you seeing a person who has died?”

Mills, who won a close-fought, two-round election in 2008 by beating off rival Nana Akufo-Addo of the then-ruling New Patriotic Party (NPP), was preparing to bid for a second term in polls set for December, once again against arch-foe Akufo-Addo.

Mills and his National Democratic Congress (NDC) party have had to manage high expectations among ordinary Ghanaians awaiting benefits from the country’s oil production.

But he had always made a point of stressing the need for political stability in an often turbulent region – coups in Mali and Guinea-Bissau this year have blotted the continent’s advances in democracy and governance.

“We are going to ensure that there is peace before, during, after the (December) election, because when there is no peace, it’s not the elitists who will suffer, it’s the ordinary people who have elected us into office,” Mills told Obama in March.

Neighbour Ivory Coast has not been so peaceful, suffering months of violence last year after a disputed election. Near-neighbours Liberia and Sierra Leone suffered years of war.

Ghana has seen democratic elections decide its leadership no fewer than four times since the last military coup in 1981, a rare feat in a region where power is still just as often determined by the bullet as by the ballot.

Mills had served as vice-president to President Jerry Rawlings, a fiery former coup leader, who stood down in 2000 after two elected terms under the democratic constitution Rawlings himself had introduced.

Mills’s 2008 victory was his third attempt at the presidency. He had lost twice to John Kufuor in elections in 2000 and 2004. DM