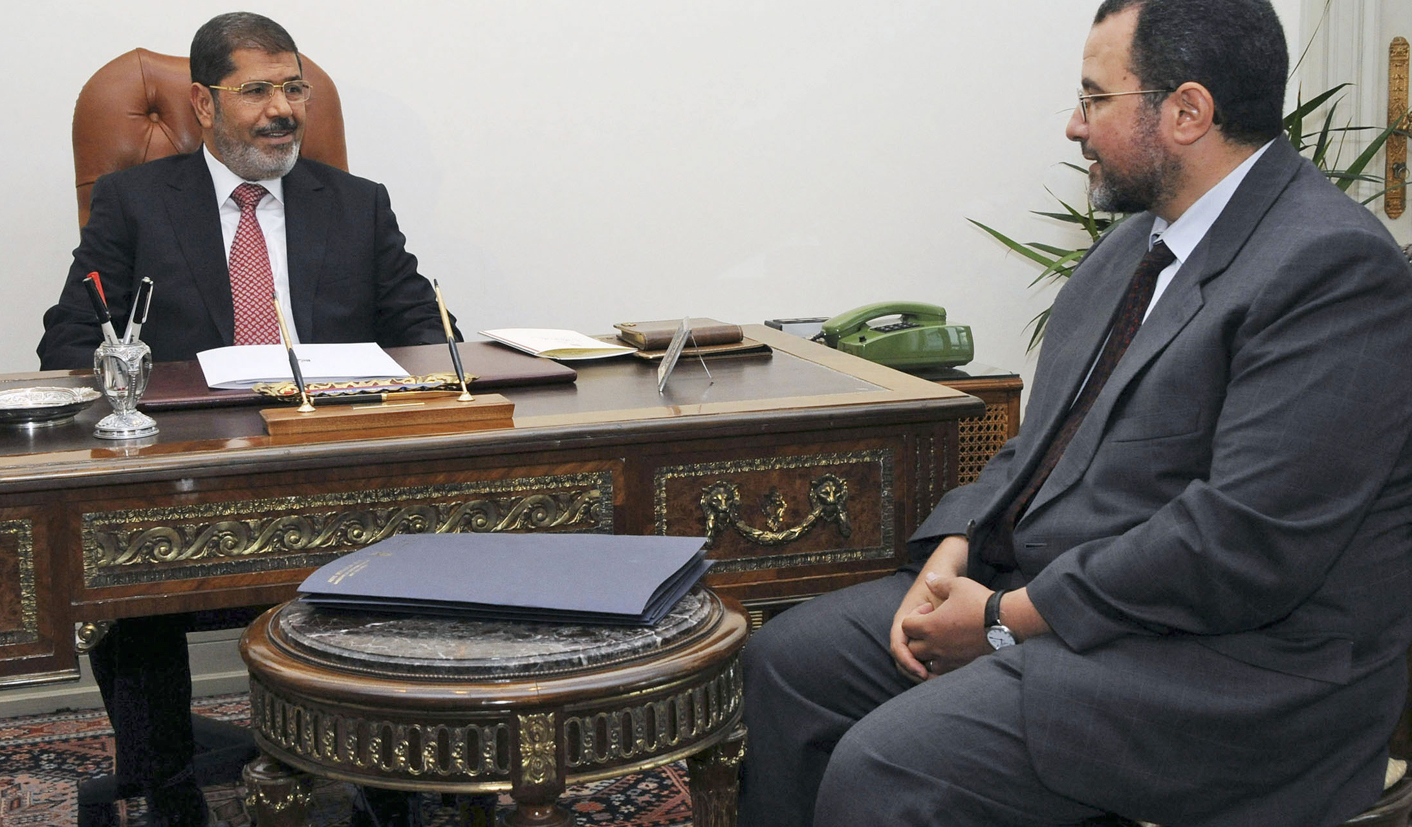 President Mohamed Mursi appointed Irrigation Minister Hisham Kandil as Egypt's prime minister-designate on Tuesday but critics questioned whether the little-known technocrat had the political or economic experience for the job. By Tom Perry.

Investors had been hoping for someone able to tackle Egypt’s urgent economic problems and the main stock market fell 1 percent on the appointment, which was announced three weeks after Mursi was sworn in.

The time it had taken Mursi to name his new prime minister underlined how Egypt is struggling to turn the new political freedom brought by the overthrow of Hosni Mubarak into an effective government.

Mursi, a Muslim Brotherhood politician and the country’s first civilian president, is seeking to stamp his authority on a state where the military that assumed power from Mubarak last year still looms large.

Highlighting the continued influence of the generals, Kandil said Mursi was in contact with them on the choice of the new defence minister, a post currently held by Field Marshal Hussein Tantawi, who held the post under Mubarak.

Critics of Mursi’s Islamist movement questioned his choice of a prime minister who they said lacked the clout to bridge deep political divisions.

But his appointment will allow Mursi to exert greater control over a day to day government that is still being overseen by a cabinet appointed last year by the military leadership, which handed authority to Mursi on June 30.

“It’s clear that Kandil wasn’t Mursi’s first choice,” said Shadi Hamid, a political analyst at the Brookings Doha Center. “The prime minister job at this juncture is not an attractive one for high-profile figures. It is a very risky one to accept.”

Kandil will need to move fast to address acute economic problems including a looming balance of payments crisis and unaffordable state borrowing costs.

A spokesman for Mursi, Egypt’s first freely elected president, described Kandil as an “independent patriot” who had not belonged to a party either before or after the uprising against Mubarak, according to the state news agency MENA.

Kandil’s beard and tightly cropped moustache has generated speculation of Islamist affiliations, something he has denied, saying he wears a beard out of religious piety.

He did not feature in the long list of potential candidates for prime minister circulated by Egyptian media since Mursi took office. That speculation had focused on a group of economists including past and present central bank officials, meaning Kandil’s appointment was greeted with some incredulity.

“This is quite a surprise as most of the names put around had been from the financial sector. The market is definitely reacting negatively,” said Mohamed Radwan at Pharos Securities.

Ahmed Maher, a leading activist in April 6, one of the youth movements that helped ignite the anti-Mubarak uprising, described the selection as “shocking”.

The Brotherhood had promised someone with strong economic and political experience, he said. “But instead we got someone we know nothing about,” he said on the group’s Facebook page.

Basel Adel, a member of the liberal Free Egyptians Party, also said the decision was a surprise. “I can’t find a reason for this choice,” he told Reuters. “What are his abilities to take the post of prime minister?” he asked. “Was he chosen because he is soft and will obey orders?”

Aged 49, according to a profile published by the official news agency, Kandil is the youngest prime minister since Gamal Abdel Nasser, who came to power in 1954 as both head of state and head of government.

Kandil, speaking after a meeting with Mursi, promised a cabinet of technocrats. “Competence will be the prime measure in choosing the ministers,” he said. Mursi has repeatedly promised a coalition government.

Kandil said his first priority would be to implement Mursi’s plan for his first 100 days in office, including easing traffic congestion and public cleanliness, while ending bread and fuel shortages.

Kandil was a senior bureaucrat in the ministry until he was appointed minister in July last year after Mubarak was overthrown.

He obtained a doctorate in irrigation from the University of North Carolina in the United States in 1993, according to his ministry’s Facebook page. Kandil recently accompanied Mursi to an African Union summit in Addis Ababa. DM